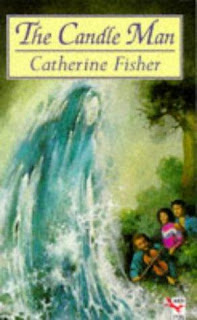 Sorry to disappear for a couple of days, I think my life is now back on track. Both hubby and I have been really poorly all week, so we ended up just letting things go and chilling out for a few days. Lots of TV and reading, although my eyes have given me a bit of trouble as hay fever has set in and I want to scratch my eyes out. I am resembling a frog at the moment. I didn't even bother taking pictures on the 25th this month, so plan to cheat and take them today instead. The 25th's pictures would have just consisted of me sleeping and looking like a frog!

Thank you for all your kind comments, you all made me feel very wanted in the blogging community.

I am a little behind on my reviews, so I thought I would do these two in one post today, as I finished them last week. They will be very quick reviews as I am still playing catch up, but I wanted to share. The rest of the week will be a little bit book heavy in order for me to catch up on my reviews. So apologies to any of my scrapbooking bloggers.

So back to reviews.

The Candle Man and Fintan's Tower are two books that are in the volume The Glass Tower, along with The Conjuror's Game, which I reviewed last week.

Starting with The Candleman by Catherine Fisher

The Candle Man is set in Wales right by the river Severn. The story is about a convicted criminal called Meurig, who has returned to his hometown to take over the watch tower that keeps an eye on the sea levels. He is also on a mission to retrieve a candle that will end his life, if it ever allowed to burn to its end. With the help of Conor, the local landlady's son and Sara, his friend they set off to retrieve the candle. Firstly have to try and retrieve the candle from the old school teacher who collects antiques. They manage to do this successfully, but encounter problems on returning to the watch tower. Hafran, the goddess of the sea and the one who cursed Meurig in the first place, manages to get the candle from Conor, by dragging him into the sea. The group then set off on a dangerous journey into the sea to retrieve the candle from Hafran's lair.

I enjoyed this book the most out of the three I read by Catherine Fisher. I loved the setting, stories set by the water always grab my attention. The characters are well written and believable. The story is fast paced from the beginning and there is even a little romance.

This book was released in 1994 originally before being re released in The Glass Tower volume in 2004. The Candle Man won the TIR No nOg Prize when it was first released. 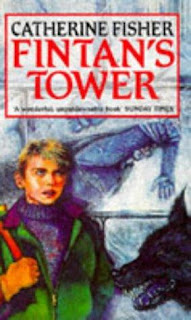 Fintans Tower is a relatively short book and would be ideal for anyone struggling to complete the Once Upon A Time challenge.

A young boy called Jamie comes across a book in his local library which has his name on it. Within the pages of the book, it appears that the story has yet to be written. Jamie discovers that the book is magical and will answer questions concerning what it can be used for. Jamie realises that he is not the only one interested in the book. Three other people are now searching for him to help them get into Fintans Tower, which exists in a parallel world. Only Jamie can help them as it is his only his name that appears on the book and only he the book will speak to. Morgant and his aide, Gavan want to get to the tower to rescue the prisoner and warn Jamie about Cai who they believe is after the Cauldron, which would provide the owner of it with all the knowledge of the world.

So Jamie and his sister set out during an eclipse to help Morgant and Gavan pass through to the other land and search for the Tower. On their journey, Jamie realises that Morgant is not really telling him the truth and wishes to steal the Cauldron for himself. They escape from Morgant and run into Cai and aid him in rescuing the prisoner from the tower. which they do successful after a few dangerous encounters along the way.

This story was enjoyable and fast paced. The passing over from one land to another was believable and the characters were interesting.

I enjoyed reading the books in the The Glass Tower volume, however out of the three, the one I enjoyed the most was The Candle Man. If you are struggling to fulfil the Once Upon a Time challenge then I would recommend these three books as they are very quick to read.

Have you read anything by Catherine Fisher, please let me know if you have.

I hope to catch up with all your lovely blogs today, I feel terrible that I have missed out on reading them. Bye for now.