On the trail of the lonesome lobster.

In 1936 an internationally known photographer and artist called L.Moholy-Nagey came and settled in a little town called Littlehampton, situated by the sea and stayed for two years. Whilst he was there, he took a keen interest in the local fisherman and their catches each day, especially the lobsters. He decided to make a film about it, which was to become the first of its kind. It was the first underwater film ever to be shot and up until recently no one knew where it had been filmed.

L. Monology Nagey was a Bauhaus artist and has art work exhibited all over the world. Pieces of his work can be found in the National Gallery of Art in Washington D.C. There is even an institute named after him in Budapest. His family have set up a foundation in his name in order to study his life and his work.

The lobster film is a 15 minute documentary which looks at the lives of the lobster fisherman in a thriving lobster fishing industry and how the lobsters interact under water. During the Easter holidays, a campaign to make this little known film reach a wider audience was set up and the Littlehampton Museum set up a trail to show exactly where parts of this film were shot.

They were even lucky enough to find one surviving member of the stars of the film and that was Peter Burtenshaw, who happened to be the child in the film getting ready to go out fishing with his father who owned the Gwendoline. 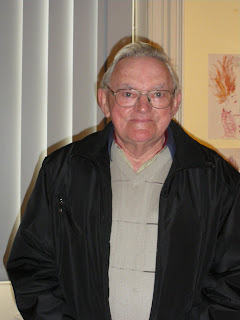 After we watched the film, Peter talked to us about what life used to be like during the 1930's in Littlehampton and how it had been a very busy fishing port then. If you saw it now, you would not believe it, as it has become a fairly quiet tourist attraction now. 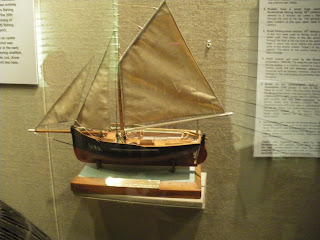 This is a replica of the Gwendoline, which was the boat from the film. 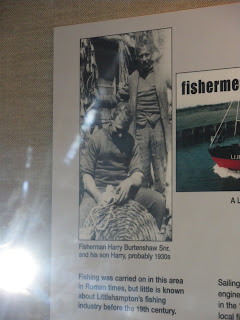 This is an article in the museum about Peter's grandfather and uncle, who were also featured in the film. 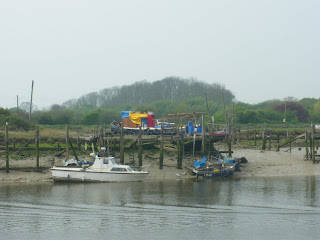 After watching the film and talking to Peter, we headed off around the town to see where parts of the film were shot. This picture shows where the Gwendoline used to be moored in the 1930's 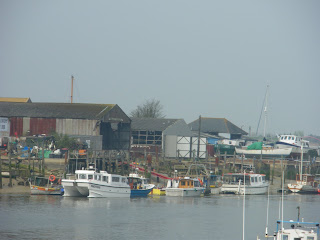 This picture shows what remains of the historic boatyards where they used to make the lobster pots. This is also the where the first Blue Peter lifeboat was made. I was also told that the white building was where Arthur Ransome, author of Swallows and Amazons, had his boat, The Swallow built. Unfortunately I haven't been able to find any information to corroborate this. 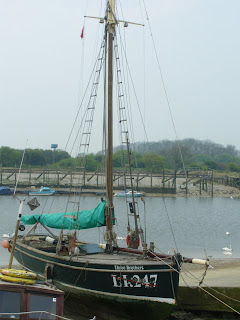 This is a modern replica of Gwendoline, but very similar to how the boat would have been then. 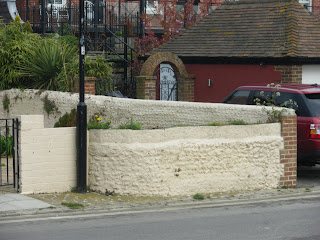 This wall was where they filmed the bait being added to all the lobster pots. Apparently they would normally fill them inside, but Moholy found the lighting to dark and they were moved to this spot for location shots. 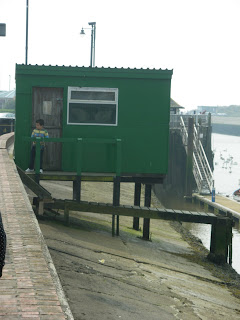 This used to be the old Bait Hut during the filming. Unfortunately it no longer seems to be in use as apparently, at really high tides it will flood. 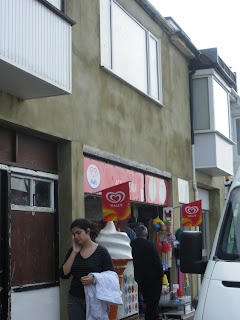 This used to be a famous ice cream shop at the time of the film, known as Crolla's Ice shop. Opposite the shop, the fisherman would weigh and stack the lobster pots, ready to take on board. 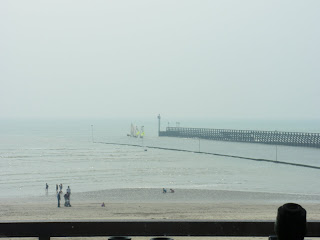 On the tour, our last stop was the coast guard tower, where we were given the opportunity to go up and talk to the coastguard and get some lovely pictures of the river flowing out to the sea.
We really enjoyed this tour and found it fascinating to find out lots of information about a town near us. There are plans for a major exhibition about this film through the museum in 2010,with the help of the Heritage Lottery Fund and more tours are also planned for the coming months.

I hope you have enjoyed a little bit of local history and a tour thrown in too. Thanks for stopping by.
at April 28, 2009