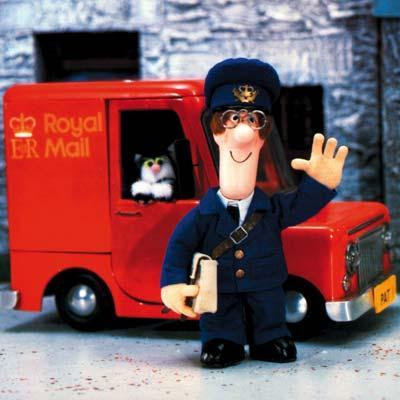 Do you like Postman Pat? How many episodes of that have I sat through over the years, with my girlies when they were young.

Anyway back to my mail this week.
I received a lovely email from Rosy Thornton this week, asking me if she could send me a copy of her book. She had read my comments over at Amanda's site The Zen Leaf and wondered if I would like to read it and review. I was over the moon to receive it as I had nearly picked it up in the library. 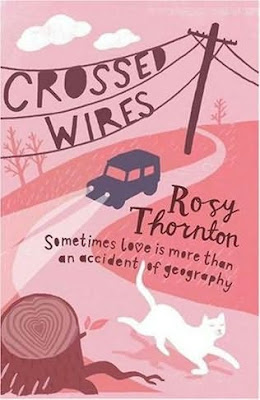 Another one came through the post this week, the rest I picked up around the charity shops and at the boot sale. 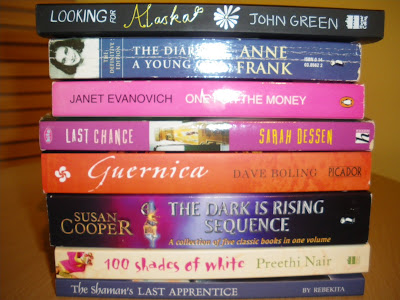 1) Looking for Alaska by John Green. I won this book recently over at Michelle's site Fluttering Butterflies.

2) The Diary of Anne Frank. This is one of those books I am ashamed to say I have never read. I feel really bad about that as I do think it is a book that should be read.

3) One For the Money - Janet Evanovich - I bought this because I wanted to know what everyone was going on about. You know I hate to be left out of things!

4) Last Chance - Sarah Dessen - again I hate to be left out of things and Sarah Dessen is creating a lot of attention recently.

5) Geurnica by Dave Boling. This one seems to have mixed reviews and it has only just come out in paperback. Here is a little snippet of what it is about.
'An atrocity that occurred in 1937 was the bombing of the Basque town Guernica as a way for the German's to test their modern warfare techniques and Franco to stamp his authority on the famously stubborn Basque people. `Guernica' follows a Basque family over three generations in the lead up, during and after the bombing that left many dead and many more injured. '

6) The Dark is Rising by Susan Cooper - this is the 5 books of the series all in one book. Here is a snippet of information about the series.
Originally published in the 1960s and 1970s. The series is written as contemporary fantasy and depicts the struggle between the forces of good, called The Light, and the forces of evil, known as The Dark. The series is based on the Arthurian myths, with many connections to Celtic and Norse legend and is written primarily for older children and young adults.

7)100 Shades of White by Preethi Nair -Is about a mother who tells a lie to protect her children and that lie comes back years later to destroy the very people it was meant to protect. Nalini, has a carefree life in India until her husband sends for her and his two small children to come and join him in London. Uprooted, he abandons them ruthlessly and leaves them with nothing. In order to protect the children's' sense of self worth, Nalini tells them that their father died heroically in an accident and whole realities are build on this one lie as their fight for survival begins.

So they are my books that I bought this week. What did you get? Do you have any of the above books? Have you read any of them?
at August 10, 2009