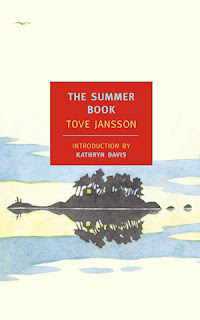 I wasn't going to write a Friday Finds post this week as I have been slow to recover from what now may have possibly been swine flu. I hadn't seen a lot of books that had interested me, however that may just have been my state of mind, rather than the quality of books. Then lo and behold, my lovely book blogging friends throw an abundance of books at me that I just can't resist.

1) The Summer Book by Tove Jansson.
I found this one over at Nymeth's blog Things That Mean A Lot last week and fell in love with it instantly. I am a huge fan of Tove Jansson's Moomin books, so I am pretty sure that I would love this one.

Here is the blurb from Amazon.
The Summer Book is a fresh, vivid and magical novel about seemingly endless summers of discovery. An elderly artist and her six year old granddaughter while away the summer together, on a tiny island in the Gulf of Finland, their solitude disturbed only by migrating birds, sudden storms and an occasional passing boat. Gradually, the two learn to adjust to each other's fears, foibles and yearnings for independence, and a fierce yet understated love emerges - one that engulfs not only the summer inhabitants, but the very island itself. Tove Jansson writes with a special toughness, and with a quiet, dry sense of humour, about a small girl and her grandmother, who as kindred spirits share the long days together. 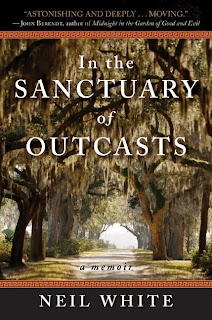 2) In The Sanctuary of Outcasts - A Memoir by Neil White.

I found this one over at Maggie Reads. Maggie ran the Southern Reading Challenge earlier in the year and keeps me supplied with Southern book ideas. This book appealed to me because it is about a colony set up in Louisana for lepers, which was also a prison. Last year I read The Island by Victoria Hislop, which was a fictional acount of a leper colony on an island called Spinalonga and nearly a year after reading that book, it still plays in my mind. I thought this would be an excellent followup.

White was a successful magazine publisher in 1993 when he was convicted of fraud and check kiting and sentenced to prison in Carville, Louisiana. He knew he was facing 18 months without his wife and two young children; he knew his enormous ego and ambition had landed him in prison; he knew he had to figure out a way to save his marriage and somehow rebound financially. What he didn’t know was that the isolated 100-year-old facility at Carville was home to a leper colony of 130 patients. He learned that the patients (some severely disfigured and disabled) and the 250 inmates eyed each other suspiciously across the corridors and breezeway, each thinking the other was the scourge of the earth. Because his work detail brought him into frequent contact with the patients, White developed strong relationships with them. His favorite was Ella, a dignified and beatific elderly black woman, who had lived at Carville for more than 50 years. 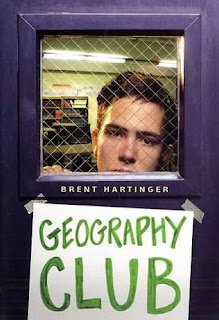 I found this one over at Christina's site Reading Through The Night.

This is a book in a genre that I haven't really read any books from. Christina read it as part of the GBLT challenge which is run by Amanda over at The Zen Leaf. I hope to be able to take part in this challenge next year.

Russel Middlebrook is convinced he's the only gay kid at Goodkind High School. Then his online gay-chat buddy turns out to be none other than Kevin, the popular but closeted star of the school's baseball team. Soon Russel meets other gay students too. There's his best friend, Min, who reveals that she's bisexual, and her soccer-playing girlfriend, Terese. And there's Terese's politically active friend, Ike.
But how can kids this diverse get together without drawing attention to themselves?
"We just choose a club that's so boring, nobody in their right mind would ever in a million years join it. We could call it Geography Club!"
Brent Hartinger's debut novel is a fastpaced, funny, and trenchant portrait of contemporary teenagers who may not learn any actual geography in their latest school club, but who learn plenty about the treacherous social terrain of a typical American high school and the even more dangerous landscape of the human heart.

So they are my finds for this week. They are a little different from my usual choices, but I do like to dabble in different genres. What did you find this week?