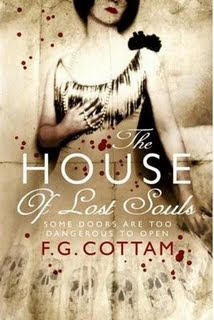 Firstly before I start, I want to wish all my American friends, a happy Thanksgiving. As you know, we don't celebrate it over here, so I forgot all about it yesterday, so my apologies. I hope you are all enjoying your four day weekend and have scheduled in plenty of reading time.

1) The House of Lost Souls by F.G. Cottam

This book attracted me because it was described on Amazon as 'a brilliant and chilling novel . . . will keep readers on the edge of their seats until the very last page.'

Here is the blurb from Fantastic Fiction.
The Fischer House was the scene of a vicious crime in the 1920s - a crime which still resonates as the century turns. At its heart was a beautiful, enigmatic woman called Pandora Gibson-Hoare, a photographer of genius whose only legacy is a handful of photographs and the clues to a mystery. Paul Seaton was lured to the house ten years ago and escaped, a damaged man. Now three students will die unless he dares to go back. But this time he has Nick Mason at his side, and maybe Mason's military skills and visceral courage will be enough. 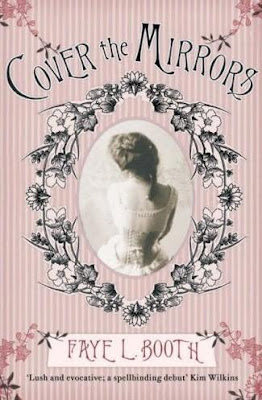 2) Cover the Mirrors by Fay L. Booth
I fell for the charms of this book, because it is set in the Victorian period and has that Gothic feel I just love.

Here is the blurb from Amazon.
It is 1856 and Spiritualism is at the height of its popularity. Molly Pinner has left behind her childhood in the Preston slums and inherited her late aunt Florrie’s mantle as Preston’s most successful medium. It soon becomes clear that her aunt was something far more cunning than a magnet for the spirits of the dead, but Molly puts aside her qualms and takes well to her new trade.
Molly’s relationship with her oldest friend, Jenny, is jeopardized when she begins a passionate affair with local businessman William Hamilton. Before she knows it, Molly finds herself married to a man she cannot love, and pregnant with a child she does not want. In desperation, she makes a decision that will cast her relationship with William in a completely new light.
Trapped and traumatized, and longing to regain her friendship with Jenny, Molly is about to receive a blow that will turn her life upside down. It seems Aunt Florrie lied about more than just her ability to commune with the dead: a truth hidden for years is about to emerge, and it will threaten not only Molly’s livelihood, but her very life.
Cover The Mirrors is a dark and zesty historical novel of distorted truths and suppressed Victorian desires. 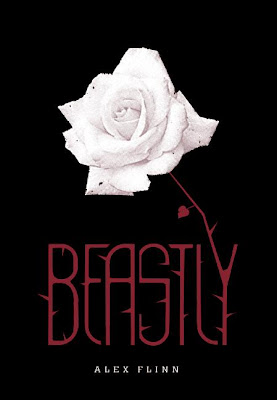 This book is described as a must for fairy tale fans. It has taken the fantastic old story of Beauty and the Beast and brought it into the present.

Here is the blurb from Amazon.
I am a beast.
A beast. Not quite wolf or bear, gorilla or dog but a horrible new creature who walks upright—a creature with fangs and claws and hair springing from every pore. I am a monster.
You think I'm talking fairy tales? No way. The place is New York City. The time is now. It's no deformity, no disease. And I'll stay this way forever—ruined—unless I can break the spell.
Yes, the spell, the one the witch in my English class cast on me. Why did she turn me into a beast who hides by day and prowls by night? I'll tell you. I'll tell you how I used to be Kyle Kingsbury, the guy you wished you were, with money, perfect looks, and the perfect life. And then, I'll tell you how I became perfectly . . . beastly.

So there are my fabulous finds this week. I shall have to wait until after Christmas to attempt to buy them, as I am now on a book ban until January. What books did you find this week?