The Quickening Maze by Adam Foulds 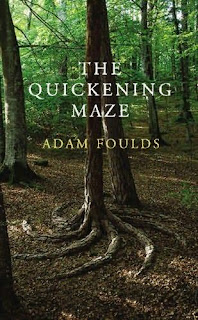 Published in 2009 by Jonathan Cape

He'd been sent out to pick firewood from the forest, sticks and timbers wrenched loose in the storm. Light met him as he stepped outside, the living day met him with its details, the scuffling black bird that had it's nest in their apple tree.

I picked this book up for a couple of different reasons. Firstly I aim to read the complete shortlist for 2009's Man Booker Prize by the end of the year and I am pleased to say that this is the second one I have read. Secondly, I picked this book ahead of others on the list because it is set in my old stomping ground.

The book is based on real events that occurred in Epping Forest in Essex, back in 1840. I used to live in a little town called Waltham Abbey, which is right on the outskirts of Epping Forest. This book is littered with places that I remember so fondly, High Beach and Woodford, not forgetting the now burnt out shell of Copt Hall, a mansion that is alive in the book through it's parties and shows. This old mansion fascinated me all through my childhood and I only got to visit it up close as an adult. 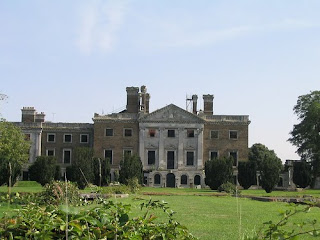 This is only the second time in my life I have found a book that is set on my childhood town. The other book was James Herbert's book, Lair, which I remember actually reading whilst sat in High Beach and precariously looking over my shoulder, in case a stray rat might appear.

I am totally waffling, I know, but I wanted to share with you a place that I have loved and dearly miss since moving to the seaside.

Anyway as I mentioned before, this book is based on real events and looks at the first incarceration of the poet John Clare. He spent years suffering with alcoholism and depression and was sent to live at the High Beach Private Asylum, which was an institution run on principles now referred to as occupational therapy. During his incarceration, another poet Alfred Tennyson moves into the area to be close to his brother, who is also a resident of the asylum.

The book follows the story of the lives of both poets, as well as the doctor who owns the asylum and various inmates.

I really had wanted to love this book, purely because of it's setting, but I found the book a little dry. I felt that although there was a strong tendency to stick to the facts, they lacked any body to them. I wonder if the author was afraid to stray far from the truth, but I do feel he could have padded out the story a little better.

I found some of the scenes in the book rather disturbing. Some of the more severe patients were treated abominably and it made me feel quite sick. I have heard of other situations where patients suffering with madness and insanity are abused whilst in the care of institutions which you hope will care and protect them and it is absolutely shocking to think that these people in need of desperate care are treated worse than slaughter animals.

Unfortunately, I felt no warmth for the characters at all in this book. Even through their suffering, I felt sorry for them, but that was all. They came across as one dimensional and I felt if I blew at them, these cardboard cut outs would just fall to the ground. I almost wondered if perhaps he had written it as his first draft for NaNoWriMo and forgotten to pad it out with detail and vivid descriptions after.

The only star in the book to outshine the rest was the beautiful and haunting Epping Forest. It ran rings around the rest of the characters and could have had a book devoted just to it, rather than adding a few nondescript characters.

The story has no real plot, it just follows the life of the inmates and family over a period of a year broken down into seasons. I suppose the plot really was the great fall of Dr Matthew Allen, who was only concerned with increasing his wealth rather than the welfare of his patients.

I know I am being really harsh, but this book was one of the shortlisted books for the Booker Prize, it should have been so much better. Were the judges asleep or comatosed when reading it? I don't like to criticize books normally, but this one needs a good editor and and needs to be given a lot more body.

I can see why this one didn't win the Booker Prize, as so far I didn't think it was in the same league as The Little Stranger, but as I have yet to read Wolf Hall, the winner, I can't really make a judgement on it.

Have you read this book, if so what did you think of it?