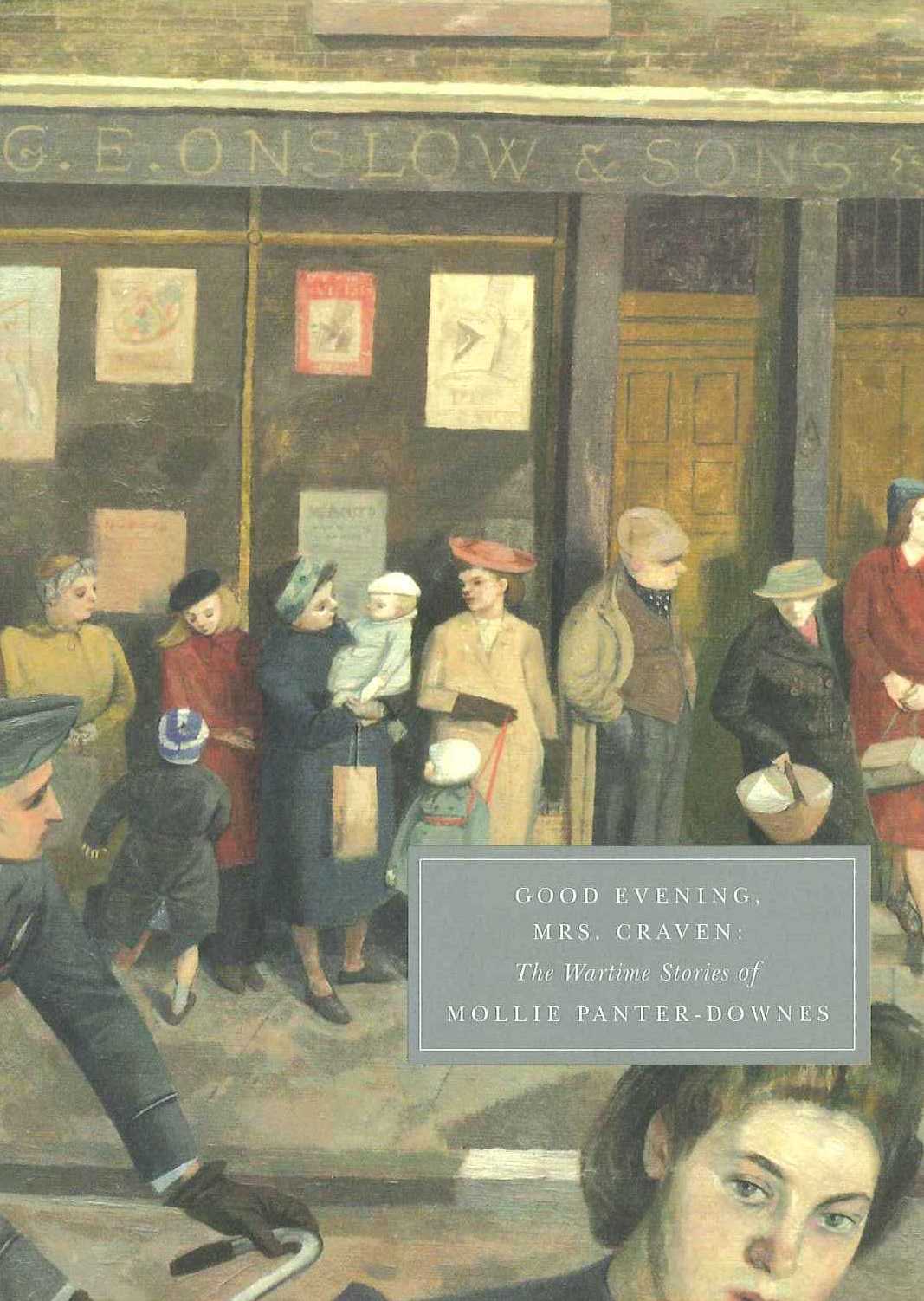 Pages - 190
Published by Persephone in as a Persephone Classic in 2008
The Red Cross sewing party met twice a week in Mrs Ramsay's dining-room to stitch pyjamas, drink a dish of tea, and talk about their menfolk. Mrs Ramsay found pretty soon that she was in possession of all sorts of unsuspected facts about the husbands of the village.
If I ever spot a Persephone book in the library now, I don't think twice about not picking it up. It is almost an instant reaction now.
This book is made up of short stories which were among the collection of stories Mollie Panter Downes wrote for The New Yorker during the Second World War. The stories are bookended by two letters, one signalling the beginning of the war and one acknowledging the end of the war. This book consists of 21 of the stories that were published and quite frankly, that wasn't enough for me. I long to see more of these stories published.
Now you know I don't normally read short stories, but this book really opened my eyes. I absolutely loved this collection. The book was just fantastic. As the stories progress,you get a real feel of how the war changed the people enduring it. You watch as the characters in the stories move from uncertainty,to quiet and solemn victory. I don't think I have really read many books about the Second World War, but this book left me with a thirst for more.
I think the feeling that got me most during the book was the feeling of sheer loneliness. I never considered how young couples and families felt during those long years of separation. I can't imagine how I would have felt if my husband had been sent away for so many years. It must have been so hard on the women left behind and the men returning after such a long absence.
One of my favourite stories within the book is the one the book is named after. Good Evening, Mrs Craven tells the story of an affair. The couple met regularly before the war, one night a week, where they would dine at Porters before returning to the mistresses apartment. The relationship progresses over a period of time, until the war separates them. The mistress realises that she will never know if he is killed in the war, as she isn't his wife. This story gives you a real sense of the loneliness that war caused and the time wasted by families putting their lives on hold until the war ended.
I really enjoyed this book and found it gave me a real sense of how people reacted and felt during the war. How time didn't stand still whilst the war was raging and how life changed so dramatically for all concerned by the end of it.
Another wonderful book by Persephone. Can't wait to get my hands on the next one.