We Can Be Heroes Blog Tour - Is 9/11 A Suitable Topic For Young Readers?

Catherine Bruton, author of We Can Be Heroes, stops by the blog today as part of her blog tour. She has created a rather wonderful and thought provoking piece where she tells us why she thinks 9/11 is a topic that our younger generations should be reading about. 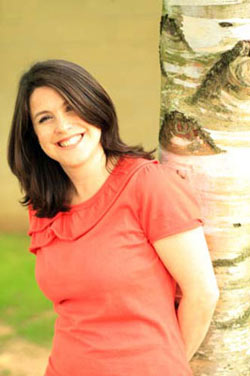 Is 9/11 a suitable topic for young readers?
A couple of weeks ago, I spoke at a conference about 9/11 which was run by Amnesty International and The Three Faiths Forum. At the start they showed a brilliant film of kids being asked what they knew about 9/11 and later there was a session about questions young people had asked about the terrorist attacks. Their responses ranged from blank ignorance (‘Er – dunno,’ ‘never heard of it,’ and, ‘That’s the day we start school, innit?’); via wild conspiracy theories (‘Aint that what the Queen did to kill off Prince William’s mum or summat?’); to dangerous misconstructions (‘My dad said the Hindus planned 9/11 to make the Christians hate the Muslims,’ and, ‘I read on the internet that 4,000 Jews got anonymous messages telling them not to go to work that day so I reckon the Hitler did it.’)

So when people ask me whether 9/11 is a suitable topic for readers of 11+, I tend to argue that not only is it OK for kids’ books to address topics like this, but that it’s probably quite important that they do.
The children in my novel We Can be Heroes are forced to confront racism, the terrorist threat, extremism, Islamophobia and zenophobia. The events of the novel make them ask difficult questions and confront their prejudices. It does not always offer answers because it is not the place of fiction to preach or to convert – but if it provokes debate or makes young readers think that’s surely got to be a good thing, in my opinion.

A recent article in The Wall Street Journal caused a storm in the Twitter-sphere by suggesting that contemporary teen fiction was full of, ‘images not of joy or beauty but of damage, brutality and losses of the most horrendous kinds.’ The author of the article, Meghan Cox Gurdon, appeared to argue that making teen readers confront difficult truths and come face to face with the more challenging aspects of human nature was somehow morally corrosive and spiritually damaging.

Within hours of the article’s publication, the topic became one of Twitter’s top worldwide trends after a British journalist asked YA readers to respond using the hash-tag #YAsaves. By the end of the day there were over 15,000 responses.

That Twitter trend squished Ms Cox Gurdon far more robustly than I can hope to do here. But if I can add my two-penn’orth, I’d say that teen fiction can and should be tackling challenging and troubling topics such as terrorism. Because stories can show young people that not everything is black and white, good and evil, and they do so by making them see things from new perspectives, by opening their eyes to other people’s views on the world and – to borrow a phrase from my favourite author, Harper Lee – by encouraging readers to, ‘climb into [another person’s] skin and walk around in it.’

But I’m also keenly aware of the responsibility a writer takes on if they chose to tackle topics such as terrorism, whether for young readers or old! There are some amazing YA novels which address terrorism and the aftermath of 9/11 (Guantanamo Boy – Anna Perera; An Act of Love and Caught in the Crossfire – Alan Gibbons; My Sister Lives on the Mantlepiece – Annabel Pitcher) but as Carnegie winner Alan Gibbons says in the foreword to his last novel, ‘only enter a dark room if you think you can light the way out.’ So what made me think I had anything to say about 9/11 that was worth hearing?

Well, I suppose it’s because We Can be Heroes is not just about 9/11; at its heart it is a story about bereavement, loss and reconciliation and when I wrote it, these were issues close to my heart, having just lost my own father to cancer (and - duh! – it only dawned on me very recently that I’d written a novel about a kid whose father had died and that this might – just might - be somehow linked to the loss of my own dad, thus proving that writers can be very observant about many things but totally clueless when it comes to reading the mysteries of their own hearts!).

Of course I’d also been researching my article for The Times about children whose parents had died in 9/11. The young people who featured in that article, as well as the experts I interviewed, the 9/11 family members I spoke to and the mountains of research I did all fed into We Can be Heroes. A lot of what the characters say and do in the novel is directly influenced by the interviews I conducted and by issues thrown up in that research. Whilst the events of the novel are entirely fictional and the act of writing a novel is ultimately about imagination, I felt, I think, throughout the process of writing it a real sense of duty to honour and reflect the experiences of those who had inspired the piece.

But I also felt a sense of the need for optimism. Not for providing simplistic solutions or unrealistic happy-ever- afters, but for leaving room for hope. And I suppose in that sense the novel is also driven by my experiences in South Africa. I lived and taught in South Africa and Namibia between 1995 – 1997 when the Truth and Reconciliation process was taking place. The TRC

When I’m not writing novels or articles, I teach English part time at a local high school. And if my years of experience at the chalk-face have taught me anything, it’s that The WSJ journalist who thinks that teen readers should be fed a diet of nothing but happy-ever-afters fundamentally under-estimates the intelligence – and the needs – of young people. Teen readers are amongst the most discerning and enlightened I have ever come across. They typically respond to literature more thoughtfully and with a greater openness and willingness to embrace new ideas or have their preconceptions challenged than most older and - so-called - more sophisticated readers.

Which is why I believe that if the next generation are to tackle the problems that will beset tomorrow’s world, then fiction can play a key role in helping them understand the troubles of today’s. To quote the celebrated – albeit controversial – Austrian psychologist, Bruno Bettelheim, ‘For a story to truly hold the child’s attention, it must entertain him and arouse his curiosity. But to enrich his life, it must be attuned to his anxieties ... give full recognition to his difficulties, while at the same time suggesting solutions to the problems which perturb him..... For stories speak about his severe inner pressures in a way that the child unconsciously understands, and – without belittling the most serious inner struggles which growing up entails.’

But if you ask me, all of the above applies equally well to adult readers, which is why We Can be Heroes is aimed at readers from 11 to 111, all of whom I hope will enjoy it and maybe go away thinking about a few of the questions it raises. Mind you, that suddenly sounds like far too great a claim to make about one’s own book, so perhaps I’d better leave it for you to decide! I’d love to know your thoughts on YASaves, writing about 9/11, We Can be Heroes or any of the other issues I’ve raised so feel free to let rip and give it to me with both barrels. Because I am a teacher, after all, and everyone knows that teachers talk a lot of nonsense half the time. So put me in my place – pop me in detention, make me write out my corrections three times.... I’d love to know what you’ve got to say!

Thank you Catherine for sharing your thoughts on the topic of 9/11 reaching our younger readers. I have to say I am in agreement with you and feel  that children should know about the events that have shaped parts of today's society. That is why, I wholeheartedly support and review books such as My Sister Lives On The Mantelpiece, An Act Of Love and We Can Be Heroes.
If you would like to know more about Catherine, then please visit her at her blog - http://catherinebruton.com/
You can also follow her on Twitter at @catherinebruton.