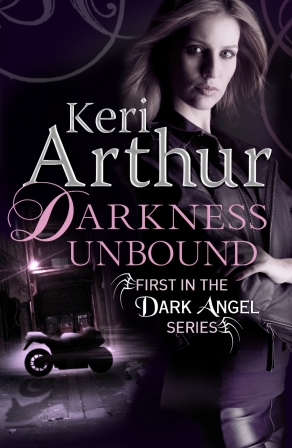 I've always seen the reapers.
Even as a toddler - with little understanding of spirits, death, or the horrors that lie in the shadows - I'd been aware of them. As I'd gotten older and my knowledge of the mystical had strengthened, I'd begun to call them Death, because the people I'd seen them following had always died within a day or so.


Goodreads Summary
Risa Jones is as extraordinary as her heritage. Born from a lab-enhanced clone mother and an Aedh father, she can not only talk to the souls of the dying and the dead, but she can see the reapers and walk the gray fields that divide this world from the next.
This is a skill she rarely uses, however, preferring to concentrate on the business she shares with her two best friends. But when her mother asks her to help the parents of a little girl locked in a coma, she reluctantly agrees. What she discovers scares the hell out of her. Because the little girl’s soul no longer resides in her body, and it wasn’t death and the reapers that took her.
Someone had ripped her soul from her flesh.
As it turns out, a creature consuming the souls of the innocent–and not so innocent–is the least of her problems.
Because someone wants to rip open the gates that divided hell from earth, and Risa is a key component in their plans.
And the only person standing between her and disaster is a reaper who isn’t exactly on her side.

**********
This is my first adult urban fantasy book so bear with me. I found myself a little confused to begin with as urban fantasy worlds seem to be full of lots of different types of people, made up from two different breeds. From Aedh's to wolves, I found I had to concentrate to work out what every one was. Risa alone, was half werewolf and half Aedh, so that confused me. Once I seemed to have a handle on that, I was off and away!
Risa is an amazing character, she most certainly kicks butt. She is pretty cool and stands for no nonsense at all. She isn't afraid to take on a few and beat them senseless. She seems to be a little in denial of what she is capable of and doesn't really use her talents to their full potential until the explosive and heartbreaking ending. By the end of the book, you realise why Risa will take the new position with the Directorate; in her shoes, I think I would probably do the same.  As a character, she made me feel extremely tired. This girl hardly ever sleeps! She can go nearly 48 hours without stopping and I found myself closing my eyes for her.
I loved the tolerant relationship between Risa and Azriel, definitely open for future investigation within the series. You can just sense that all the smart remarks will eventually turn to sizzling romance. Risa is very protective of all her family and friends and it was fantastic to see the lengths they all went to in times of darkness.
Lucien concerns me as a character, as far as I can see he is too nice. I am sure there is some dark, disturbing side to his nature and I don't think Risa should trust him as much as she does. All the characters in the book, including the secondary ones are really strong. I have never been able to bond with secondary characters as quickly before, but these ones really stand out from the crowd.
One of the things that had previously put me off urban fantasy, was the amount of sex and violence, but I didn't find it too bad with this book. It was readable with blushing!
The writing was smooth and I found myself steadily drifting along with the story, each new turn urging me to read on further. It left me intrigued to read the Riley Jensen series now which I haven't really taken much notice of before.
I really enjoyed reading this book and I definitely see myself reading more books in the series.
at October 25, 2011