The Day I Met Joss Stirling and Dave Cousins

Apologies before I begin this post for the quality of these photos. Unfortunately my camera died on me about five minutes before I went to this event and I had to use the camera on my phone.
On Wednesday the 21st September, I was invited along to a 'Bloggers Evening of
Cocktails, Canapés, and Captivating Teen Titles
with authors Joss Stirling and Dave Cousins
and Senior Commissioning Editor, Jasmine Richards'.
Along with many of my book blogging pals, we went to the Charlotte Street Hotel, where we were greeted with glasses of champagne and some seriously tasty canapes! 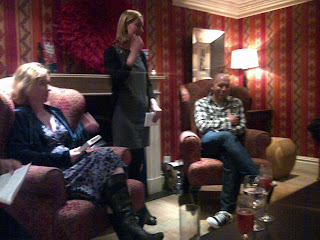 For the first half hour we mingled among the authors and guests. I had a lovely chat with Jenny Younger, the Children's Publicity Executive for Oxford University Press, who is pictured above. She told us how lovely it was to finally put faces to blog names, as she read so many of our reviews. 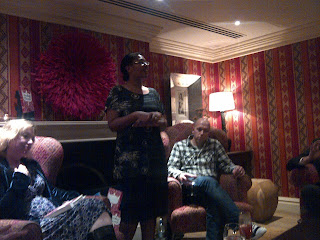 I then managed to have a chat with Jasmine Richards (pictured above) , who is the senior commissioning editor for Oxford University Press. Now Jasmine Richards, is a name you don't want to forget, as this lovely lady has two of her own books coming out next year.  A Book of Wonders will be published by Harper Collins in America in January 2012. Her UK book has a title but I am not sure if it has been revealed yet, so more on that one in the future. I have to say I found her very inspirational to talk to. 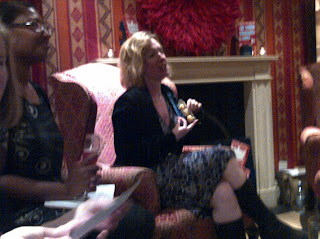 Half way through the evening, we all sat down to listen to the authors talk about their books and each read a passage from them. Jenny thanked us all for coming and Jasmine introduced us to Joss Stirling and Dave Cousins.


Joss Stirling is the author of Finding Sky and Stealing Phoenix. She told us that she began to write the series to try and get her daughter out of the Twilight series loop. Her daughter kept rereading the same four books and she wanted to prove that she could write a series just as enthralling.

She revealed the title of the third book in the series as 'Seeing Crystal,' which I was extremely excited about. I asked Joss about her first drafts and editing and she left me rather gobsmacked when she told us that very little changed in the story after her first draft, even though she didn't pre plan it! I want to write like her! 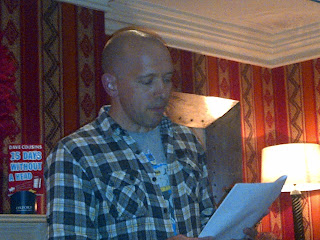 Next we met Dave Cousins and what a lovely down to earth guy he was. For a debut author to get up in front of us all, tell us his life story and make us laugh within a minute of talking, you would have thought he had been doing this for years. He was very professional and very funny. He used to be in a band, but he wouldn't tell us which one.  I am still waiting to find that out! He told us about all the old manuscripts he had under his bed. I do hope he goes back to rewrite some of them.  Dave found an agent after winning the SCBWI Undiscovered Voices Anthology 2010; his debut book Fifteen Days Without A Head is published in January 2012. 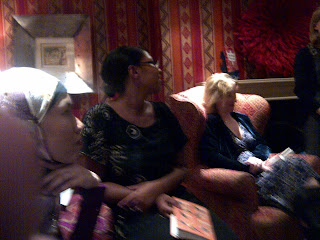 It was  a great event to attend. I was truly inspired by the authors that I met that night. It was lovely to see all my blogging pals too. At the end of the evening, we were given a goodie bag which had a copy of Stealing Phoenix and Fifteen Days Without A Head in it, as well as a copy of Mortal Chaos by Matt Dickinson which comes out next year. We were also presented with a luxury tin of hot chocolate! Need I say any more! 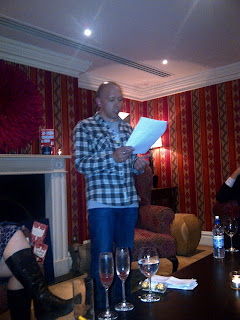 Thank you Oxford University Press for a lovely evening.