In MyMailbox (IMM) is a weekly feature organised by The Story Siren. IMM is a post where you can show which books entered your house and it also gives you a chance to say thank you to the people that kindly sent them. To find out more about how you can join in click here. 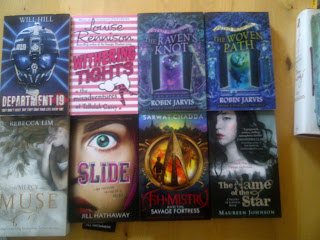 Picked up at the HarperCollins event.
Department 19 by Will Hill
Wuthering Tights by Louise Rennison
The Raven's Knot by Robin Jarvis
The Woven Path by Robin Jarvis
Muse by Rebecca Lim
Slide by Jill Hathaway
Ash Mistry and the Savage Fortress by Sarwat Chadda
The Name of the Star by Maureen Johnson 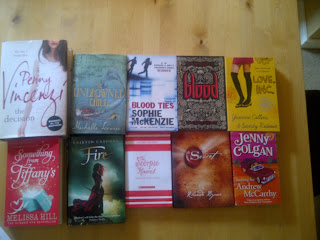 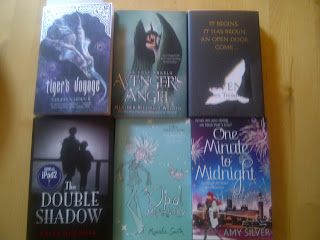 Review
Tiger's Voyage by Colleen Houck - thanks Hodder
The Lost Angels Avenger's Angel by Heather Killough-Walden - thanks Headline
Advent by James Treadwell - thanks Hodder and Stoughton
The Double Shadow by Sally Gardner - thanks Indigo
Opal Moonbaby by Maudie Smith - thanks Orion
One Minute to Midnight by Amy Silver - thanks Arrow
Phew! This is what happens when I leave this post a few weeks! What would you read first?
at October 30, 2011