In MyMailbox (IMM) is a weekly feature organised by The Story Siren. IMM is a post where you can show which books entered your house and it also gives you a chance to say thank you to the people that kindly sent them. To find out more about how you can join in click here.
You will have to excuse me as I seem to be doing these posts every two weeks instead of every week. So if my book pile appears huge, then please remember it has taken me two weeks to write it. 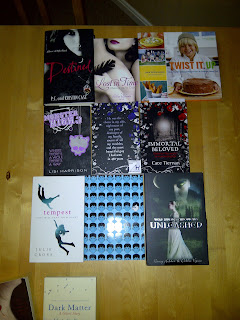 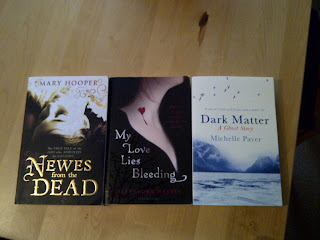 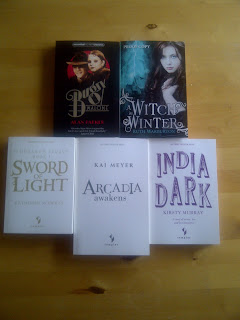 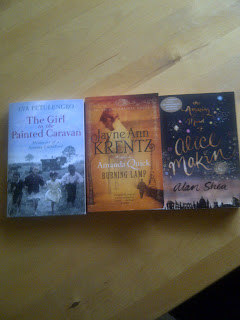 Bought
The Girl In The Painted Caravan by Eva Petulengro
Burning Lamp by Jayne Ann Krentz
The Amazing Mind of Alice Makin by Alan Shea
As you can see a lot to choose from. Which would you read first?
at November 13, 2011