I was lucky enough to be invited to the Walker Books showcase for their YA books which go under the name of Undercover. It was rather lovely to be going up to London amongst the Christmas shoppers and I came away feeling extremely festive.  It was so nice to meet up with so many bloggers too as we headed for  a pub in Soho, where we were treated to a high tea, with gorgeous cakes and finger sandwiches.
You will have to excuse my pictures as they are  a little shaky - I broke my camera earlier in the year and I am hoping Santa is putting a new one in my stocking! 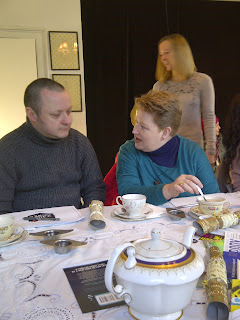 Darren from The Bookzone chatting away to Liz from My Favourite Books. Behind Liz, you can see Ruth from Walker Books. It was so lovely to meet her again after seeing her at the Cassandra Clare event at Foyles in October. I was also really pleased to finally meet Sean, whom I have spoken to via email so many times this year. 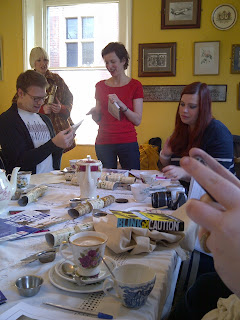 Andrew from The Pewter Wolf and Carly from Writing From The Tub swooning over the cover of Daylight Saving, which I will tell you more about a bit later. 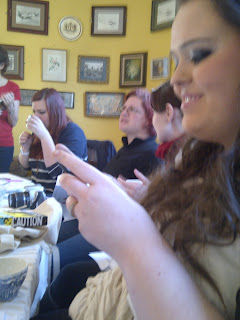 Casey from Darkreaders texting away on her phone. Behind her you can see Rosie from The Review Diaries and Sarah from Feeling Fictional. It was lovely to meet Rosie as I hadn't had the pleasure of her company before.Also in attendance, but not photographed, were Lynsey from Narratively Speaking and Leanne from District YA. 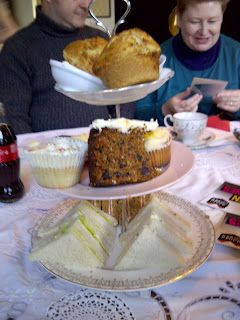 As you can see, we were treated to lovely cakes and sandwiches too. I could get used to this treatment.
When we arrived, the lovely publishing people, talked to us about the new books they have got coming out in 2012 which I will showcase at the end of the post. We then got to listen to Jack, who designs the covers of the books. He talked to us about the process from start to finish which was really fascinating. He told us that he normally reads the book first then makes a list of the key themes before he begins to design a cover. He has to attend covers meetings where the main selling points of the book are discussed. We were privileged to be able to view the progression from the first cover to the final one.  The book in question was Daylight Saving by Edward Hogan which was finally printed on holographic foil to give it a shimmering effect.  An online animated version of the cover can be seen here - do go and check it out as it is awesome. 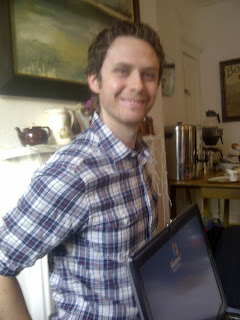 When Jack finished, we then got to talk to Edward Hogan who is the author of Daylight Saving. Ed  has already published two literary works of fiction which are shown below. Daylight Saving is his first Young Adult novel and I am really excited about it. I will tell you more about it below.

Ed began writing when he was 21 and stated that he didn't known much about anything, yet he still managed to get books published, defying the myth that you should write what you know. Ed told us that he decided on the subject he wanted to write about and then went off to learn about it.
He had no intentions of writing for the young adult market, it just kind of happened as the book progressed. The story which is a ghost story came about after remembering his night terrors from his childhood and a visit to Centre Parks which found him sleep walking in the middle of Sherwood Forest!
He found the writing process for this book was a lot quicker than his previous works, but was intrigued by the way publishers wanted to mould it to fit the needs and designs of their imprints.
One of the bloggers asked him why he didn't use a different name which seems to be the trend of many authors lately who write for different age groups. He didn't feel his name was well known enough for it to make a difference.
Ed was funny and very entertaining to listen too. Personally I can't wait for Daylight Saving to come out!
I want to than Ruth and Sean from Walker Books for inviting me to such a fabulous event.

*************
Here are all the books that Walker will have us drooling over next year.
January
Blink and Caution by Tim Wynne-Jones

Tim is an award winning Canadian author who has written a real heart pounding thriller for us. This book deals with kidnapping, ransom demands, dodgy drug gangs and drug deals. This book is going to be really hard hitting and one that might just shock you!
February
Daylight Saving by Edward Hogan

I am so excited by this book! A ghost story set in Leisure Wold Holiday Complex. Daniel doesn't have high hopes for his holiday there until he meets Lexi, who is swimming in the fake lake. She is elegant and mysterious.. He can't work out why her bruises keep getting worse every time he meets her. Also why does her watch appear to turn backwards? A dark figure seems to be stalking them both, can Daniel save them both?
You want more, I can tell! Roll on February!
Girl, Stolen by April Henry 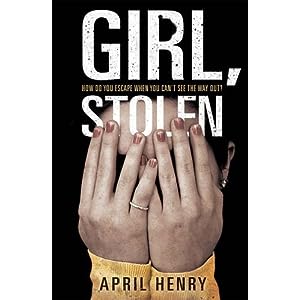 This story is told from the two viewpoints, Cheyenne - the victim and Griffin - the kidnapper. Definitely one to look out for.
March
Kill You Last by Todd Strasser 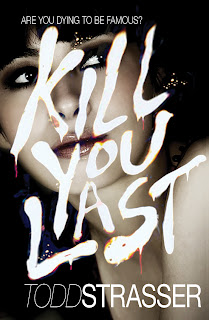 This is the third title from Todd Strasser. His previous two books, BLOOD ON MY HANDS and WISH YOU WERE DEAD were published in 2011. These books have been described as a mix between the glamour of Gossip Girl and the suspense of a James Patterson novel.
All the girls in Shelby's town want to be famous and they all want their glamorous photos taken by Shelby's dad. However when the girls begin to turn up dead, Shelby's dad becomes the prime suspect and Shelby will do everything she can to prove his innocence. 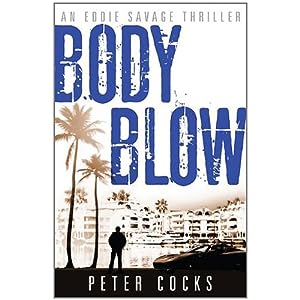 This is the second book in the series which brings Eddie Savage back with a bang! Eddie is the type of guy that everyone wants to be and every girl wants to be with. Bitter and angry over the death of his brother, he heads to Spain where he gets dragged back into the underworld again.
Peter Cocks won lots of praise for his first book LONG  REACH and is being described as one of the most exciting writers in the UK.
This sounds like a thrilling contemporary ride that I can't wait to take!


May
The Anti-Prom by Abby Macdonald This is not the UK cover, this is the US cover. UK cover yet to be confirmed.
Amy Macdonald is the type of author every young dreams of being. In her early twenties she already the author of two other sucessful books and lives in LA as a screen writer.
Teen Reads Too have described Amy as having the knack of turning ordinary day to day situations into engrossing high drama reads.
Three unlikely allies team up to cause mayhem on prom night!


June
The Girl Who Could Silence The Wind by Meg Medina 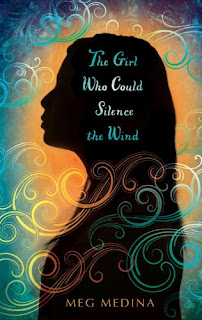 Isn't this cover just gorgeous? I  absolutely love it.
This book is set in the Mexican mountains and filled with folklore, magical realism and romance. It creates a powerful story, that shows just how far people will go to improve their lives and how you can never truly leave your past behind.
Meg Medina is a Latino author whose parents were of Cuban descent. She has been successfully writing for the last fifteen years and lives in Richmond, Virginia with her family.

July just can't come around quick enough for me! If you haven't read a novel by Zoë Marriott yet, you are seriously missing out. She is one of my favourite authors and with each book she just gets better and better. This book is a companion novel to Daughter of the Flames and is a fantasy novel about war, racial identity and first love. Zoë has been teasing us for ages now with snippets from this book - click here to read a little teaser!
In my eyes, Zoë can do no wrong! 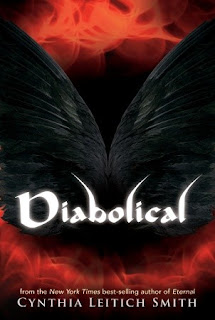 This is the fourth book in the series but as I understand it, each book can be read as a standalone. This book features all the characters from the other books. If you are looking for demon dogs and slipped angels then this book is definitely for you.
A great dark romance novel with some superb characters.
I haven't read any of this series yet, but I hope to soon.
**********
Phew! Wow! There are some fabulous books listed there. I am really excited about the books coming from Walker Books next year. 2012 is going to be mega!
at December 13, 2011