Gingers Are Not Aliens

I couldn't finish this week without adding something myself. The way I suffered as a child is mild in comparison to others mentioned this week, but as a child growing up it still hurt like hell.
I had bright ginger hair! (Sorry not the clearest of pictures, I know) 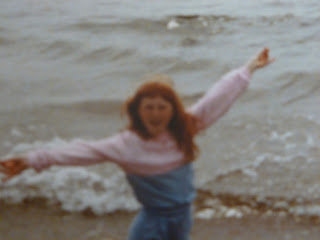 From the time I went to secondary school, I was picked on because I really stood out from the crowd. My hair was so red,  people used to joke that I could stand in for a belisha beacon.  I can laugh at it now, but then I couldn't. Every ginger related name you could think of - I was called it.
My particular favourite had to be 'ginger m**ge as it nearly rhymed! The ones that taunted me thought they were being clever, they never realised how much it hurt. I found that boys wouldn't ever ask me out, purely because of my red hair. I began to feel as though I was deformed and ugly. Many a time I threatened my parents that I would dye it blonde.
The situation got dramatically worse when the TV series THE YOUNG ONES was aired.

Why did they have to name the red headed punk Vyvian? Hadn't I suffered enough? Constantly I would be asked where were my spikes and my star studs. I vowed if I ever met Ade Edmonson, I would make sure he knew how much I had suffered as a teenager because of him!

When I left school, it was a relief. People actually started to pay attention to me rather than my hair. I discovered that some boys actually liked red hair. So much so that this one married me!
I thought the red headed taunts would disappear and as I got older my troubles would be over. 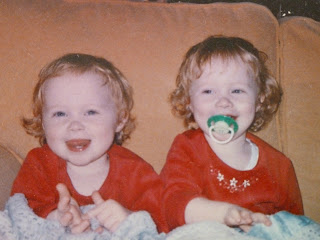 Until I gave birth to two beautiful little red heads. It now feels like we have gone full circle as the  the same situation is developing again. My beautiful girls with their beautiful hair are now suffering the same humiliation I did. One of my girls more than the other, because she refuses to wear her hair up for school, so she get taunted. She even had a girl telling her that she didn't want to be her friend because she had ginger hair. Can you believe how shallow that is?

What is wrong with having red hair? In the world there really are only five colours of hair you can have - red, blond, brown, black and grey - with variations in tones of these. So why do redheads have to be  victimised over it? Why is red so much worse than having blonde hair? Do they really think we are aliens from another planet? No! They just needed to victimise someone and because our colour stands out the most we drew the short straw.
Now many of you know, I am now blonde rather than red and I don't want you to think that was intentional. As I got older I was proud of my red hair, unfortunately with age the red changed to a light brown and I wanted it to stand out more, so gradually with highlights it became blonde.
If I could go back to having really red hair, I would! Without a doubt, because as far as I am concerned it is beautiful and red heads definitely stand out in a crowd, for the right reasons.
In this world, we are like snowflakes, each one of us looks different from another, so why can't we accept the differences that make us who we are? Everyone is beautiful because they are unique. Lose your perceptions on how you think people should look.
We all look different, so deal with it?

Check out this article Is gingerism as bad as racism?
at March 11, 2012

Email ThisBlogThis!Share to TwitterShare to FacebookShare to Pinterest
Labels: gingerism, look at me week