Today I have Anna Stothard on blog discussing the setting of her book The Pink Hotel. This book is presently on the Long List for the Orange Prize for Fiction 2012. 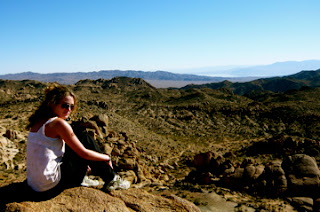 I arrived in Los Angeles for the first time at the end of a road trip. My friend Kate and I had been sleeping in the back of our car for a fortnight, driving around California and Nevada. She ended up in San Fransisco and I ended up in Venice Beach, Los Angeles, checking in late at night to a stucco pink hotel on the water front. There was a party going on, backpackers drinking in the corridors and what sounded like an entire orchestra of bongo drummers on the fire escape. This stucco pink hotel where I spent my first week in the city of angels became the inspiration for The Pink Hotel.

The novel is about a difficult, violent English teenager who in the first chapter turns up to her mother’s funeral at a big pink hotel in Venice Beach. The protagonist never knew her mother, but finds a box of love letters and photographs in her bedroom and begins to travel around Los Angeles meeting all of the men who loved her mother. The character becomes fascinated with a city that is so unlike home, where she can be anything she wants. Similarly I fell in love with Los Angeles from my room at the top of the Pink Hotel and decided not to go back to London but to move to California. 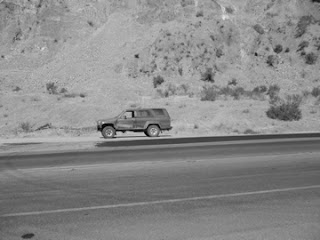 So many of the places that the protagonist of The Pink Hotel explores in her quest to find out about her mother and find her own sense of self, are “real” places that I explored while living there. After hanging around in Venice Beach for a week with its fantasia of amazing freaks (grand pianos in the middle of the road, sand sculptors, tiny children in rapper-clothes skateboarding in the distance), I moved to an area of East Hollywood near Little Armenia and Thai Town.

David, the love interest in the book, lives in a flat that is similar to the flat I lived in my second year in LA. They have their first peculiar “date” in my favourite Thai restaurant in LA, Red Corner Asia, which is in a strip mall on Hollywood and N Harvard. (“We spent his birthday sharing a coconut curry in an over-lit Thai restaurant near his flat. Thai pop music whispered from televisions in the corners of the room, where distraught Thai pin-up boys tore off their T-shirts and sung about love.”) The climatic chapter, too, is set in a bungalow in the desert outside LA near Joshua Tree where I spent a weekend for a friends birthday: “a patio made of packed sand and car tires” looking out on “miles of desert and the occasional burnt out or abandoned building, their scorched wooden beams raised in surrender”. 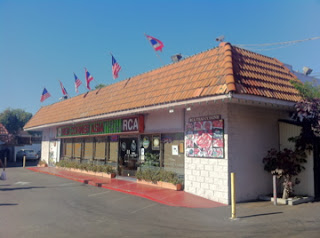 I often had a real place in my head as I set the scenes in The Pink Hotel: the bus stops, dive bars, 7-11s, public telephones all exist, one way or another. The book is almost as much a love/hate story about LA as it is a story about a girl trying to exercise her own demons, and the ghost of her mother.