Today on the blog, I am happy to welcome Robin LaFevers, author of Grave Mercy, the first book in His Fair Assassin series, which is being published by Andersen Press on the 7th June. 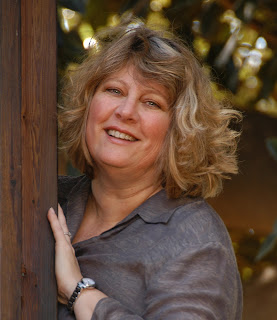 Firstly, what inspired you to write a book about assassin nuns? It’s quite an unusual subject!

I wanted to write a story about a heroine who was absolutely powerless, but managed to carve some small power out of a society and culture where women traditionally had none. But I wanted that source of power to feel organic and true to the historical world. One fascinating tidbit I read said that many noblewomen were all too happy to join a convent because being a nun often gave them much more freedom and autonomy than being a wife. That kind of lit my imagination on fire and I began mulling over different sorts of convents and what sorts of power they’d confer to their inhabitants. Healers felt like a natural choice, which is why I shied away from it. I wanted something darker, more ambiguous, and ultimately something that would shake the very foundation of what my characters thought they knew about the world. I wanted to look at things like faith and devotion and blind obedience through that darker lens.

Also? I went to Catholic school for the first few years of my live, and the nuns absolutely fascinated me with all their mystery and suppressed passion and enigmatic rituals. It seemed like surely they must be up to something much more intriguing than simply praying and living quietly behind those cloistered walls! So I let my imagination begin to fill in the blanks.


Ismae uses lots of hidden poisons and secret weapons to kill her enemies. If you were an assassin and had to kill an someone, how would you do it? What weapon would you use?

If I were an assassin, I would be a gentle assassin so my weapon of choice would probably be a benevolent poison of some kind. I am partial to the idea of death being one really long, excellent nap.


The world of Grave Mercy is so vivid and realistic. How much of the book is based on fact and real events? Did you have to do a lot of research?

While I could easily have set the story in an alternate world, for me personally, I love reading about stories that have their roots in history—it gives it all a much more, it could really have happened kind of feel to it.

One of the (many!) things I love about research is that not only I learn amazing details of how people lived and thought centuries ago, but there is such great story material as well. I’m not sure I could have dreamed up a twelve year old inheriting a kingdom, but once I stumbled across it in my research, I knew that was the perfect backdrop for the book. So a large percentage of the book is based on true historical
fact—the duchess, her family, her suitors, her councilors—all plucked from the actually history of the time. The hard part was pruning it back so that the political and historical elements didn’t swamp Ismae’s story.

I researched the time period, the politics, the geography, what everyday life was like back then, and the folklore and spiritual beliefs. Luckily, I write in the age of Google, so I had access to a wealth of information, oftentimes I was able to look up ancient Breton lineages on obscure genealogy sites, or I would find that the walled medieval city where Anne lived still existed and I could see it online.

As is always the case, much of what I learned didn’t make it into the book—there just wasn’t room for all those details! Because this is a work of historical fantasy, I sometimes went for the oh, cool! factor rather than requiring four corroborating historical sources.

(There is a partial bibliography listed on my website for anyone else who is as big a research geek as I am. http://www.robinlafevers.com/history/a-selected-bibliography/)

You’ve written books for younger children, what made you decide to write for a YA audience? And was it difficult making that transition?

Tackling a YA project was a great way to stretch and grow as a writer and was actually freeing in some ways. The great thing about writing YA is that the genre is very much about learning who we are, or who we want to be. That includes some of the really big issues like religion and faith and how do we define love and success (as opposed to how our families or society define them). It opened up an entire world of subjects and themes that I wasn’t able to tackle in writing middle grade books.

But I have not given up on middle grade, by any means. I really enjoy being able to write both, and anticipate doing so in the future.

If you could meet one of the characters from Grave Mercy who would it be and why?

Sister Serafina! Not just because I want to learn all her poison knowledge and healing skills, but because I suspect she knows a lot of the convent’s history and possibly even has some juicy dirt on the other nuns.


Are you allowed to give anything away about what we might see in the next book in the His Fair Assassin series? Will we meet Ismae again? And will we find out what happens to Sybella and Annith?

The good news is that books two and three will be about Sybella and Annith
respectively! So yes, we will learn lots more about them. They are sequels in that they continue the drama of the duchess trying to hold onto her kingdom, but the different stages of that struggle are seen through the eyes of the different girls.

Book Two will focus on poor embattled Sybella —who has had to endure horrors that most people only have nightmares about. Sybella had hoped to find sanctuary at the convent of Saint Mortain—and she did, after a fashion. But the abbess helped put her back together so she could use Sybella’s skills to serve Mortain. Fortunately, her god is about to send her a glimmer of hope that will set her on a path toward true healing and redemption. 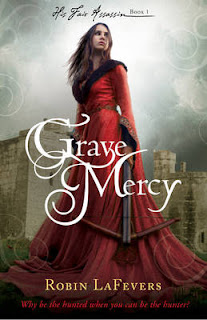