Last week I showed you the amazing books coming from Templar. This week, I want you to feast your eyes on the delights heading our way from Hot Key Books.
Now you may remember that Hot Key Books is one of the new publishing imprints to appear in the UK publishing world. Thinking about it, ‘appear’ isn’t the right word. I would say that Hot Key Books marched onto the scene, waving huge flags and took aim at the publishing awards, quickly grabbing the prestigious Costa Children’s Book Award for Maggot Moon. Hot Key Books have arrived in a blaze of glory and everyone should know their name. 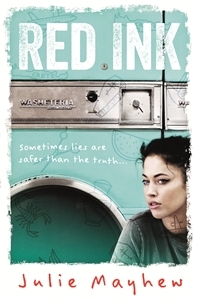 Now to the books that will be coming our way. First up this month, they have just released Red Ink by Julie Mayhew. Julie used to be an actress before turning her hand to writing and has just been awarded a place on the Arvon/Jerwood Mentoring scheme to work on her second book. Red Ink is a powerful coming of age story, where the main character Melon learns the truth about her mother after she is killed. This is a dark and witty tale which will probably require a few hankies hanging around to catch the tears. 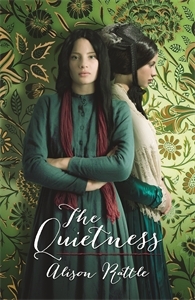 In March, Hot Key Books will be publishing The Quietness. Now this book has really captured my interest as it deals with baby farming during the Victorian Era. This subject was touched on in Mary Hooper’s book Velvet and I am so pleased that someone has written a book with it as the main subject as I do feel it is a story that needs to be told. Two girls from very different backgrounds find their lives entwined with the baby farming scandal at the heart of the story. I can’t wait to read this one. Alison Rattle, the author has written many non-fiction books over the years, but this appears to be her first fictional novel. The author runs a vintage tea room when she isn’t writing, I am desperate to visit! 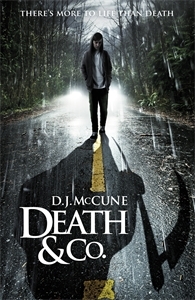 Death and Co by DJ Mclune will be published in May and brings us the thrilling story of the Lumen, who help to escort the dead towards the light. For Adam, it is just the family business, as he helps the ones who have passed before their time to move over, while juggling homework and school around his duties. There are whispers of a huge art competition accompanying this publication as well as a free digital online comic. Debbie lives in Northern Ireland. 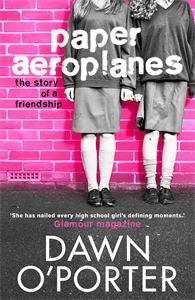 Paper Aeroplanes by Dawn O Porter sounds like a book I will love. The story is set in the 1990’s and follows the day to day lives of two Guernsey school girls who come together out of loneliness while coping with their equally dysfunctional families.. There is some sexual content in this book, but there is also a lot of humour. This will also be published in May. The author is a well-known writer for magazines such as Cosmopolitan and Stylist. She has also made documentaries for the BBC, Channel 4 and Sky 1. She is married to the actor Chris O Dowd and runs a very popular blog. 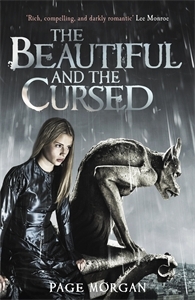 May is  going to be a really busy month for Hot Key Books as this will be the third of four books coming out for them. The Beautiful and The Cursed by Page Morgan has the most gorgeous cover. There was lots of cover stroking at the event for this one. The gargoyle on the front will give you a tiny indication of what type of story this will be. Ingrid is horrified to find herself living in a ruined abbey along with her mother and younger sister, but that is the least of her troubles. When her twin brother isn’t there to greet their arrival, Ingrid finds herself drawn into the dangerous Parisian underworld. This book has Gothic thriller stamped all over it. The author, Page Morgan knows how to get a book on the market; she was behind the success of Lauren Kate’s Fallen series. 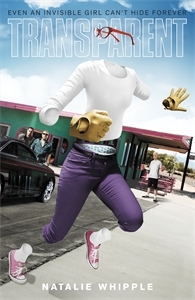 The last book to be published in May in the teen market is Transparency by Natalie Whipple. Think Heroes and My Superhero Family. Everyone in the world that has been affected by the Cold War anti-radiation tablets, which have caused some rather major mutations in human race. Meet Fiona, who is desperate for a normal teenage life and hoping the boy she likes will notice her. Only problem she really has is she is totally invisible! Her father is a mind controlling mobster, who insists that Fiona kills someone. She must escape with her mother as soon as she can. Doesn’t that just sound amazing! 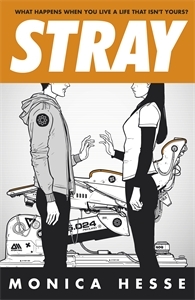 In June, Stray is the first of two publications from Hot Key Books. I think I might need to read this one to totally get my head around it. It is being described as a cross between Being John Malcovich and The Hunger Games and is a dark, futuristic, virtual reality story. The main character Lona, lives the life and experiences of another. The author, Monica Hesse writes for the Washington Post Style. 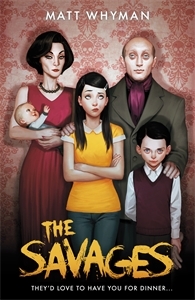 Also in June, The Ravages by Matt Whyman. I was lucky enough to meet Matt at the event and was so pleased to find he lives locally to me down in Sussex. He recently judged the Costa Children’s Book Award and is the agony uncle for Bliss magazine, as well as BBC Radio 1’s The Surgery. The Savages are a very interesting family with some unusual eating habits. When the daughter, Sasha falls in love with a vegetarian, dinner time takes on a whole new meaning. I have a feeling this will appeal to fans of Matt Haig’s The Radleys and I honestly can’t wait to read it.
The following books are awaiting final covers, so I'm afraid I can't show you the ones that I saw.
Friday Brown by Vikki Wakefield comes out in July and is written by an award winning Australian novelist. There has been a rise in Australian YA being available in the UK recently and I can’t wait to read more. Friday has grown up in the Australian wilds listening to stories around the campfire told by her mother. When her mother dies, Friday is lost and alone, until a boy comes from nowhere to help her.
The Key to the Golden Firebird will be international bestselling author and Queen of Teen Maureen Johnson’s first book with Hot Key Books. Published in July, this is poignant story as two girls come to terms with the death of their father and find the keys to his Pontiac Firebird as a sign to moving on.
Major hysteria and excitement will occur for Insignia fans, as the sequel Vortex by SJ Kincaid will be published in July. Tom’s second year as a superhuman cadet in training begins.
August brings The Ghost Bride by Yangsze Choo which actually had me shivering with excitement. This book is hugely atmospheric and is a cross over novel that will appeal to fans of Memoirs of a Geisha which is one of the most beautiful books I have ever read. In order for Li to save her family she must marry a son of a wealthy family. The only problem is he is dead already. Li moves into the home of the dead son and finds herself haunted by her would be suitor while desiring the new heir to the family. Yangsze is fourth generation Malaysian of Chinese descent and writes in Mandarin, Cantonese and Malay. Now living in the US, this is her debut novel and one that grab a huge amount of attention.
Phew! What a selection of books! I am so excited by so many of them. Which ones are capturing your attention?
at February 18, 2013