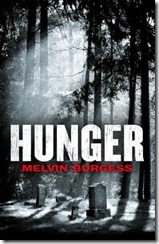 Beth knew that things had moved on when she awoke one morning to find dirt in her bed. It wasn’t the fine soil that you might find in a bag of compost, but dirt from the ground, damp and gritty against her skin.
Pages – 293
Published by Hammer in February 2013
Goodreads Summary
Evil was captured once, entombed deep in an unmarked grave, but now it has been released. When Beth wakes up one morning covered in dirt she puts it down to an extreme case of sleepwalking. But when reports of a desecrated grave circulate her night-time wanderings take on a sinister air. Something has changed in her.
Soon Manchester is being plagued by strange sightings and sudden disappearances while all around there lingers the unmistakable stench of death.
******
The first few chapters of this book are the scariest I have read since my teen obsession with Richard Laymon. They made me feel really uncomfortable, nervous and scared the beejeesus out of me. Seriously scary stuff!
Beth has no idea what is happening to her and I think that captured the fear of the book. Imagine knowing you were  doing something really bad and not being aware of what it is or being able to control it. The essence of good horror films right there on the page for you.
I was quite surprised to discover that Melvin Burgess had written horror; normally known for his hard hitting contemporary YA books, this is a complete transformation. Within the book, he has very strong YA characters who talk like with authentic teenage voices, yet they are remarkably brave considering the situation.
Half way through the book the plot takes a different direction and this becomes more of a paranormal thriller than a horror story, with strong emphasis on religion. Melvin Burgess has not shied away from the difficult topics of God and the Devil and creates a tense and dramatic battle between the two sides.
I was a little upset to see something happen to a character I had invested quite a lot of time in throughout the book. It also felt a little like it was dealt with behind the scenes and I wanted to be shown exactly what had happened. Personally I would have liked to see things turn out differently, but then I am a sucker for a  happy ending!
A super scary horror from the King of YA.
at March 07, 2013