Waiting On Wednesday (6)–Follow Me Down by Tanya Byrne 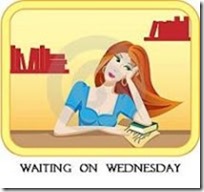 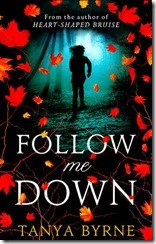 Follow Me Down by Tanya Byrne.
Tanya was my favourite debut author last year. Her debut Heart-Shaped Bruise was definitely my favourite UKYA. So I can’t wait to read her second novel which is published by Headline in May.
********
When sixteen-year old Adamma Okonma, a Nigerian diplomat's daughter, arrives at exclusive Croften College in Wiltshire, she is immediately drawn to beautiful, impetuous, unpredictable Scarlett Milton. Adamma and Scarlett become inseperable - until Adamma falls for Scarlett's boyfriend Dominic. Soon the battle lines are drawn and Adamma is shunned by Scarlett and her priviledged peers. But then Scarlett goes missing and everything takes a darker turn. As Adamma begins to uncover a series of ugly scandals at the school, she realises there was more than one person who wanted Scarlett to disappear and indeed that Croften has its own disturbing secrets to hide...
at March 20, 2013

Email ThisBlogThis!Share to TwitterShare to FacebookShare to Pinterest
Labels: follow me down, headline, tanya byrne, waiting on wednesday