Waiting On Wednesday–The Coldest Girl In Coldtown by Holly Black 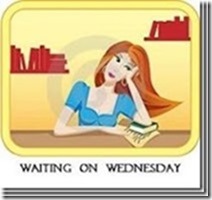 The Coldest Girl In Coldtown by Holly Black
Published by Indigo in September 2013
It’s Holly Black!!!! Her name alone will make me buy the book because she is just so darn talented! And isn’t this one of the coolest titles you have ever heard?
Book Summary
Tana lives in a world where walled cities called Coldtowns exist. In them, quarantined monsters and humans mingle in a decadently bloody mix of predator and prey. The only problem is, once you pass through Coldtown’s gates, you can never leave.
One morning, after a perfectly ordinary party, Tana wakes up surrounded by corpses. The only other survivors of this massacre are her exasperatingly endearing ex-boyfriend, infected and on the edge, and a mysterious boy burdened with a terrible secret. Shaken and determined, Tana enters a race against the clock to save the three of them the only way she knows how: by going straight to the wicked, opulent heart of Coldtown itself.
at July 31, 2013

Email ThisBlogThis!Share to TwitterShare to FacebookShare to Pinterest
Labels: holly black, indigo, the coldest girl in coldtown, waiting on wednesday