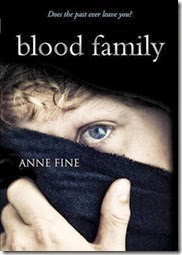 None of them would believe me if I told them. So I say nothing. I don’t lie, but I don’t come out with it. Most of the people who teach me assume I come from the same sort of home as all the others. They don’t know who I am and, if they did, most of them would have forgotten the headlines. It was all those years ago.
Published by Doubleday Books in July 2013
Pages - 304
Summary
Edward is four years old when he is locked away with his mother by her abusive, alcoholic partner, Harris. By the time an elderly neighbour spots his pale face peering through a crack in the boarded-up window and raises the alarm, he is seven.
Rescue comes, but lasting damage has been done. Sent to live with a kindly foster family, and then adopted, Edward struggles to adapt to normal life. Even as a teenager it's still clear to his new family and schoolmates there's something odd about him.
Then one fateful day, Edward catches a glimpse of himself in a photograph. What he sees shocks him to the core - a vision of Harris. Was this monster his father all along? And does that mean that, deep down, another Harris is waiting to break out
Every step of progress Edward has made swiftly begins to unravel, and he has to decide whether his blood will determine his future.
*****
This book has to be one of the most upsetting books I have ever read. In fact I think it broke my heart. I couldn’t read it continually, because I found myself getting emotional every time I picked it up, so I would have to mix it up with a lighter book.
The story looks closely at the forgotten victims; the children who grew up in abusive households, only to reach a point where intervention is the final answer. I don’t know about you,but when I consider children who have been fostered or adopted, I like to think their lives have improved. But I’ve never once considered the time bomb they might carry around inside them, which inevitably shows it’s face as they mature.
Every child normally resembles a member of their family, which becomes more evident as they reach adulthood. Imagine looking just like the person who made your childhood a living nightmare. When you see the monster that scared you half to death, looking back at you in the mirror – how do you escape them? How do you stop becoming just like them? These are the questions that define Eddie’s future.
I loved Eddie. He left his unhappy childhood, majorly unscathed and seemed to go through life, gathering strength with each new year. Until he discovers who his real father is and that’s where his world unravels. I found myself shouting at his adopted family for not seeing what was going on. On the outside, Eddie seemed to be happy. He didn’t dwell on the past, so his parents felt they had nothing to worry about – and yet Eddie was drinking what ever he could lay his hands on.
I really liked the format of the book. It is told from multiple view points, so you get a full view of how Eddie grew up and changed.  I’d never even considered what it must be like for children to be adopted and know that they are, but I did feel this book gave an excellent portrayal of situations like this.
This is a very dark tale, but also a very real one. To say I enjoyed it, would be the wrong thing to say. The best way to describe the book is to say that it spoke to me on an emotional level.
A hard hitting, reality read.
at October 12, 2013