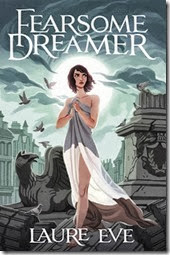 Surely that was too much blood for anyone to lose.
She never would have thought that people had so much of the stuff inside them. Was it all in the blood, then and was she seeing this woman’s life draining away before her eyes? Would it stay with her for ever, this moment? Would she tell herself to remember it, to see if she could, years upon years later?
Published by Hot Key Books in October 2013
Pages – 384
Book Summary
There is a world where gods you’ve never heard of have wound themselves into hearts, and choice has led its history down a different path.
This is a world where France made a small, downtrodden island called England part of its vast and bloated empire.
There are people here who can cross a thousand miles with their minds. There are rarer people still who can move between continents in the blink of an eye.
These people are dangerous.
And wanted. Desperately wanted.
Apprentice hedgewitch Vela Rue knows that she is destined for more. She knows being whisked off from a dull country life to a city full of mystery and intrigue is meant to be. She knows she has something her government wants, a talent so rare and precious and new that they will do anything to train her in it.
But she doesn’t know that she is being lied to. She doesn’t know that the man teaching her about her talent is becoming obsessed by her, and considered by some to be the most dangerous man alive …
*******
Laure Eve writes beautifully. Her descriptive voice is rich with detail – to the point I could almost be in the scenes presented.  The world building is immense in detail,  fascinating and in parts scarily, premonitory. The echoes of our present need for constant Internet access are mirrored here with a futuristic, full on dependency on Life, by most humans.  France is the big fat cat in charge of its poor relation, little old England. Just imagine how different life would be if that happened; how would we fair as a nation?
This book is an unusual book as it has a little bit of everything, beautifully blended together to create an intriguing plot, which is told from varying view points and we are shown the contrasting lifestyles of the World and Angletar. I did struggle at first to get my head around the differences, as Angletar had a historical feel to it, almost reminding me of the Middle Ages. I do think now on a second read, I will understand it a lot clearer than my first interpretation.
Rue and White were interesting and extremely well written characters – I would’ve liked them to meet earlier in the book, but I can see how that wasn’t possible with so much world building to be created. When the characters do meet,  the attraction can only mean  trouble.
I would advise reading the blurb on this book before reading it, as it does set you up for the plot. I only say this because this book is completely different to anything I’ve ever read before. The blurb actually prepares you extremely well for what is to come.
Definitely an original. Beautifully written and well paced. Laure Eve has created her very own genre!
at November 01, 2013