The Sound Of Us by Ashley Poston 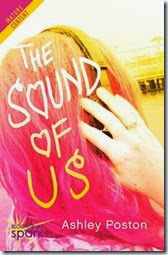 The only thing I hate more than Saturday night shifts at the bar are dentist appointments, and you have to be a sadist to like those. When I’m working without the manager, my mom, it’s worse, but she been MIA every weekend since the wedding.
Published by Bloomsbury Spark in December 2013
Pages -
America's favourite pop band, Roman Holiday, is done, dead, and so totally last year. For eighteen-year-old rockoholic Junie Baltimore, this is music to her ears. But when she discovers their sexy ex-lead singer hiding out on the boardwalk, her summer vacation becomes the cover story of the year.
She's willing to keep him a secret, but when a sleazy paparazzo offers her the cash she needs to save the bar her father left behind, could she sell out for the chance to save her future? Who is she kidding? That's a no-brainer...but she never planned on falling head over heels for the lead singer.
******
This book was a refreshing change and a surprising one as it is on the debut list for Bloomsbury’s new ebook imprint, Bloomsbury Spark which is launched this month. The reason I found it refreshing was probably the setting. Considering how influential the musical and celebrity environment is on the younger generations, there aren’t many books that embrace the pop star phenomenon. I can only think of C.J. Skuse’s Rockoholic And Bridget Tyler’s Drummer Girl that are set in the music world and it is definitely a subject to be explored further.
Junie is about to embark on the annual family holiday, only this time without her dad. Not long after his death, her mum remarried her high school sweetheart and lost interest in the family run bar that is struggling to survive. Junie refuses to let it go under and reluctantly goes away with her mum, where she literally runs into one of the most notorious pop stars around, Roman Holliday, who had disappeared off the face of the earth since the death of his band mate, Holly.  The two embark on an unlikely friendship, sparked by the tender flames of romance. There are a lot of similarities between Junie and Roman and their circumstances, which I do think helps to bring them together.
I loved all the characters. Each standing out proud and unique in their own way. Junie is one tough little cookie, not about to fall for a wallowing pop star…and yet Roman soon burrows into her affection. I loved Roman! He is the perfect blend of Adonis and geek; every girl’s dream.  Maggie definitely stands out from the crowd, in her desperate attempts to get noticed by every male possible. There is an incident in the book referred to as Plan B and all I can say is that scene is priceless. I could envisage most girls doing this as a possible option when all other avenues have been exhausted.
This really was an enjoyable debut with quite a few poignant moments. With hints of many of the great 80’s movies, such as Roadhouse and Shag, this has a lovely retro feel to it and certainly lifts your spirits by the end.  A solid and promising debut to put a smile on your face.

Other books being published with Bloomsbury Spark next week. 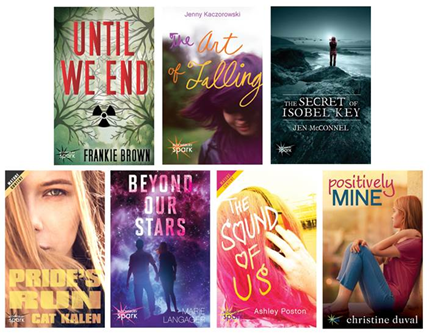