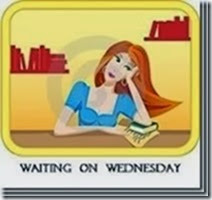 Waiting On Wednesday is a weekly event, started by Jill at Breaking The Spine, highlighting future book releases everyone is waiting on! Today I am super excited about the next book from Sarah Alderson, one of my favourite authors. Conspiracy Girl will be published in February 2015 by Simon and Schuster and I can’t wait to read it. 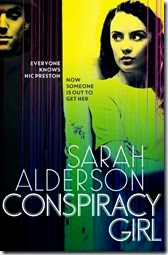 Book Summary
Everybody knows about the Cooper Killings – the Bel Air home invasion that rocked the nation.
There was only one survivor - a sixteen year-old girl.
And though the killers were caught they walked free.
Now eighteen, Nic Preston - the girl who survived - is trying hard to rebuild her life. She’s security conscious to the point of paranoia and her only friend is a French Mastiff bulldog, but she’s making progress. She’s started college in New York and has even begun dating.
But then one night her apartment is broken into and the life Nic’s worked so hard to create is shattered in an instant.
Finn Carter - hacker, rule breaker, player – is the last person Nic ever wants to see again. He’s the reason her mother’s killers walked free from court. But as the people hunting her close in, Nic has to accept that her best and possibly only chance of staying alive is by keeping close to Finn and learning to trust the person she’s sworn to hate.
Fleeing across a snowbound New England, frantically trying to uncover the motive behind the murders, Nic and Finn come to realize the conspiracy is bigger than they could ever have suspected. But the closer they get to the truth and the closer they get to each other, the greater the danger becomes.
To survive she has to stay close to him.
To keep her safe he has to keep his distance.
at November 26, 2014