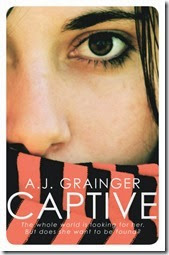 Paris. The coldest winter in the thirty years. The shivering limbs of trees pierce the deadened sky in the Jardin du Luxembourg. Ice clings to the abdomen of the Eiffel Tower. My father’s blood is a vivid stain on the withe-laced pavement outside the hotel.
Published by Simon and Schuster in January 2015
Robyn Knollys-Green is an A-list celebrity, famous for being the daughter of one of the world's most powerful men. But not even the paparazzi can find her now.
Robyn begins to realise that she is trapped in a complicated web of global corruption and deceit - and that the strange, melancholy boy who has been tasked with guarding her might not be an enemy after all . . .
******
I’d been waiting to read this book for quite some time. The buzz surrounding it told me that it was going to be something different and it definitely was. Trying to see where it would fit in the YA market, I realised it stands out a little on it’s own as it the first one I’ve read set in politics, involving a fictional Prime Minister. Perhaps a new genre is born – Political YA.  I loved that the book was set at No 10 Downing Street; it felt like I was getting a private tour of a place often seen as off limits. I could completely understand how stifling it must be to be constantly in the glare of the media. It takes living in a fish bowl to a new extreme.
It was interesting to see how different the public face of  the Prime Minister’s family differed from the private one; watching the cracks appear in the relationships as more and more pressure is put on the Prime Minister. Running the country really can’t be seen as just another job, it’s a life changing, all consuming career that sucks the whole family in. It’s surprising that any of the real Prime Ministers managed to come out of their roles without their families being in tatters.
I thought Robyn was a brilliant character. She really stood up to her kidnappers. She didn’t let her fear get the better of her. It was interesting to watch how her opinions of her father changed as the story unfolded. To begin with, her father could do no wrong; he was her hero. Yet as Robyn learnt more about  his involvement with Michael’s company, the bubble burst. She realised her father wasn’t as wonderful and caring as she thought he was. Scar was a rather nasty character and actually scared me more than Feather. You never could really work out what he might actually do next.
I liked how topical this storyline was. The  story revolves around the horrors that occur with drug testing and how easily people can be corrupted to believe the things  others want them to hear. The involvement of animal activists is a topic that doesn’t often appear in YA and I felt it really gave the story a strong, realistic presence.
I found the first half of the book more gripping than the second half. I think it might be because I struggled with the developing friendship between Talon and Robyn. I know Stockholm Syndrome is a common phenomena and I do feel the author dealt with the changes in their relationship really well. However I wasn’t sure how they could  end up with each other after all that happened. Perhaps this could be a follow up book as it would be interesting to see how Talon and Robyn  cope as a couple in the public eye.
On the whole though, I really enjoyed this book and I look forward to reading more from A.J. Grainger in the future.
at January 05, 2015