The Book Cycle with Sophie Cleverly 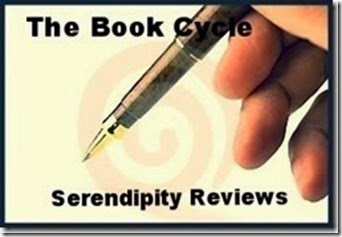 I am so pleased to welcome debut author, Sophie Cleverly, onto the blog, to show us how her idea, eventually became a book. Her debut novel, Scarlet and Ivy, has just been published by Harper Collins.

You never know where an idea will come from – a song, a painting, something you see in nature… or even the depths of your own head. The idea for Scarlet and Ivy – The Lost Twin was one of the latter, though it was coaxed out by a writing exercise that we were given at university one day. The exercise was to imagine a character returning to a room that they hadn’t set foot in for a long time. I imagined a girl walking in and seeing twin beds, and suddenly the idea blossomed – there was a lost twin, and a secret diary waiting to be found. 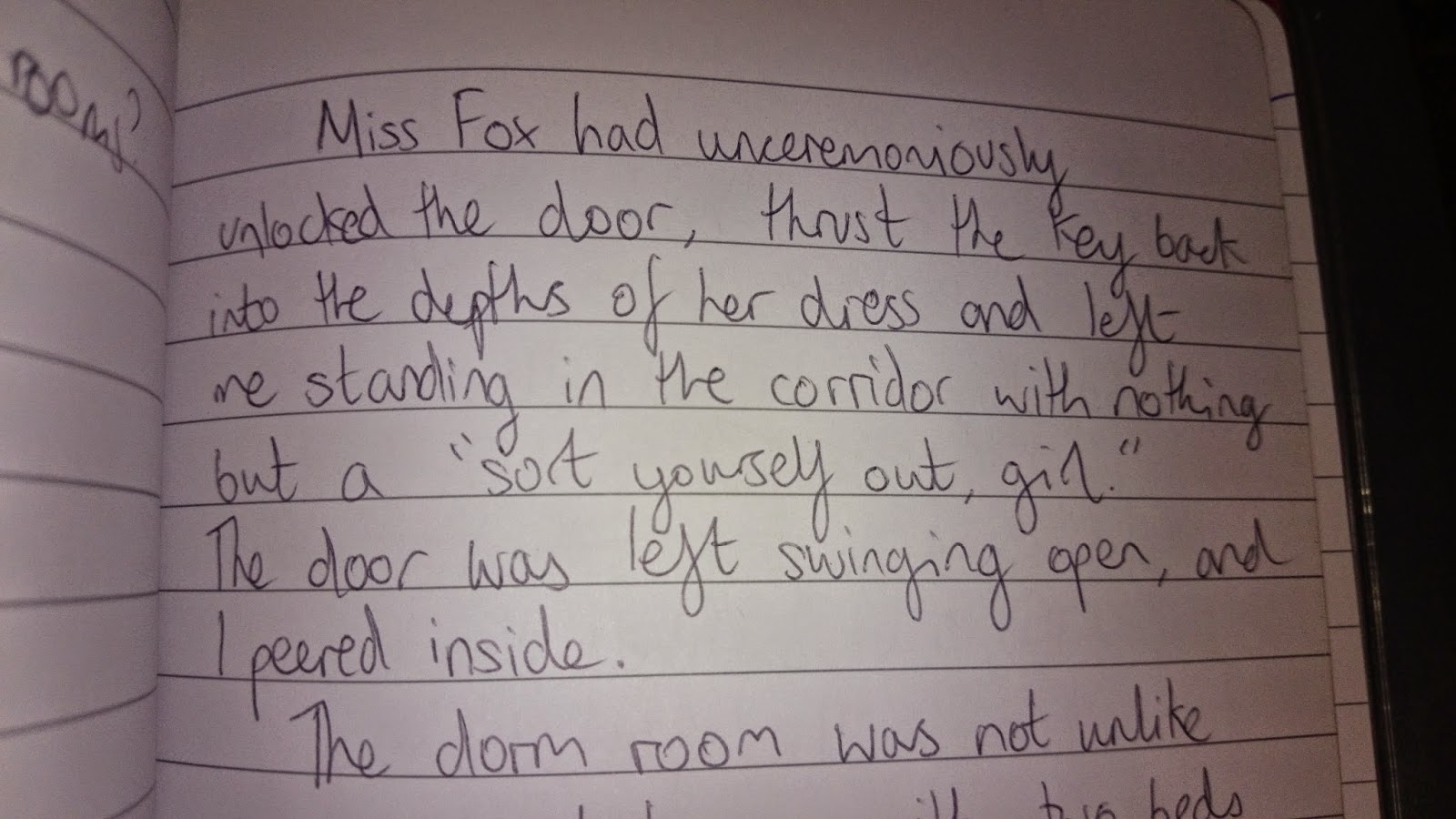 I let the ideas spill from my mind and into the first draft. I mostly write on the computer, but sometimes I use notebooks if I’m out and about. 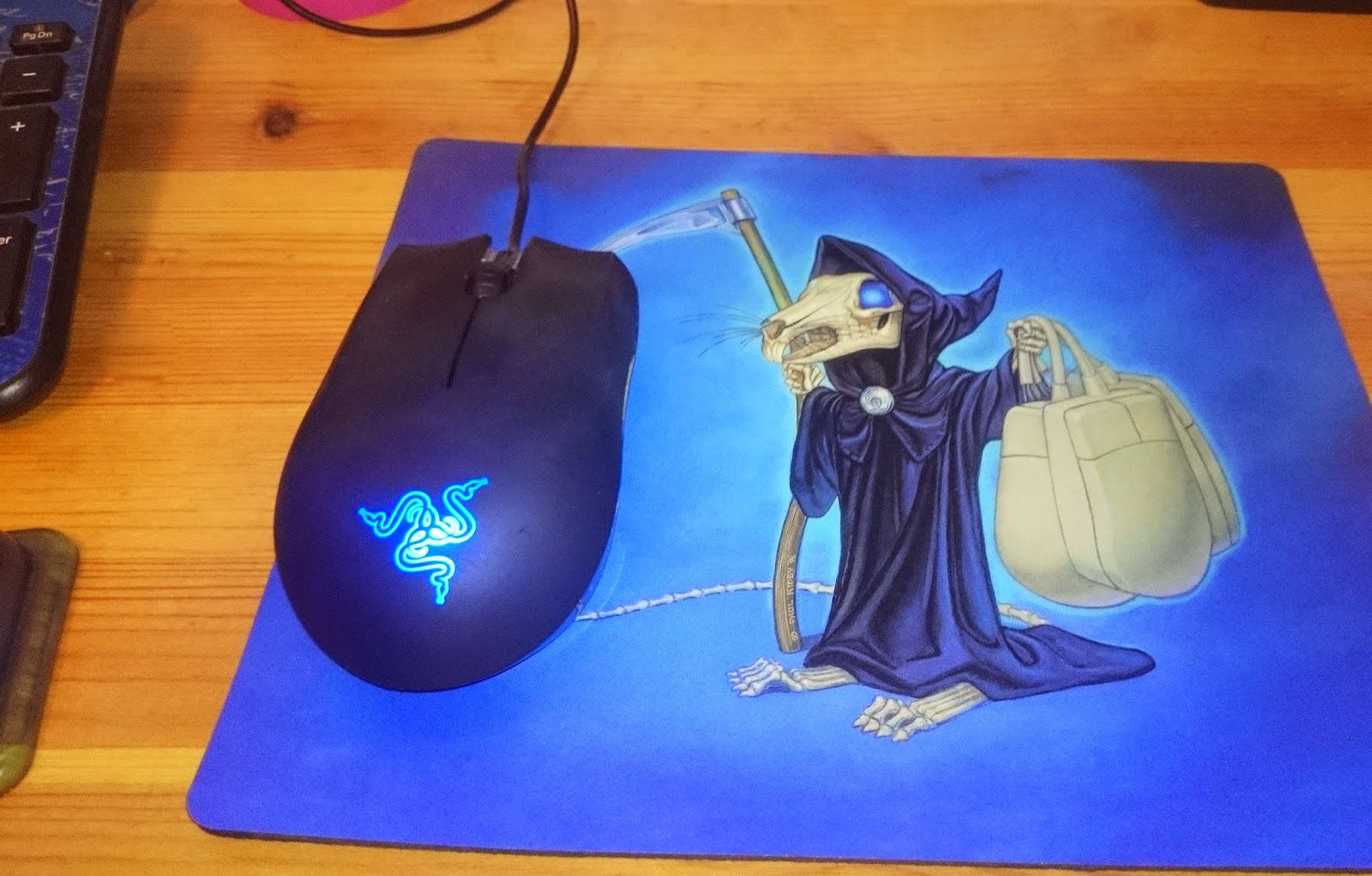 Two of my writing methods. SQUEAK.
I realised that the story needed to be historical (secrets are a lot harder to keep in this day and age, where information can be easily spread with smartphones). At the time, very little was being set in the 1930s, and as the golden age of mystery it struck me as a good time to set the story. So I started to research as I went along. I read a lot, but one of my favourite methods of research is to look at photographs. I’m not sure if it even counts as real research, but it’s certainly good for firing your
imagination. 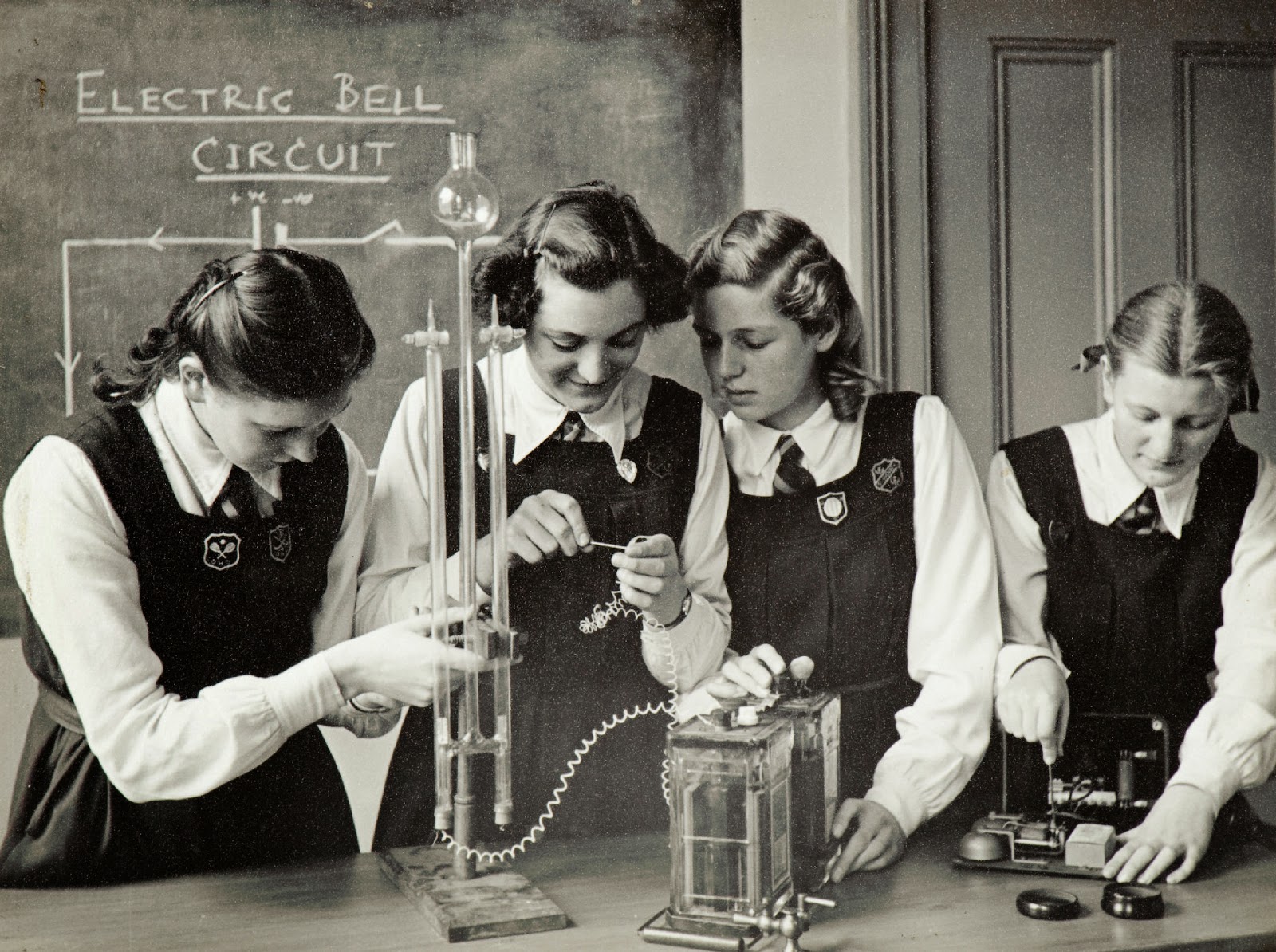 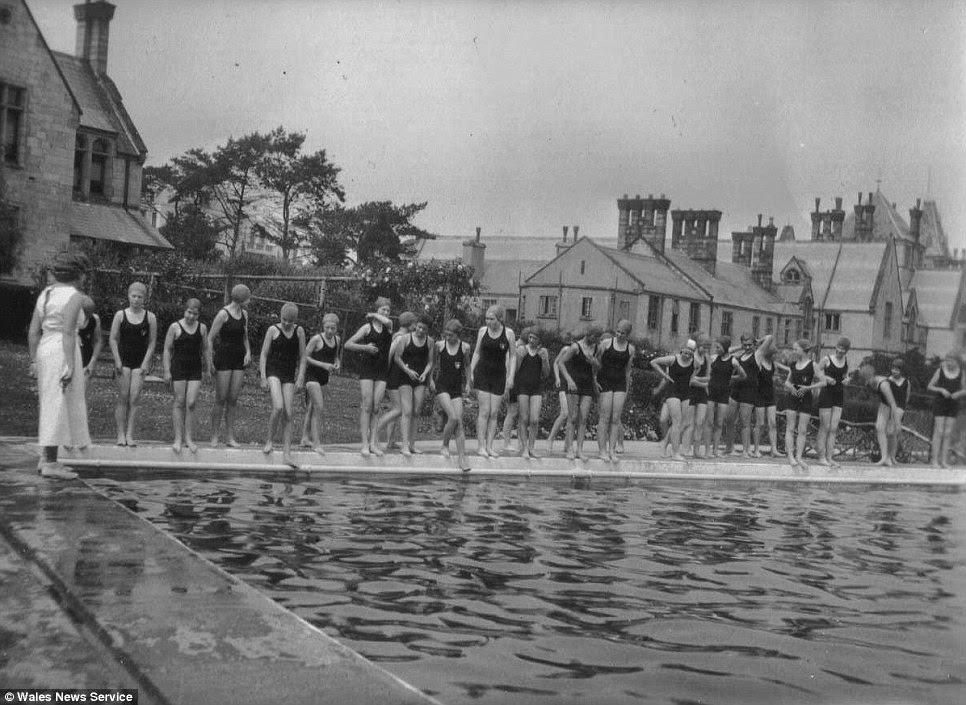 These pictures all inspired scenes in the book, at the rather nasty Rookwood School.
Clockwise from top to bottom: Girls learning physics at Derby High School, a swimming lesson at Howell’s School for Girls, Montacute House, the dining hall at Hunmanby Hall girls’ boarding school. 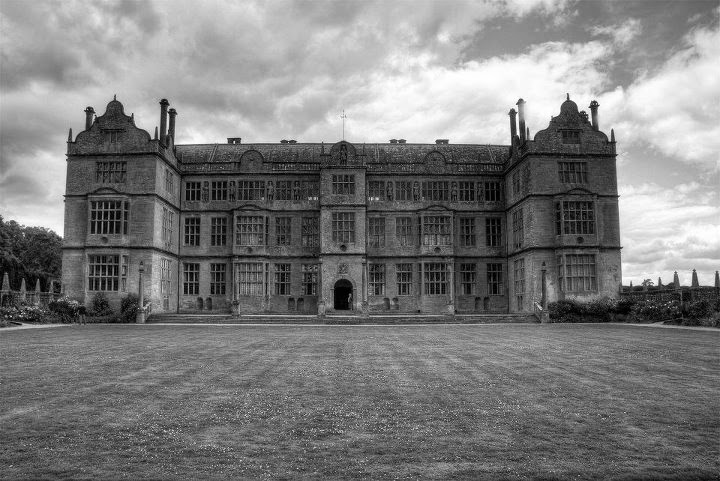 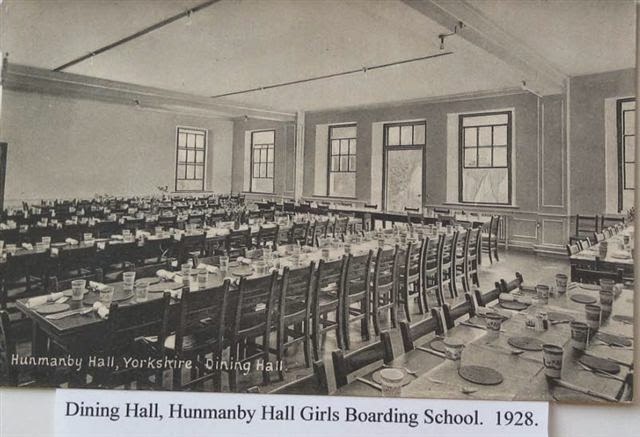 Since I was studying Creative Writing at the time, I also worked on a planning folder for my course. Several parts of this I’ve found useful for other writing projects, and for writing the series as a whole. I had maps, character sheets, a plan for the finding of diary entries and more. 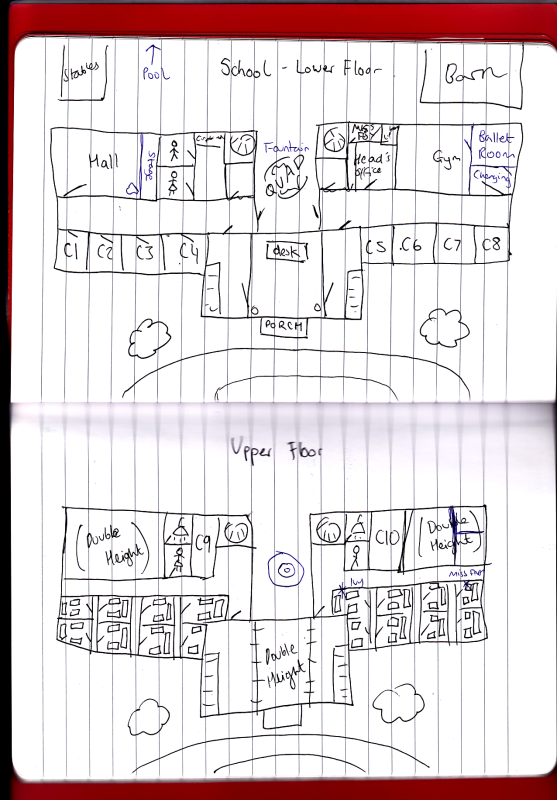 The original version of the Rookwood School map. It has improved – sadly, my drawing skills haven’t!


I edited my first draft as I went along, thanks to feedback from my workshop group. By the time I got to the end of the first draft, it was probably more like a tenth draft! For that first version of the story, I just rewrite without too much care for what’s cut (if it’s something I feel is particularly good, I tend to reuse it somewhere else). After that, I start a new document for each full draft and carry everything over before I start work on the editing. Everything that gets cut is then hoarded in a “cut stuff” file.
After I signed a book deal, the book went through 4 big edits. There’s the structural edit – that’s where you look at “big picture” stuff, and is the trickiest stage for me because it involves a lot of cutting, reshuffling scenes and rewriting. I tend to have a lot of Word documents open, with my new chapter plan and notes on anything I pick up on that needs work. Then there’s the line edit, where my lovely editor goes through the whole manuscript line by line and looks at what needs tightening. Finally in the copy edit, a copy editor (see what they did there?) uses a fine-tooth comb to pull out any errors in spelling, punctuation and continuity. After a few final checks, the book is sent off to print. 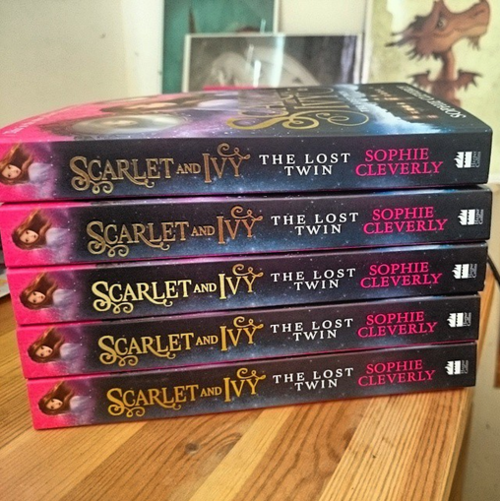 The real thing!
For the sequel, Scarlet and Ivy - The Whispers In The Walls (out in November), I had to work a bit of a different way round, because the publishers wanted to know what it was about before it was written. I wrote a long plot outline which I then narrowed down into a synopsis. I used the 7 Point Plot System to help get things in order. The first draft was easier going – it was a welcome return to Rookwood School and all the characters I already knew and loved. But the second draft was tougher, since when you’re writing a series you have to include fallout from book one and setup for book three.
The difference in writing process really proves what Gene Wolfe once told Neil Gaiman: "You never learn how to write a novel," he said. "You just learn how to write the novel that you're writing." 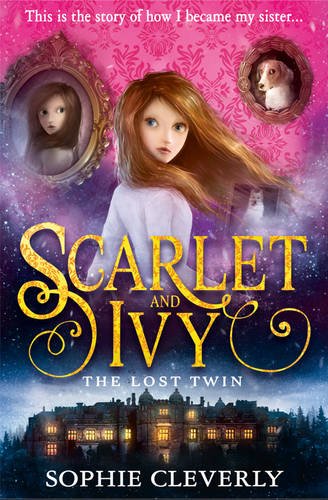 Book Summary
A spine-tingling mystery set in a creepily atmospheric boarding school. Ivy must uncover the secrets behind her twin sister Scarlet’s disappearance before it’s too late.
When troublesome Scarlet mysteriously disappears from Rookwood School, terrifying Miss Fox invites her quiet twin sister Ivy to ‘take her place’.
Ivy reluctantly agrees in the hopes of finding out what happened to her missing sister. For only at Rookwood will Ivy be able to unlock the secrets of Scarlet’s disappearance, through a scattered trail of diary pages carefully hidden all over the school.
Can Ivy solve the mystery before Miss Fox suspects? Or before an even greater danger presents itself?
The first in a mesmerising new series – perfect for fans of Holly Webb and Harry Potter and mysteries that demand to be solved!
Scarlet and Ivy by Sophie Cleverly is available to buy now.
To find out more about Sophie Cleverly:
Twitter / Website
at March 20, 2015