As I mentioned in my earlier post, we were shown a lot of books when we went to the Hot Key Blogger Brunch last Saturday. I've already told you a bit about the books coming out from the authors that were there on the day. Now I want to highlight the books I am really looking forward to out of the rest that were talked about. 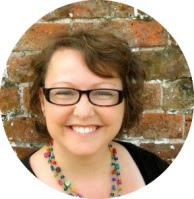 Counting Stars by Keris Stainton
I love anything that Keris writes! She has consistently brought out entertaining reads ever since she started writing. This is her latest YA novel and is about a young girl moving into a flat in Liverpool with seven older people, where she is trying to fit in. She begins to blog about her friends, who eventually discover what she is up to.    This is best described as Friends meets Fresh Meat and will be available to buy in September. How To Be Bad by E. Lockhart, Lauren Miracle, and Sarah Mlynowski
This is told from three viewpoints, with each author taking on a different voice. It is about three friends going on a road trip, where we discover each one's reasons for going on the journey. This is very much a character driven novel and will be available in June. I loved We Were Liars by E. Lockhart and Lauren Miracle and Sarah Mlynowski are authors I've heard a lot about before. 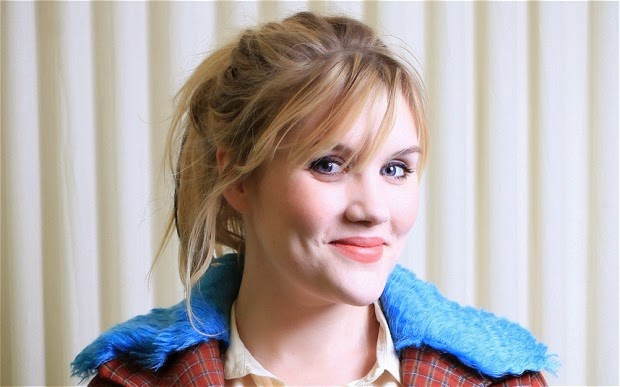 Monsters by Emerald Fennell
The author is better known for her Shiverton Hall novels. This book is a rather dark thriller, set in a Cornish town by the sea. The book follows two rather sinister teenagers, who are obsessed by murder and death. When a body is discovered on the rocks at the beach, these two can't stop themselves from searching out the truth. This will be out in October. 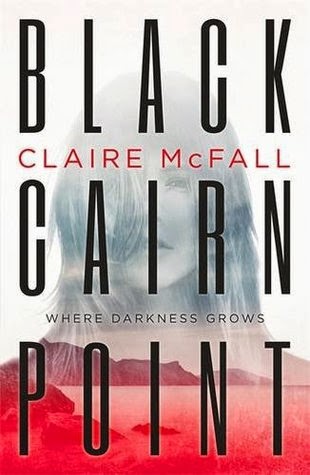 Black Cairn Point by Claire McFall
This sounds a lot a darker than Claire's first book, The Ferryman, which I loved. However, I honestly can't wait to read this. They only had to mention pagan burial sites at the blogger event, to have me really excited. This is out in August.
Summary
Two survivors, one terrible truth.
Heather agrees to a group camping holiday with Dougie and his friends because she's desperate to get closer to him. But when the two of them disturb a pagan burial site above the beach, she becomes certain that they have woken a malevolent spirit. Something is alive out there in the pitch-black dark, and it is planning to wreak deadly revenge.
One year later Heather knows that she was very lucky to escape Black Cairn Point but she is still waiting for Dougie to wake from his coma. If he doesn't, how will she prove her sanity, and her innocence? 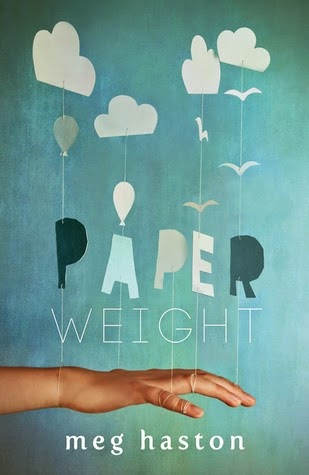 Paperweight by Meg Haston
I'm not usually keen on this type of book, but the Hot Key team really sold it to me. This is out in July.
Summary
What doesn't kill you makes you stronger.

Struggling to deal with her brother's death and a past she refuses to confront, Stevie knows she has problems. But she's still furious about the fact that she's been packed off to a health clinic, in the middle of nowhere, where mobile phones are banned and communication with the outside world is strictly by permission only. The regimented and obtrusive nature of the clinic and its staff is torture to the deeply private, obstinate Stevie - and don't even get her started on the other 'inmates'. All she wants is to be left alone...

But as Stevie is about to find out, life is full of surprises. And she will prove herself stronger than she knows - even when her past finally catches her up in the most shocking and brutal way possible. 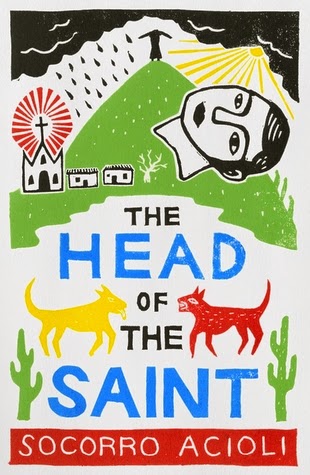 The Head of the Saint by Socorro Aciol
This is the first Brazilian book to be translated by Hot Key Books. Full to the brim of magical realism, I honestly can't wait until  October to read it.
Summary
After walking for days across the harsh Brazilian landscape only to be rejected by his last living relative, Samuel finds his options for survival are dwindling fast - until he comes to the hollow head of a statue, perfect for a boy to crawl into and hide...
Whilst sheltering, Samuel realises that he can hear the villagers' whispered prayers to Saint Anthony - confessing lost loves, hopes and fears - and he begins to wonder if he ought to help them out a little. When Samuel's advice hits the mark he becomes famous, and people flock to the town to hear about their future loves. But with all the fame comes some problems, and soon Samuel has more than just the lovelorn to deal with. A completely charming and magically told Brazilian tale, sure to capture your heart 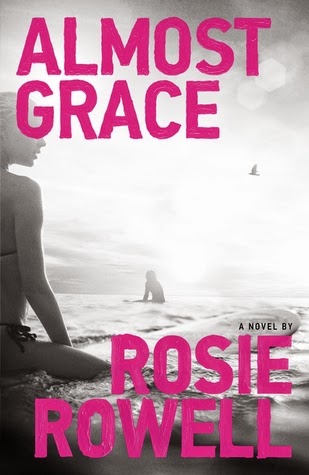 Almost Grace by Rosie Rowell
This is a coming of age story set in contemporary South Africa. Set at the beach, it had a real summer feel to it, yet deals with serious issues. I was lucky enough to pick up a copy at the event. I'm afraid everyone else will have to wait till June.
Summary
Grace and her Cape Town friends are renting a house on the coast - after exams it's their rite of passage into adulthood. Yet 'maturity' means different things to each of them. Brett and Louisa have plans - university, travelling - but Grace is uncertain of her future. Anxiety drives her to take control of whatever she can, starting with her own body, and it is starting to worry those around her.
When Grace meets Spook - an older, nomadic surfer - their attraction is instant and his relaxed familiarity and assured confidence catch her off-guard. Can she allow herself to lose control, and fall in love? 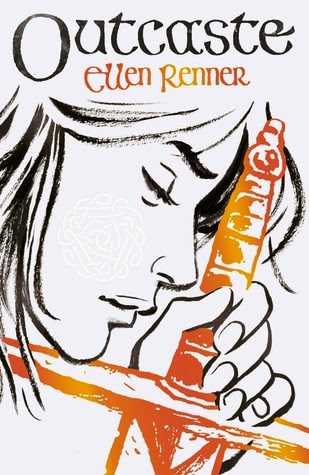 Outcaste by Ellen Renner
This is the second book in the fantasy series described in The Guardian as spellbinding. I haven't read the first one, Tribute, yet, but I am well aware of how talented an author Ellen Renner is. The sequel is published in May. This series will suit fans of Philip Pullman and Cornelia Funke.
Summary
Zara is on a quest for revenge - but is she amongst friends, or the bitterest of enemies?
Fleeing from the dangerous and powerful mage society she has betrayed, Zara has taken refuge in the Maker city of Gengst, where she knows she will face persecution and death if her identity is uncovered. She must live without magic, and even though she can finally be with the man she loves, her new life is far from the utopia she had dreamt it would be.
As the Knowledge Seekers work together to build machines powerful enough to end the centuries-long war between the mages and the non-magical Makers, Zara finds her loyalties and love tested to breaking point. She must face the evil that is her heritage, uncover the truth behind the childhood tragedy that haunts her - and find the strength to believe in herself. 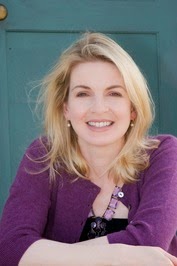 These Shallow Graves by Jennifer Donnelly
I read Jennifer Donnelly's Revolution very early on in my blogging life, and really loved it. So I can't wait to read this historical novel featuring kick ass women and epic descriptions. This will be out in October.
Summary
Set in gilded age New York, These Shallow Graves follows the story of Josephine Montfort, an American aristocrat. Jo lives a life of old-money ease. Not much is expected of her other than to look good and marry well. But when her father dies due to an accidental gunshot, the gilding on Jo’s world starts to tarnish. With the help of a handsome and brash reporter, and a young medical student who moonlights in the city morgue, Jo uncovers the truth behind her father’s death and learns that if you’re going to bury the past, you’d better bury it deep.