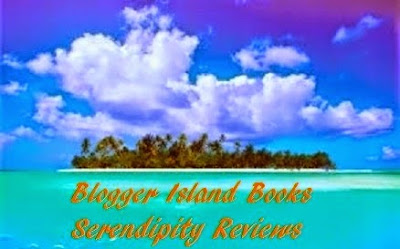 Another victim, I mean guest to arrive at Blogger Island with her small collection of books to last her for her her stay (the rest of her life...). I think Rosy has been a little bit sneaky with her final book and I'm still debating whether to let her keep it or throw it back out to see, so she forfeits her last book!
Rosy from Review Diaries shares the books she couldn't possibly live with out. Rosy can be found on her blog, Review Diaries as well as YouTubing on Bookish Brits. 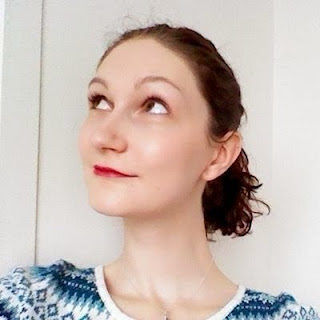 It was fiendishly difficult trying to come up with only eight books to take with me, but strangely I loved eight as a number rather than five or ten… Eight is a good number of books to be left with!
The eight books that made it onto my list are all ones that I literally could not live without. They all mean something to me, have touched me in some way, and are favourites that I love coming back and reading time and time again. I have multiple copies of each in multiple formats, and if my house was on fire they would be the first books I’d grab to save – a fitting selection to take with me! 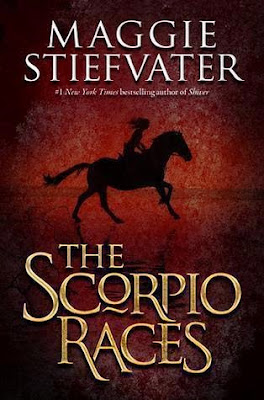 The Scorpio Races by Maggie Stiefvater
If at gun point someone told me I had to pick a favourite book, it would probably be this one. I become slightly incoherent when trying to talk about my love of this book, but I’m going to try… It is everything. Stiefvater’s writing went to a whole other level when she wrote this book. It gets points for being a standalone and being so utterly perfect in its single status. But added to that are the characters, the island itself, the horses, the traditions and rituals. The big sweeping moments and the quiet parts that can be even more moving – a finger against a pulse, hair curling out from underneath a hat, fresh warm bread brought as a gift. The characters are incredible, they feel real (not least of all when I’m listening to the wonderful audiobook) and really drive this story. If I could move to a fictional place it would be Thisby. Always Thisby. The sun and the sand and the sea and Corr. It is a stunning and life changing book to read and I never grow tired of reading it. 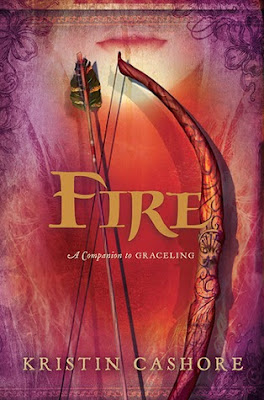 Fire by Kristin Cashore
I adore all three of Kristin Cashore’s books, but there is something about Fire that draws me to her story most often and would mean that she would be the one I would be least able to leave behind. Cashore’s stories are incredible, bursting with life and magic and imagination – Fire’s most of all. She’s a softer heroine than Katsa or Bitterblue, vulnerable in ways that they aren’t, but also harder and stronger in ways they aren’t too. She’s an inspiration, a role model, full of so much love and determination to do the right thing, be the right person, to not fall to corruption like her father. Her story is such an incredible one, populated with wonderful characters in this fascinating landscape and I adored the shifting alliances, the politics and intrigue and the brewing war. Her Monsterness only lends another aspect of individuality to the story and it is both a wonderful novel in its own right and a brilliant companion to the other two books. The prose is breath-taking in places, a raw lyricism that sweeps me away and strikes me anew every time I revisit the Dells, which is quite often… 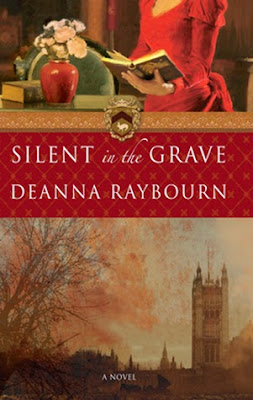 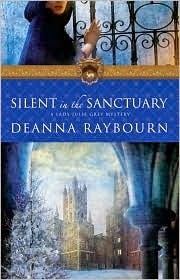 Silent in the Grave & Silent in the Sanctuary by Deanna Raybourn
My love of Deanna Raybourn’s books knows no bounds. I’m not entirely sure what it is about them. The brilliantly researched and written world? The lifelike and fantastic characters, most notably our heroine Julia herself? The thrill of the chase, the feeling of impending doom as the revelation of the murderer looms? Probably all of the above. Deanna’s books are some of the best written historical novels I have ever read, and I adore Julia the heroine who turns from a withdrawn doormat at the start of the novel into a bright, vibrant and inquisitive woman who is driven by determination, courage and curiosity – no matter the cost. There are five Lady Julia novels in total (plus four novellas) and whilst I love all of them, my favourites will always be the first two. The first because it is the start of the adventure where we learn all about Julia and Brisbane – not to mention the incredible supporting characters – and we see Julia’s transformation into the truly formidable woman who greets the remaining books. The second because it is set at Christmas, in the ancestral home of the Earl of March’s family. A murder mystery with a house full of Christmas guests? The perfect whodunit. It’s always one I love to re-read in the run up to Christmas. 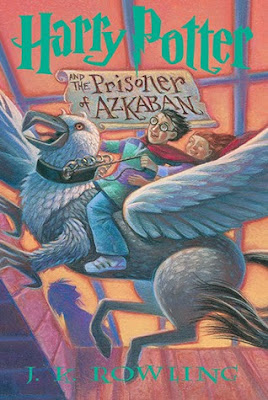 Harry Potter & the Prisoner of Azkaban by J. K. Rowling
I love all of the Harry Potter books. They were a huge and definitive part of my growing up and shaped a lot about me, including the books I love to read. Whilst a sensible person would take one of the bigger volumes, thus having more pages to read, I would have to take the third book, ‘The Prisoner of Azkaban.’
The third book was the first one I had to wait for, I read the first two back to back from the library and I remember getting increasingly impatient that the third book wasn’t out, and then it was out but I didn’t have any money to buy it, and to very young me this seemed like the most tragic thing in the world. The third book has always been the most magical to me, and the most fun. It is the only book where Harry doesn’t have to face off against Voldemort, and as a result it doesn’t feel as dark. There’s the expansion of the world – Harry stays in Diagon Alley for the last few weeks of the holiday and we’re introduced to Hogsmead and the Marauder’s Map. This instalment just captures the essence of the fun of magic for me, teetering on the brink of the darkness of the later books, but with more to it than the first two books. I love that feeling that Hogwarts is safe, the world isn’t in too much danger, and that magic is fun – the perfect piece of escapism. 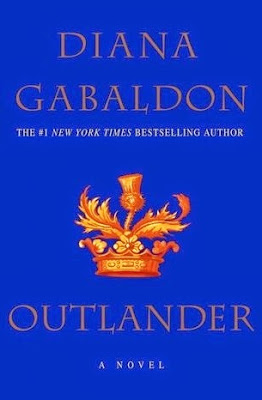 Outlander by Diana Gabaldon
This is a relatively new discovery for me – both in book form and the new tv show, but even though these books have only been in my life a short period of time in comparison to the other choices they have made a significant impact. I’d take the first book in the series with me. I love this gorgeous mash up of ideas and genres. It’s a romance book, a time travel book, an historical novel, and a fascinating insight into the turbulent Scottish Highlands in 1743 – it’s a bit of everything. Gorgeously written with one of my favourite love stories at its heart, Claire and Jamie break my heart and epitomise true love for me. It’s a breath taking novel, and I storm through it every time I read it. It gives me pieces of so many things that I love in books, and it is all driven by this an incredible heroine and vivid rendering of a fascinating period of history from a modern woman’s view point. Plus, Jamie Fraser. ‘Nuff said. 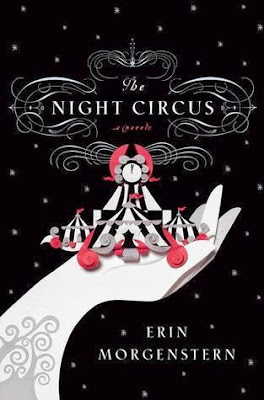 The Night Circus by Erin Morgenstern
This book was like nothing I had ever read before. It was such a haunting and beautifully lyrical style of writing – it felt almost like poetry at points. Magic, forbidden romance, historical setting, all these things on their own were enough to make me love this book. But there is something undefinable about it that made me want to never stop reading. I wanted to wander the circus forever, I wanted to visit, to witness the magic for myself. I never wanted to leave the pages of this book. It is bittersweet and tragic and gorgeous and breath-taking and every other wonderful word. It is a truly magical novel that is another one I return to again and again and again and I cannot imagine ever growing bored of reading it – the perfect candidate to take with me if I only ever get to read eight books on repeat for the rest of my life! 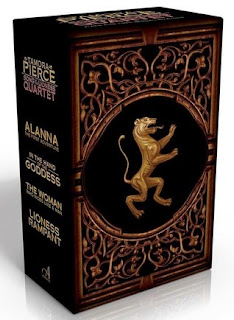 The Song of the Lioness by Tamora Pierce
This is a quartet of books, but I own them as one volume so I’m hoping this counts! If it doesn’t and I had to pick one of the quartet it would have to be ‘In the Hand of the Goddess’ the second book of the four. These books were my introduction to fantasy. Eleven year old me was getting increasingly frustrated with the books housed in the school library and discovered this series quite by chance and refused to let the fact that someone had already taken out the first book stop her from reading them… hence my love particularly of the second book.

These books were life altering. Like I said, my introduction to fantasy with an incredible, strong heroine at the heart of the story who refuses to let being a girl stop her from being the knight she’s always dreamed of being. Magic! Fighting! Thieves! So much to love! They also really shaped my ideas about love because Alanna falls in love a couple of times during the story (they cover her life for a period of around eleven years) and shock horror, has sex without being married. It was such a revelation that these books were allowing a female character to fall in love and be intimate with men and not shame her for it. They offer such a freeing and liberating perception of being a girl in a male dominated society, and how Alanna tackles being her own person, both girl and warrior knight. So there is no way I could be stranded on an island and not have at least one of these books with me. I re-read them regularly and enjoy them as much today as eleven year old me did reading them for the first time.

Enjoy your stay on Blogger Island, Rosy. Don't be surprised if your final book goes missing!