The Time in Between by Nancy Tucker 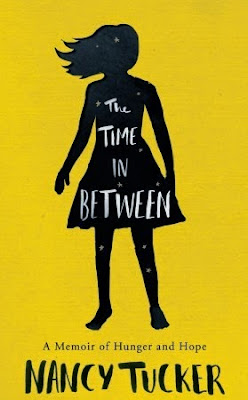 When I wake up, it is because someone has poured poison into my mouth; sluiced it around my gums, dripped it between my teeth. The poison is sharp and spiky inside me; it arcs my tongue, bitterness clawing at the insides of my cheeks. As the poison trickles over my soft palate, I absent-mindedly conclude that I will be dying today. Accept with heavy boredom, that today, at fifteen years old and five foot three inches tall, I will be dying.
Could be worse.
Published by Icon Books in April 2015
Summary
When Nancy Tucker was eight years old, her class had to write about what they wanted in life. She thought, and thought, and then, though she didn’t know why, she wrote: ‘I want to be thin.’

Over the next twelve years, she developed anorexia
nervosa, was hospitalised, and finally swung the other way towards bulimia nervosa. She left school, rejoined school; went in and out of therapy; ebbed in and out of life. From the bleak reality of a body breaking down to the electric mental highs of starvation, hers has been a life held in thrall by food.

****
I don't think I really knew what to expect from this book. I can't remember the last time I read anything autobiographical. If I'm honest, it is normally the type of book I would steer clear from. However, Stevie, also known as vlogger, Sable Caught, kept telling me how amazing this book was and how everyone should read it. So I caved in and read it.

To say I loved it would seem wrong, because it covers a really dark time in the author's life. I was captivated by and engrossed in this book. My eyes were blown open by the full effects of an extremely severe eating disorder. When I think of anorexia nervosa, I usually just imagine haunted faces,  protruding bones and a ghost like appearance. I've never really thought about what might be going on inside their heads. This book really gets to the deepest part of Nancy's thoughts and feelings as she lets that inner voice consume her.

We all have inner voices that we need to learn not to listen too, but every so often they take control, creating hysteria and severe panic in our lives. Often we have the tools to brick that inner voice back up behind the wall of reason and learn to make our own decisions. People suffering with any form of mental health, don't have that luxury and they need extra help to control the voice. Nancy struggled with that voice for twelve years, with the voice winning most of the time. It took a long time before Nancy could start to turn away from the voice. That is upsetting to read about.

The book is written in various formats, using scripts, diary entries and letters alongside normal prose to show the true reality of the destructive nature of an eating disorder. The writing is beautiful, almost poetic in nature. The author has a real talent with words, quietly invading your mind, and pulling you into her past.  I found it quite unusual that none of the other people in Nancy's life are mentioned by name. I thought it might be because it was Nancy's story and she didn't want us to lose focus from the situation she had created. Perhaps it was also to protect the people around her, who I imagine struggled with this book and the part they played in her journey.

At times, I found myself  annoyed with her parents, for not noticing sooner and not realising their words acted like catalysts in her self destruction, but then I thought how easy it was for a child to hide their eating habits from an adult and how a flippant comment can so easily be taken to heart. As the illness became stronger, Nancy became devious in her actions. She knew exactly how to wear her mother down , which resulted in the  focus dissolving from her eating habits. She became more elaborate in her excuses for not eating; an obsessive compulsive desire for food to look perfect before she would eat it.

It seemed that many of the people surrounding Nancy, didn't really  know how to cope with her illness, so it wasn't a surprise that her friends drifted away from her.

I never realised that anorexics went to the furthest point they could go by fasting for weeks on end. I can't even imagine what that must be like. I can't go without lunch, let alone food for days.

This isn't a glorified account of how to be anorexic. Far from it. This is the truth of how anorexia or bulimia can destroy everything within you as well as around you.  A must read in all secondary schools. I really hope this book gets the critical acclaim it so rightly deserves. I also hope the author is staying strong on her road to recovery and never returns to the dark places it previously took her.
at May 17, 2015