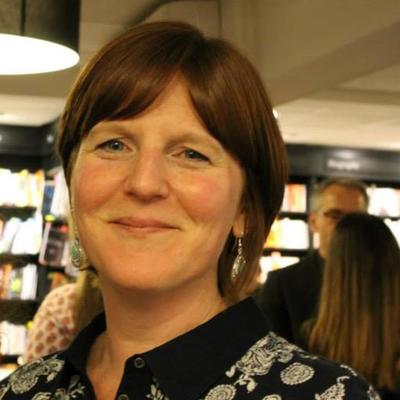 What are you frightened of?

The Dark. I have always been frightened of the dark and the odd shapes that take on such menace when the lights go out. I thought this was something I’d grow out of when I became A GROWN UP. But this hasn’t happened. The Dark remains a very scary place.

What story used to frighten you as a child?

Rapunzel. I had a beautiful illustrated version of Rapunzel and whoever had drawn that witch knew exactly how to capture evil on the page. The scene where she catches the man in the garden stealing cabbages for his wife terrified me, I couldn’t look at her face so I scribbled it out with a felt tip pen. I also used to imagine myself trapped in that high tower with no friends, no family and seemingly no way of escaping. Very scary!

What used to frighten you as a child?

A tapping noise on my window pane every night. It sounded like witches talon scraping against the glass and I imagined those nails were so long that one night they’d break through the glass, reach into my bed and grab me. It turned out it was just a tree banging against the window in the wind, or so my parents told me, but I was never 100% convinced.

Have you ever been in a graveyard at night?

Of course! My friends and I used to do dares and graveyards were top of our list. There’s something very invigorating but equally terrifying about running through a graveyard in the dead of night.

What is the scariest film you’ve ever watched?

When I was about a young teenager my brother and I were obsessed with a series of films called HOUSE. HOUSE 1, HOUSE 2 and so on, I think there were 5 of them. We used to watch them in the dark (see, The Dark again!) with a group of friends and pretend to our parents that we were watching something else but we gave ourselves away slightly when we came tearing out of the lounge and into the dining room panting with fear and slight hysteria.

What is the scariest book you’ve ever read?

I’m torn between Tommyknockers and It by Stephen King. I went to Spain with a group of friends when we were 18 and after I’d worked my way through all of my books I borrowed from my friend’s Stephen King collection. I didn’t get much sleep for the rest of the holiday. I’ve never seen the film because I’m just not brave enough. 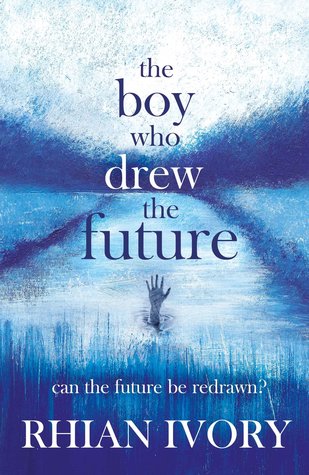 The Boy Who Drew The Future by Rhian Ivory is published by Firefly Press.
Summary
Noah and Blaze live in the same village over 100 years apart. But the two teenage boys are linked by a river and a strange gift: they both compulsively draw images they don’t understand, that later come true. They can draw the future.
1860s – Blaze is alone after his mother’s death, dependent on the kindness of the villagers, who all distrust his gift as witchcraft but still want him to predict the future for them. When they don’t like what he draws, life gets very dangerous for him.
Now – Noah comes to the village for a new start. His parents are desperate for him to be ‘normal’ after all the trouble they've had in the past. He makes a friend, Beth, but as with Blaze the strangeness of his drawings start to turn people against him and things get very threatening. Will he be driven away from this new home – and from Beth?
Will both boys be destroyed by their strange gift, or can a new future be drawn?
To find out more about Rhian Ivory:
Twitter
at October 28, 2015