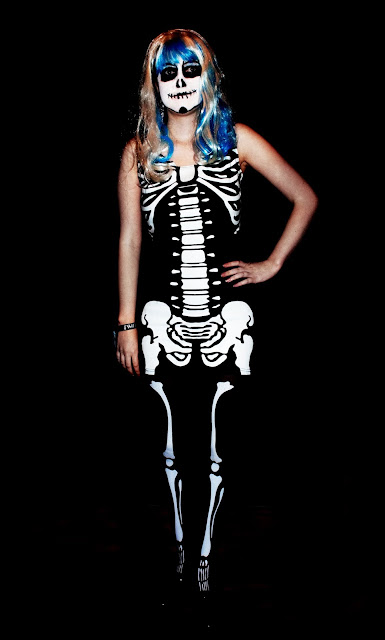 What would you dress as up to Trick or Treat?

I love to dress up at Halloween. I like the traditional scary costumes – ghost, witch, vampire. I have a glow-in-the-dark skeleton outfit which I particularly love. This year I’m planning on being a wicked witch – I just need to find a black cat and a broomstick.

What story used to frighten you as a child?

I had a picture book called Bedtime for Frances, which was all about a little badger who’s scared to go to sleep because she imagines everything in her room to be a scary monster. It was supposed to be reassuring, but the illustrations were eerie and it had this strange pink and green colour scheme that made the whole thing very unsettling. It made me start to imagine that things in my room were scary rather than stop me doing it!
There was a scary read that I loved though: The Berenstain Bears book Spooky Old Tree. The pictures were spine-tingling, but the story was fun and exciting. I wanted to explore a Spooky Old Tree of my own.

Have you ever been in a graveyard at night?

I have… I’ve always been fascinated by graveyards. My mum used to take me to play in the one in the village near our house. I loved to read the inscriptions (in fact I did my A Level English coursework on the language of gravestones).
When I was a bit older, my friends and I had a big obsession with watching Buffy The Vampire Slayer on TV. One Halloween we decided to go to the churchyard after dark and see if we could find any vampires. We took wooden stakes and collected some bottles of holy water from the spring. It would have been very scary… had there been any vampires.

What is the scariest book you’ve ever read?

It would have to be Let The Right One In by John Ajvide Lindqvist. It’s a Swedish vampire novel, and it truly terrified me. Definitely not suitable for kids, and maybe not suitable for grown-ups either…

How do you spend Halloween?

A Halloween party is a must, I think. Last year I went to my friend’s house – we had a ton of spooky decorations and plenty of sweets to give out. We decorated a cake (with a pumpkin and a ghost and, erm, some pirates?) and watched a movie. I always think I like carving pumpkins, until I remember that it’s incredibly messy and quite difficult to do any sort of complicated design without chopping your fingers off!

Which book would you recommend to read on All Hallows Eve and why?

I think The Graveyard Book by Neil Gaiman is a perfect Halloween read. It’s both creepily atmospheric and hauntingly beautiful. I’ve always wanted to write a book set in a graveyard but Neil beat me to it, and he did an incredible job. For those who’ve already read it, the graphic novel version is a treat, or there’s even a full cast audiobook you can listen to.

Thanks Sophie! I absolutely adore your glow in the dark skeleton outfit! 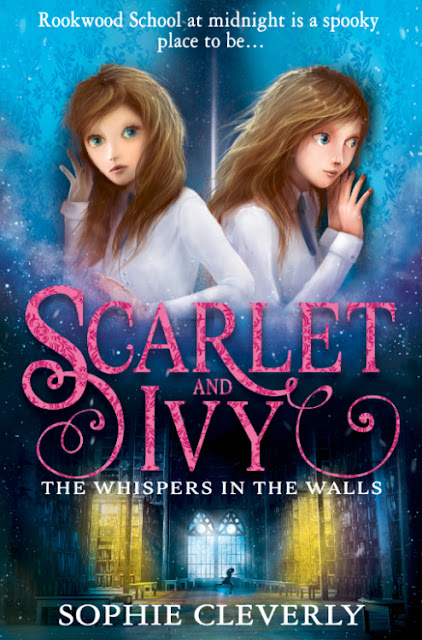 Summary
The twins have been reunited, but are definitely not out of danger…
Evil Miss Fox may have fled the scene, but headmaster Mr Bartholomew is back, imposing a reign of terror with his threats of epic punishments should any of the pupils step out of line.
When possessions and food start going missing, and the finger of suspicion is pointed firmly at troublemaking Scarlet, she knows she must uncover the truth to clear her name. The twins’ investigations through the school in the dead of night reveal a secret hidden deep within the walls, a terrible crime committed many years past, and a very real threat to their present…
To find out more about Sophie Cleverly:
Twitter / Website / Tumblr