5 Gigs I Wish I’d Been At by Sophia Bennett

As part of the Love Song tour, I am so pleased to welcome Sophia Bennett onto the blog to tell us about the five gigs who would have loved to attend. 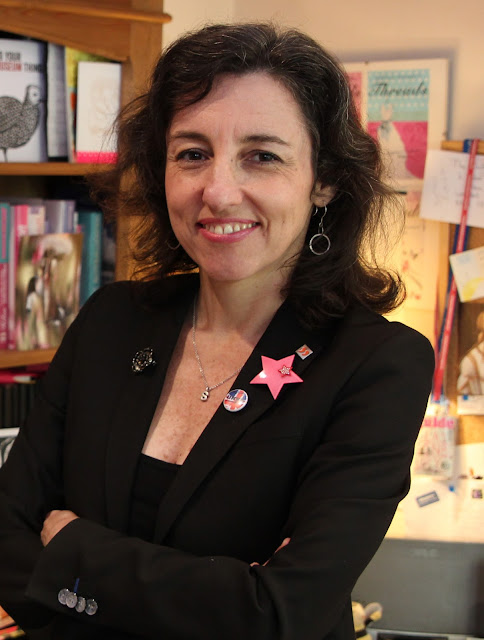 1) Bowie in Berlin
It’s 1987 and the Berlin Wall is still standing. Right beside it, a pop superstar is doing a gig so loud they can easily hear it in East Berlin. When he sings Heroes, which he wrote and recorded in Berlin, the cheers from the East can be heard in the West. Something is happening. Something is changing. People who were in the East at the time said the hope they felt that day helped to bring the wall down in 1989.
I lived in Berlin in the 1980s, when it was still divided, and was a big Bowie fan. I try to imagine the shivers I would have felt if I’d been there, and heard those distant cheers. The combination of the music and the politics would have been incredible.
This is how the German Foreign Office tweeted about it after Bowie’s death:
GermanForeignOffice Verified account ‏@GermanyDiplo
Good-bye, David Bowie. You are now among #Heroes. Thank you for helping to bring down the #wall. #RIPDavidBowie
Retweets 8,185
Likes 8,724
10:41 AM - 11 Jan 2016

2) Bowie at Glastonbury
Bowie again. I miss him. (To be perfectly honest, I saw him once, on his Serious Moonlight tour in 1983, and I was disappointed. It was his most successful tour, but to me the show felt too slick – there was no improvisation, and no sense of danger. The music was good, but it wasn’t the Bowie I loved. It’s interesting to know now that he didn’t love it either: it was too big and grand – and he tried not to repeat it. )
I wish instead, I’d been at Glastonbury in 1971, when the festival was still a mad, disorganised, cult venue. This new guy had asked if he could sing, and they gave him the dawn slot, because hardly anyone had heard of him. Early on midsummer morning, news went round the sleeping tents that you had to get up and go back out into the sunrise, because somebody amazing was playing. There was David Bowie, looking like a hippy Oscar Wilde in linen pyjamas and a big floppy hat, playing seven songs to whoever showed up. Anyone who was there has never forgotten it.

3) Blur
What I’ve learned about going to festivals is that it’s no fun if the artists sing at you the whole time. The crowd want to be involved. There’s nothing like being surrounded by a hundred thousand dressed-up Dolly Partons (men and women), all singing along to Dolly, me included, and Dolly looking shocked and amazed that we all knew the words to all her songs. But that’s a gig I didn’t miss …
Back to Glastonbury – 2009. Blur are back, and they’re playing Tender. This is the video.
It still gives me shivers. They’d been away for a while, and they didn’t know if anyone was still interested in their music. Well, they needn’t have worried. To quote Alex James, the bassist: "There was a lot of love in the room! Between the four of us suddenly all the crap forgotten and a quarter of a million people singing along in ecstasy. It's a once in a lifetime thing."
If you watch the video, check out the final minute of Tender, after the song is officially over. From the silence, the packed crowd spontaneously sing it back to the band. Watch Damon Albarn’s face. I’ve written that experience into two books. It’s in the final scene of You Don’t Know Me, and it’s how Jamie feels about singing to the crowd in Love Song. Mega-fame is hard, but it has its moments.

4) Prince at the Indigo2 during his 21-night stand at the O2 in 2007, or at Hop Farm in 2011
I’ve always been a big Prince fan, and I saw him at the O2 and he was brilliant – fizzing with energy and fabulously supported by his all-female backing band. After each show (there were 21) he used to go and play at the much more intimate Indigo club next door, where he’d just jam with the band for hours. I love the idea of being in a small audience, watching a genius musician make music for the hell of it. I hope there was dancing, because if I’d been there I’d have danced till morning.

5) The Monterey Pop Festival, 1967.
It’s June in Monterey in California. Tickets cost $3 to $6.50, and most of the artists are performing for free. Monterey has never done a pop festival before, but it’s done jazz and folk, and the event is well organised. Performers include The Who, Ravi Shankar, Jefferson Airplane, The Jimi Hendrix Experience, Otis Redding and Janis Jopling. It’s the Summer of Love. The police are out to check for drug problems, but end up being festooned in flowers. Woodstock happens two years later. This is where it began.

Thanks for sharing such awesome gigs, Sophia! 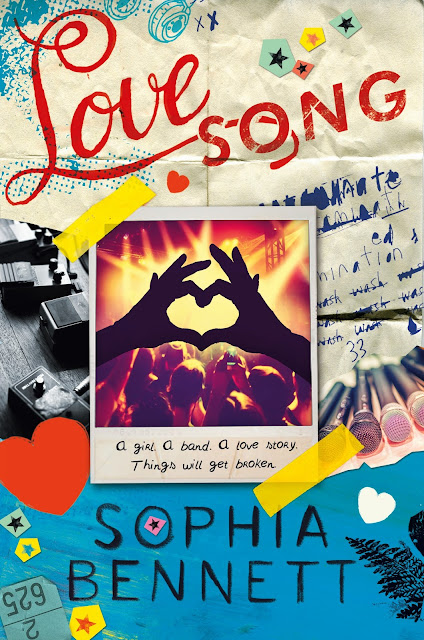 Love Song by Sophia Bennett was published in April by Chicken House.
Summary
A million girls would kill for the chance to meet The Point, but Nina’s not one of them.
She’s the new assistant to the lead singer’s diva fiancée, and she knows it’s going to suck. She quickly learns that being with the hottest band on the planet isn’t as easy as it looks: behind the scenes, the boys are on the verge of splitting up. Tasked with keeping an eye on four gorgeous but spoiled rock stars, Nina’s determined to stick it out – and not fall for any of them …
To follow Sophia Bennett:
Twitter
Website
Facebook
at April 12, 2016