Inspire Me! The inspiration for “Magpie Soup” by Dave Cousins.

To celebrate the publication of the collaboration, Stories From The Edge, I'm so pleased to welcome Dave Cousins back onto the blog, to tell us about the inspiration behind his story in the book, Magpie Soup. 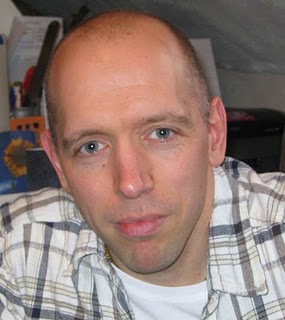 Hi, Viv—thanks for inviting me back to Serendipity Reviews.
Long time visitors to the blog might remember “15 Days without a Head”—my debut novel for teenagers published back in 2012—it’s where Mina, from “Magpie Soup”, made her first appearance. 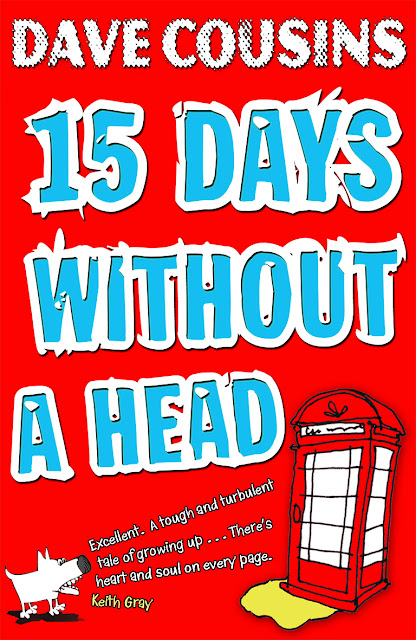 She wasn’t supposed to have a huge role in that story, but the moment I started writing about Mina, I knew she was going to be important to Laurence and Jay’s story. She was one of those characters who came to life on the page. I liked her irreverent take on life, the way she gently teased Laurence and was more than happy to join Jay in his crazy six-year-old world. Mina offered the brothers friendship, help, and someone to trust when they needed it most.
Which was great—but it also gave me a problem. “15 Days without a Head” wasn’t supposed to be about Mina, it was Laurence and Jay’s story. The term ‘killing your darlings’ will be familiar to anyone who has reached editing stage with their writing, but this time it really hurt. I had to sit Mina down and, as diplomatically as possible, remind her that she was only supporting cast. Of course, she took it better than I did—but that was the moment something sparked into life somewhere in the dark depths of my subconscious—the idea that Mina deserved her own story.
I travel a lot visiting schools, libraries and book festivals, and most sessions end with a Q&A. I’m always touched when someone asks if there will be a sequel to one of the books—when readers want to know what happened next for Laurence, Jay and Mina. A few people even told me that Mina was their favourite character, and each time they did, that spark glowed a little brighter.
In “15 Days” Mina and her dad have recently moved down from Yorkshire. We know that Mina plays in a brass band and that her mum has died. I decided I wanted to go back and explore Mina’s life before she meets Laurence and Jay.
For me, stories are centred on characters—I’m interested in people—how they cope with what life throws at them. Losing a parent at a young age is going to be a life-changing experience, so I decided to set the story on the morning of Mina’s mum’s funeral. Then I sat down and started writing, and waited to see what would happen.
That’s how I like to work—discovering the story as I write. I follow the characters, listen to what they have to say, and watch what they do. It’s not the most efficient method, and can take a long time with lots of false starts and dead-ends. Many times I’ve written tens of thousands of words before I realise there simply isn’t a story to tell, which is frustrating. But this method has also provided some of the scenes and ideas I am most proud of—they grew organically from the writing and would never have occurred to me had I sat down and tried to plot them out. Not that I’m saying plotting doesn’t work—far from it. Once I discover the story I’m trying to tell, I have to find structure and balance among the mess on the page—but that comes later.
Following Mina on the morning of her mum’s funeral led me to a song. Mina needs to feel her mum’s presence in the room full of sombre people in dark clothes, and plays one of her mum’s favourites. It’s a song Mina grew up with—knew all the words to, without ever consciously learning them. There’s a line in the song about eating soup with magpies in! It struck me as an idea a child would pick up on—the younger Mina would have wanted to know if people really made soup from magpies—like the blackbirds baked in a pie from ‘Sing a song of sixpence’. Mina remembers her mum’s explanation—
“You told me that magpies fill their nests with shiny things they like the look of, and that magpie soup was the same: a combination of all the things you liked, so it was different for each person who made it. You said it didn’t matter if the ingredients didn’t really go together—because how could it taste bad if it was made up of all my favourite things? I have to say, you set yourself up for disaster with that one, Mum.”
That was the spark. The rest of the story grew from there. By the end, Mina is able to come to terms with her mum not being around anymore because she realises that her mum will live on in her memories and all the things she taught Mina—like how to make Magpie Soup. 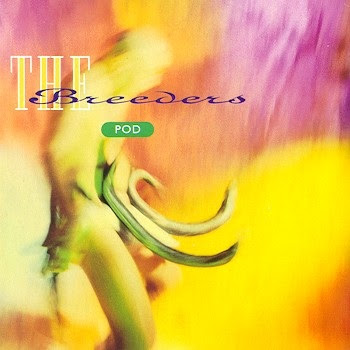 Mina’s mum’s favourite song is ‘Fortunately Gone’ by The Breeders—you can listen to it here.
https://youtu.be/OlFJufLRQMU?list=PL5143E0B5C2566757 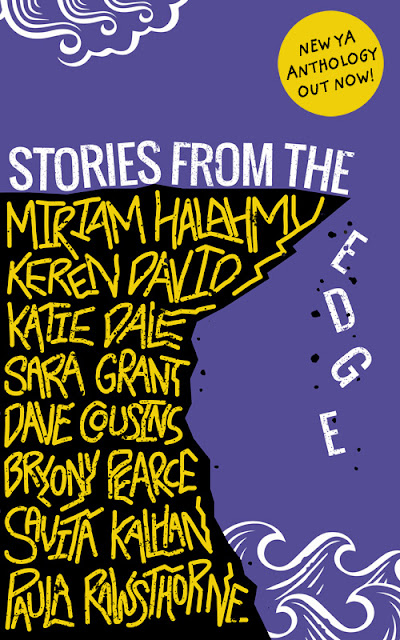 “Magpie Soup” is from the new Young Adult anthology “Stories from The Edge”, a collection of gripping, thought-provoking tales by eight award-winning UK YA authors.
From the perils of online chat rooms, doping in sport, racism and terrorism, to gender and self-esteem issues, love, life and death, “Stories from The Edge” isn’t afraid to ask some big questions. Sometimes frightening, often funny, always brutally honest, these stories will take you to where the shadows are darkest and the ground drops away. The question is, are you prepared to look over the edge?
Out now in paperback (£5.99) and eBook (£1.99) Please visit http://edgeauthors.blogspot.co.uk for details.

Email ThisBlogThis!Share to TwitterShare to FacebookShare to Pinterest
Labels: dave cousins, inspire me, magpie soup, stories from the edge