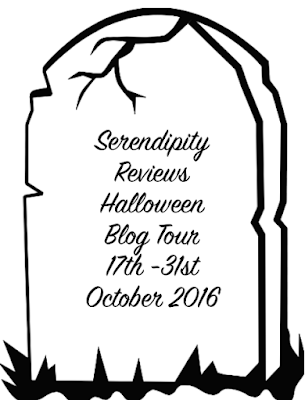 I'm so excited to have author, Andy Robb on the blog today. Andy is famous for his Geekhood series as well as being the heart and soul behind the UKYA Blogger Awards. 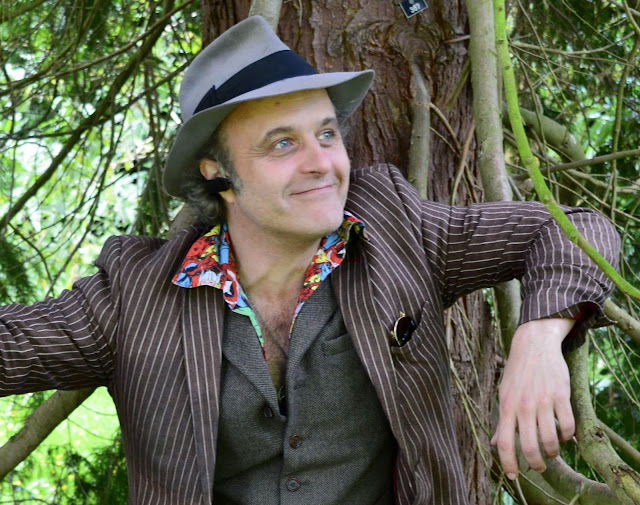 It's not often you get to meet a real, live witch but, in 1988, I became friends with a woman who I’ll always remember as Evil Edna.
I was working at the Stephen Joseph Theatre in Scarborough, as a scene-shifter. Most people there knew I wanted to go to drama school and become an actor, so they cut me an awful lot of slack and let me take part in things that might help – like the company warm-ups. 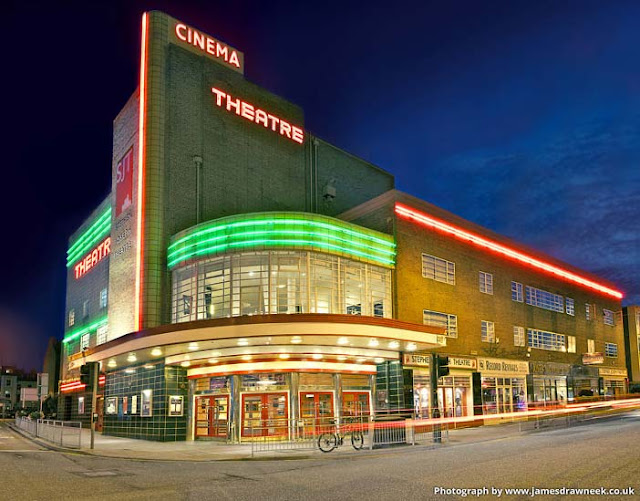 These were run by a woman called Edna.
Edna was far from the pointy-hatted, walnut-face old crone you tend to think of when you hear the word ‘witch’. She was older, possibly in her late sixties, but always incredibly turned-out. With her Yorkshire accent, dyed red hair, colour-co-ordinated make-up and jingling with jewellery, it was a bit like talking to an insanely-glamorous dinner-lady. A dinner-lady who appeared not to have any bones in her body. While me and the actors would be straining to make a stretch or wheezing our red-faced exertions in an exercise, Edna made things look easy and effortless.
Over the next few months, we got quite matey and would hang out in the theatre bar, where she’d sup a port and brandy “for me vocal chords, luv.”
As we got to know each other, she let slip that she was a witch. I can’t remember how she told me, but it was common knowledge in the theatre and she’d tell stories about her coven meeting up and performing rituals. I was genuinely interested and, whenever we met, I’d ask her what she’d been up to. Eventually, she invited me to a ceremony – probably just to shut me up. But, for her and her fellow witches, this was a Big Deal: this was Samhain. Or, to muggles like me: Hallowe’en.
Hallowe’en came around and, as I’d been instructed, I walked from the place I was living, to Edna’s flat, carrying a bottle of wine (fairly witchy) and some cake (not that witchy at all). Part of the ceremony involved the exchange of gifts at the threshold to where the ritual would take place. Cake and wine are, apparently, what witches like, in case you ever bump into one. 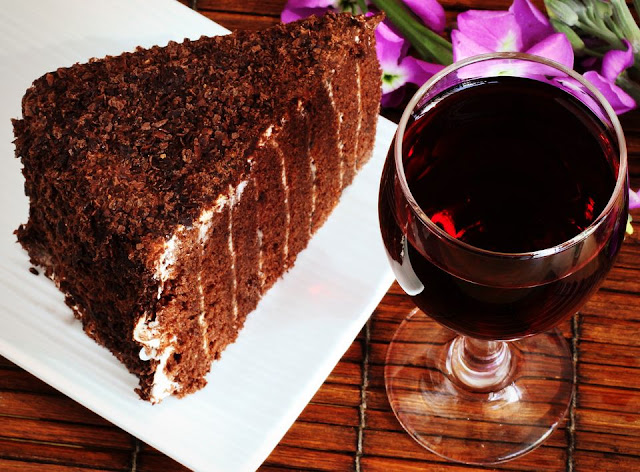 As Hallowe’ens go, it had all the right ingredients: full moon, dark night and a glitter of frost. All it needed was a few bats and it would’ve been textbook.
I got to Edna’s, knocked on the door and waited, clutching my wine and cake, suddenly a bit nervous.
The door opened and there she was, dressed in her full regalia: a patterned robe, crescent-moon earrings, a pentacle around her neck and her fingers stacked with rings, sporting stones and crystals – all offset with a pair of slippers. The threshold for the exchange of my gifts was the porch where Edna kept her wellies. The wellies had stars on the them. If that’s not the sign of a witch, I don’t know what is. Pointy hats are so last year. 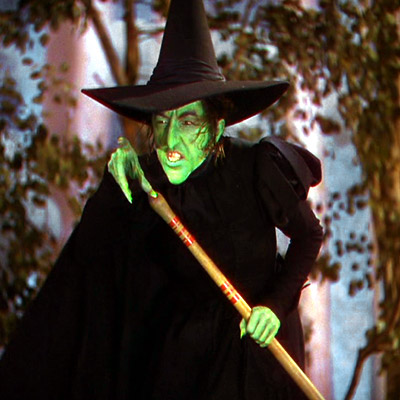 As per instructions, I offered up my gifts and Edna gave me mine: an envelope that I was to open the next day.
So far, so good.
Edna showed me into her lounge, which was already thick with incense. Through the perfumed fog, I could just about make out two other witches and a warlock, sat on her sofa.
Not a cauldron in sight.
Not even a black cat.
However, the assembled members of Edna’s coven were all drinking, from ornate, black chalices. Hoping to hear something along the lines of ‘eye of newt toe of frog’, I asked what was in them.
One was having a cup of tea (I assumed the drink-driving laws applied to broomsticks), while the other two were on the red wine.
Not quite the bubbling brews I’d been secretly hoping for; the closest I was going to get to a potion was Pinot Noir or PG Tips.
I went for the Pinot.
We all chatted for a bit, ate cake and Edna pointed out some of the things that were going to be used in the ceremony:
Black candles (cool!)
A black-handled, arcane-looking knife (excellent!) 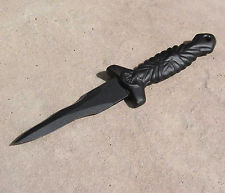 A bowl of salt (OK…)
Edna had also assembled a little shrine, with some little statues of the various deities that were going to be invoked. There were also loads of photos, in small frames, all close to the candles, which were lit. These were people that the witches were going to send good energy to; a bit like praying for someone in a church, but with more words and a bit more dancing.
Out of respect for Edna and her religion, I won’t go into the full details of what happened, but I’m sure she wouldn’t mind me telling you one bit:
As part of the procedure, the witches summoned various spirits and beings, one of which was Herne the Hunter. Because some of these beings are a bit ‘chaotic’, you can never quite tell how they’re going to react or what they’re going to do. This is where the salt came in: sprinkling a circle of salt around us, Edna explained that this was a protective measure. Salt’s the thing, if you ever happen to find yourself surrounded by pagan deities. I’m not sure why they don’t like it – but they don’t.
The only problem was that Edna’s front-room wasn’t that spacious and the circle of salt was quite small, so we were all huddled, back-to-back, in the middle of it. Barry (the warlock of the group) happened to be standing a bit too close to Edna’s altar, on which the candles were burning. His robes had those long, tapering sleeves which,
when you stand with your arms by your side, tend to hang down quite a way. Unfortunately for Barry, his dangled into a flame and, as Edna was doing the summoning bit, the smell of burning slowly filled the room. Luckily, one of the other witches (who I think was called Linda), still had her wine on the go and threw it over his sleeve, just as it caught fire.
Unfortunately for Barry, his robe now had a charred sleeve and red wine stains all over it.
The deities were summoned and tasked with doing good for those in the witches’ thoughts and, after some spell-casting, they were dismissed and the circle was quickly hoovered up.
Walking home that night, it struck me what a lovely and peaceful religion it was. Although they’d told me that there were ‘bad witches’ out there, who use their abilities to cause problems for people, the gang I’d hung out with were focussed completely on making the world a better place.
I opened that envelope the next day and it turned out that Edna had taken the time to write out a three-page Wiccan spell for me. It’s way too long for me to put it all down here and, again, out of respect for Evil Edna, I’m not sure I should. But, there is a stanza in there that I think is a good one to live your life by – and it goes like this:
“You are your own Devil
You are your own God
You have fashioned the paths
That your footsteps have trod
And no-one can save you
From error or sin
Until you have listened
To the Spirit within.”


Happy Hallowe’en!
Or, as Edna would’ve said: Blessed Be! 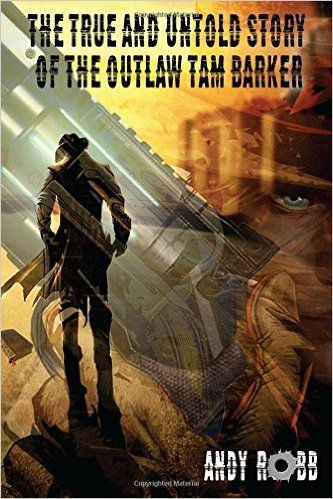 The True and Untold Story of the Outlaw Tam Barker by Andy Robb is available to buy from Amazon here.
To find out more about Andy Robb:
Website / Twitter
SaveSave
at October 30, 2016