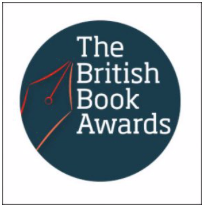 Last week, I was lucky enough to be sent the whole set of books in the debut category of the British Book Awards and I thought it would a fabulous idea to highlight them.
For those of you that don't know about the British Book Awards or the Nibbies, as they are fondly known, let me enlighten you.
The awards were set upon 1990 and are now produced by The Bookseller, designed to celebrate the best books, bookshops and publishers in the UK. This year the awards are going to be held in a lavish ceremony at Grosvenor House in London, next week, with Lauren Laverne ( author, radio DJ and TV presenter) as the host.
There are eight different shortlisted categories. I'm going to showcase the debut authors, but if you would like to know more about all the other categories, please click here.

Now the debut category really excites me, because there are some amazing books on it, that I've been dying to read. Let me tell you all about them, with a summary of each book. 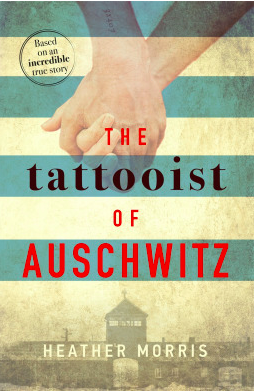 The Tattooist of Auschwitz by Heather Morris.

This book is already taking the world by storm. Listed as the No1 bestseller in European History for Young Adults, it also has nearly 4,000 five star reviews on Amazon.
I've been dying to read this for ages, as one of the teenagers at school read it and has not stopped raving about it.
This is biographical fiction based on interviews with Holocaust survivor and Auschwitz-Birkenau tattooist Ludwig (Lale) Sokolov. Among the atrocities of the period, a love story blooms.

Summary from Amazon
In 1942, Lale Sokolov arrived in Auschwitz-Birkenau. He was given the job of tattooing the prisoners marked for survival - scratching numbers into his fellow victims' arms in indelible ink to create what would become one of the most potent symbols of the Holocaust.
Waiting in line to be tattooed, terrified and shaking, was a young girl. For Lale - a dandy, a jack-the-lad, a bit of a chancer - it was love at first sight. And he was determined not only to survive himself, but to ensure this woman, Gita, did, too.
So begins one of the most life-affirming, courageous, unforgettable and human stories of the Holocaust: the love story of the tattooist of Auschwitz. 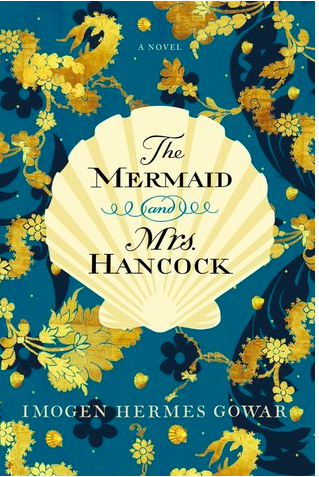 The Mermaid and Mrs Hancock by Imogen Hermes Gowar

This is another book that has been on my radar for quite some time. I nearly bought it for the cover alone.  Shortlisted for the Women's Prize for Fiction in 2018, it was also listed in the Sunday Times Top Ten of Historical Fiction.

Summary from Amazon.
One September evening in 1785, the merchant Jonah Hancock finds one of his captains waiting eagerly on his doorstep. He has sold Jonah’s ship for what appears to be a mermaid.
As gossip spreads through the docks, coffee shops, parlours and brothels, everyone wants to see Mr Hancock’s marvel. Its arrival spins him out of his ordinary existence and through the doors of high society, where he meets Angelica Neal, the most desirable woman he has ever laid eyes on... and a courtesan of great accomplishment. This meeting will steer both their lives onto a dangerous new course.
What will be the cost of their ambitions? And will they be able to escape the legendary destructive power a mermaid is said to possess? 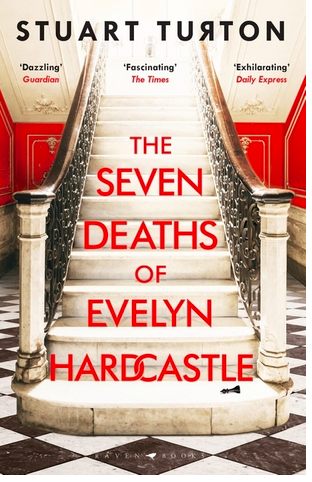 The Seven Deaths of Evelyn Hardcastle by Stuart Turton

Not only was this a Sunday Times bestseller, but it also won the the Costa Books Awards in 2018 for first novel, not to mention Book of the Year, by the Guardian It has been shortlisted and long listed for numerous awards ever since it was published. I'm so excited by this book, that it was one I already owned. I've been told it will actually blow my mind.

Book Summary from Amazon.
Tonight, Evelyn Hardcastle will be killed ... Again It is meant to be a celebration but it ends in tragedy. As fireworks explode overhead, Evelyn Hardcastle, the young and beautiful daughter of the house, is killed.
But Evelyn will not die just once. Until Aiden - one of the guests summoned to Blackheath for the party - can solve her murder, the day will repeat itself, over and over again. Every time ending with the fateful pistol shot.
The only way to break this cycle is to identify the killer. But each time the day begins again, Aiden wakes in the body of a different guest. And someone is determined to prevent him ever escaping Blackheath... 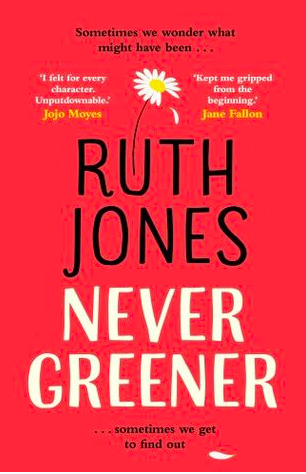 Never Greener by Ruth Jones
If you've watched Gavin and Stacey a zillion times like I have, you will already be familiar with this Bafta winning co-writer and star of the show. This is Ruth's debut novel, was picked by Zoe Ball for the TV Book Club, it has also been listed as a Sunday Times Bestseller. Last year it won the WHSmith Book of the Year too.

Book Summary from Amazon
The past has a habit of tracking us down. And tripping us up.
When Kate was twenty-two, she had an intense and passionate affair with a married man, Callum, which ended in heartbreak. Kate thought she’d never get over it.
Seventeen years later, life has moved on – Kate, now a successful actress, is living in London, married to Matt and mother to little Tallulah. Meanwhile Callum and his wife Belinda are happy together, living in Edinburgh and watching their kids grow up. The past, it would seem, is well and truly behind them all.
But then Kate meets Callum again.
And they are faced with a choice: to walk away from each other . . . or to risk finding out what might have been.
Second chances are a rare gift in life. But that doesn’t mean they should always be taken . . . 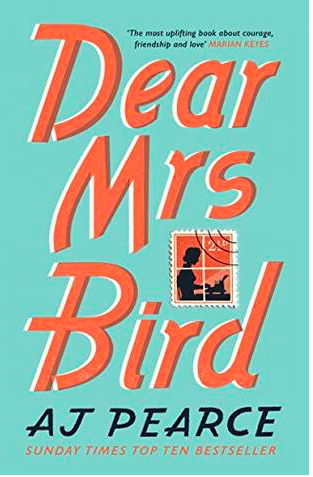 Dear Mrs Bird by AJ Pearce
This was chosen as one of the Richard and Judy Book Club Picks as well as a Sunday Times Top Ten Bestseller. I've not hear much about this book before, but it does sound delightful.

Book Summary from Amazon
London, 1941. Amid the falling bombs Emmeline Lake dreams of becoming a fearless Lady War Correspondent. Unfortunately, Emmy instead finds herself employed as a typist for the formidable Henrietta Bird, the renowned agony aunt at Woman’s Friend magazine. Mrs Bird refuses to read, let alone answer, letters containing any form of Unpleasantness, and definitely not those from the lovelorn, grief-stricken or morally conflicted.
But the thought of these desperate women waiting for an answer at this most desperate of times becomes impossible for Emmy to ignore. She decides she simply must help and secretly starts to write back – after all, what harm could that possibly do? 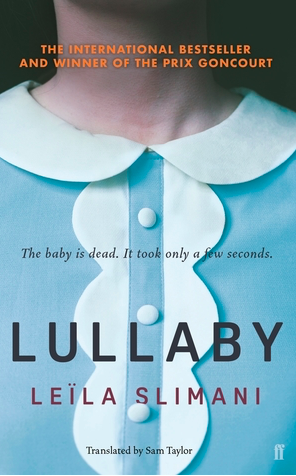 This book is already an international bestseller, winning the Prix Goncourt as well as being listed as A SUNDAY TIMES TOP 100 NOVEL OF THE TWENTY-FIRST CENTURY. This book sounds quite disturbing, but I've been informed that it is a compelling read.

Book Summary from Amazon
When Myriam, a brilliant lawyer, decides to return to work, she and her husband look for a nanny for their two young children. They never dreamed they would find Louise: a quiet, polite and devoted woman who sings to their children, cleans the family's chic Paris apartment, stays late without complaint and hosts enviable birthday parties. But as the couple and their nanny become more and more dependent on each other, jealousy, resentment and suspicions increase, until Myriam and Paul's idyllic domesticity is shattered . . .

So there you have all the books shortlisted in the debut category of The British Book Awards. I'm excited to read them all!
Which one would you like to read?
Who do you think will win?