Always Here For You Blog Tour

I'm delighted to have author, Miriam Halahamy on the blog today, for a question and answer session. Miriam's latest book, Always Here For You has just been released. 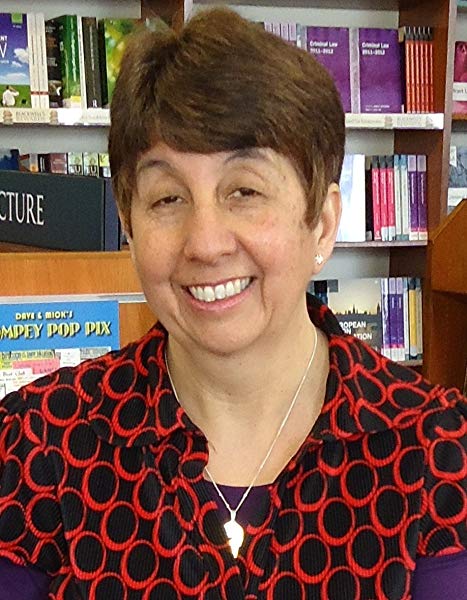 1)    For the purpose of my readers, can you tell me a little about your latest book, Always Here For You?

Holly, 14 years, is lonely now that best friend, Amy, has moved to Canada and doesn’t stay in touch. Meanwhile mum and dad are very preoccupied with ‘Gran’s Crisis.’ Home alone, Holly turns to her phone and meets Jay, 14. Caring, funny and with so much in common, Jay is the perfect guy. They chat online, but Holly knows to be careful, she's heard the horror stories. As they grow closer and closer, chatting with Jay is all that makes Holly happy. Mum and Dad's rows get more intense and Amy's radio silence continues; the only one who understands her is Jay. As Holly lets her guard down, is Jay all he seems? Is Holly in too deep? And is it too late?

2)    You like to set your books in a lot of areas in Sussex, what made you choose Brighton for this book?

I love setting books by the sea, like my cycle of books, Hidden, Illegal and Stuffed, Troika Books, set on Hayling Island. I have been visiting Brighton since I was a child and I thought it would make a nice contrast as it is a university city by the sea, with a lot of buzz and a famous pier – an important feature of the book.

In the past five years, there has been a rising concern about Online Safety. The NSPCC regularly report their findings in the media. Apparently children as young as eight are giving out their mobile numbers and home addresses to strangers they meet online. I decided that I would write a book which would show how a teenager from an ordinary home might meet someone online and what the consequences could be if they decided to take things further.

4)    What kind of research did you have to carry out to write about online friends?

I approached a local school to ask if I could have a focus group of girls in this age group. We met over the year of writing the book to discuss how they used social media and how Holly might meet Jay. They made it clear it wouldn’t be over Facebook so I just wrote about messaging – in effect it would be an app like Snapchat. As I created chats between Holly and Jay, I shared them with my group and they said how well it worked for them –“that’s just how we do it” – and also made some great suggestions.
My husband works in child protection and he and his colleague, Steve Harris, gave me a great deal of information. Steve pointed out that if you are chatting all day and half the night on your phone, then in a few days you would feel as though you had known someone for months.
I also had a meeting with someone from the NSPCC and they confirmed that my book was on the right lines and made further suggestions, especially about research sources.
I read dozens of case studies and collected cuttings from newspapers.
Also, I love social media and use What’s App all the time. So I have my own experience of chatting online to friends, as well as Facebook and Twitter.

5)    In what ways did your teaching background help you to write this book?

I taught secondary school students with special needs for many years and so I have a wide range of experience of teens, the issues they have to cope with and which affect their mental health, as well as knowledge about the way teens talk, react, regard relationships etc. I have done an introduction to counselling course and other short courses on teens and emotional issues. All of this experience helped me to write this book.

6)    You have written quite a few books over the last few years, how do you feel your writing has progressed since your first novel?

My confidence as a writer has grown a great deal in the past ten years. I know that I will always complete a manuscript once I commit to an idea and also that my books will find a publisher. I cope much better with rejections – we all get those! – and the general ups and downs of the writer’s life. There is always another goal I would like to achieve; I’m not complacent. But I have just completed my tenth novel; my books are in print and selling and I have come a long way since I published Hidden, my first YA novel.

7)    Do you like to plan each book out in full before you start writing or do you let the plot unfold as you write the first draft?

These are my stages before writing :-
a)    I test out my initial idea with my agent and we agree if I am going to continue. (She has only rejected one idea, so I usually proceed.)
b)    I create my cast of characters and write as much as I can about each one – often writing scenes a few pages long.
c)     I decide on the points of crises and good moments.
d)    I decide on the climax and think about the resolution
e)    If the book needs extensive research I will do some of this first of all and continue as I start to plan out the book.
f)     Then I start writing!

8)    Your novel, Hidden, has now been made into a stage play, how did that come about?

The book was read by Stuart Mullins, Producer/Director ( a friend of a friend) and we met. Stuart said, “You’ve got a hot piece of property there,” and optioned the book for the stage. However, he made it clear this was not a commercial proposal. Stuarts vision was take the play on tour to schools and community centres to open up the conversation about refugees and asylum seekers. As a former teacher, I was delighted. It took two years from the initial meeting but the entire experience was fantastic. The play toured for two months, Autumn 2016, to 16 schools and several small theatres; it opened the Journeys Festival in Portsmouth, ‘ a City of Refuge’ and it also came to my synagogue where there was an audience of around 200. A great success.

9)    What advice would you give to anyone who wants to write a book?

Find a good creative writing class, run by a published author. Be prepared for critique of your work; be open to advice and to editing your work. Aim high; expect a lot from yourself. It’s a long hard road to publication but its worth it, if that is what you really want.
10) Out of the characters you have written, which is your favourite and why?

I have just finished my tenth novel and so there are quite a few to choose from. But I think Alix  - Hidden, Troika Books - is my favourite character. Alix can’t stand injustice in any form and she is prepared to put herself in harm’s way to stand up for what she believes in. I have always believed in speaking out against any injustice, however small.

11) What is your earliest memory of writing?

I was writing as soon as I could pick up a pencil and have been telling stories ever since.

12) If you had one wish for your latest novel, what would it be?

I would like Always Here For You to show young people, teachers, librarians, parents and carers, how quickly someone can meet a stranger online; fall under their influence and become separated from family and friends. 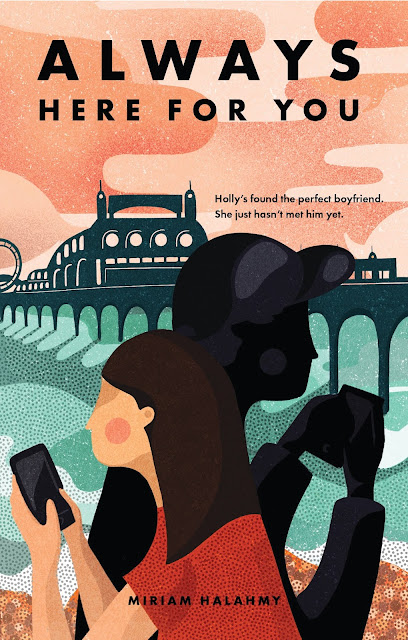