As part of the Burn Mark blog tour, I am really happy to have Laura Powell on the blog discussing possible actors and actresses for the roles in the book, if it were made into either a film or a TV programme.

When I pitched the idea for Burn Mark to my agent, I described it as “Spooks meets The Sopranos plus witchcraft”. So in some ways I find it easier to imagine as a TV series than a film. Either way, I’ve got plenty of ideas about who I’d like to put in it! 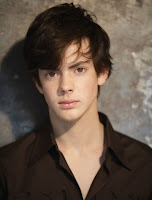 My hero, Lucas, is quite posh. He comes from a grand family of witch-hunters and at the beginning of the story is really quite pleased with himself. Skander Keynes, who played Edmund in the Chronicles of Narnia films, might be a bit old now, but he’d convey the right mix of arrogance, charm and vulnerability.

A young Billie Piper would be great as my heroine Glory, the trailer-trash witch girl with criminal ambitions. Lucas’s dad, the formidable Chief Prosecutor for the Inquisition, would have to be Jason Isaacs, partly because I’ve got a crush on him. Plus he’s got the right icy blue stare.

Speaking of cold stares … I’d cast Eddie Redmayne as Lucas’s nemesis, Gideon Hale, a zealous young inquisitor. Eddie’s good-looking but I also think he’s got what it takes to play a convincing psychopath. 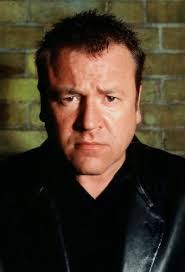 Ray Winstone would be a natural choice for the charming yet brutal mob boss Charlie Morgan. I’m not so sure about casting for his son Troy. It’s important that the Tory actor would have good chemistry with whoever played Glory – the character’s intimidating, and you don’t know his motivations, but he needs to be sexy too. Burn Mark isn’t a traditional fantasy so I’d want a director whose style is gritty and modern. The Inquisition scenes could be filmed somewhere old and grand like the chambers of law in Middle Temple, or possibly an Oxford college, but a lot of the action takes place in run-down East End housing estates.
Finally, I’d demand a cameo role. I just can’t decide what part I’d like to play the most – witch, inquisitor, or gangster’s moll… 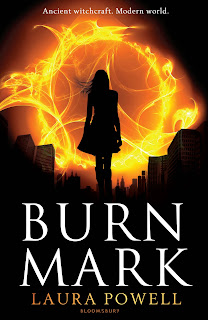 Now this is a series I really want to see. Thank you Laura for writing this. I am sure I am not the only one drooling about this series.
Want to see the book trailer???


If that hasn't teased you enough about the book, please click here to read an extract.
To find out more about Laura Powell:
Twitter: @l_r_powell
Website: http://www.laurapowellauthor.com/
at June 19, 2012