As part of the Witch Crag blog tour, I am pleased to have Kate Cann on today talking about Halloween! 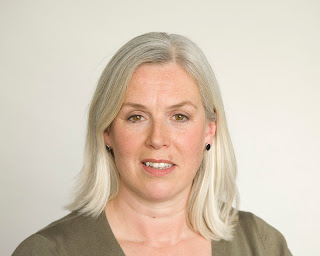 Don’t let anyone tell you that Halloween is a commercial American import. It’s an ancient pagan Celtic festival – it used to be called Samhain – and it was a season, not just a night, celebrated over the last couple of weeks of October. It was a time of getting ready for winter; preparing food for storage; gathering in the animals. Feasts would be held and bonfires lit. It was a time when the veil between the spirit world and ours was believed to be at its thinnest, when ghosts would appear, and runes of the future could be read.


Trick-or-treating existed then, too. Punkies – swede or turnip lanterns – would be set about in trees and hung on gates to scare away evil spirits. Dressing up in weird costumes and rags and smearing soot on your face would confuse anything wicked out to get you. And in this disguise, you went from door to door, threatening mild harm such as hiding a cow or chaining up the gates – unless you were given a treat.


The Christian church created All Hallows’ Day on November 1st in an attempt to pull Samhain’s pagan teeth: the idea was that evil witches and ghouls had a last hurrah before that most holy of days. The church nearly succeeded: back in the 1960s, when I was a child, Halloween had disappeared from middle England. Then my family moved to Scotland, where Halloween still clung on. It had been dwindled down, tidied up, it was decidedly well behaved – but it was still there. 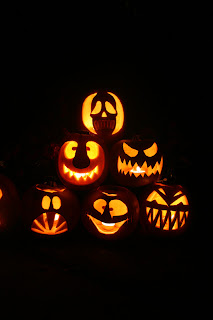 There’s something wonderful and elemental about the way those faint shreds of Halloween survived on the edges of Britain. My imagination thrilled to it all.


Absolutely nothing to do with Halloween was for sale except for black cardboard witches’ hats at Woolworths. I adored them. They had crepe-paper frills and a little gold scrap of a broom-riding witch on the front. Turnip lanterns were laboriously carved, and the children went “guising”. You dressed up, “dis-guised” yourself, and went politely from door to door with your friends, reciting a poem or singing a song for sweets or money.


Nineteenth-century European immigrants took Halloween to America. Then in the 1980s, a rip-roaring, trick-or-treating, grinning-pumpkin tide started to flow back across the Atlantic again. Thank you, America, for revitalizing Halloween and sending it back to us! Nowadays, it’s our form of carnival.


I’m still in thrall to Halloween. The recklessness, the risk, the thrill and the fear – dressing up and going wild and behaving badly for a night. Autumn, and the death and rebirth of nature. Bright falling leaves, owls hooting, bats flying, bonfires at dusk. Scarecrows, ghost stories, candles and longing to see a witch fly past the full moon. They do say there’s no true light without the dark. 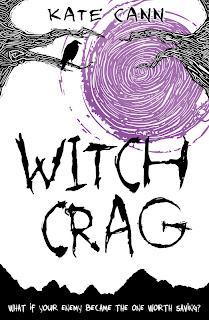 Three other books by Kate Cann are being republished at the same time and have been given these gorgeous new covers. Aren't they gorgeous! All avaialable to buy now.