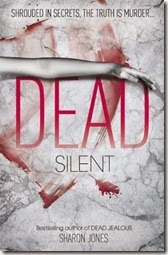 It had to be here.
The soles of his shoes squeaked from marble to wood as he ran between the choir stalls, swinging the torch beam like a whip that could beat back the night.
Published by Orchard in February 2014
Pages - 336
When Poppy Sinclair and her boyfriend visit snowy Cambridge, she doesn't expect to discover the body of a student - arms outstretched in the act of smearing bloody angel wings on the chapel's floor.
Suddenly, Poppy is faced with the possibility that the one closest to her heart might be the one committing the most malicious of crimes.
Dodging porters and police, dreading what she might find, Poppy follows the clues left by a murderer bent on revenge...
Long-hidden secrets are chillingly revealed, an avenging angel seeks forgiveness and red-hot vengeance must be quelled in the amazing new Poppy Sinclair thriller.
*****
I can’t help myself, but I really do love Poppy Sinclair. She really isn’t your average teenager. She overthinks everything and comes from the strangest mix of parents. On one side, she has her mum, who walks firmly on the Pagan side while her estranged father has found his calling within Christianity. Throughout this book, it is intriguing to watch Poppy’s internal struggle between Christianity and Paganism as she tries desperately to sit on the atheist fence, while events occurring around her make it very clear she won’t be able to sit there for long. Something is changing in Poppy and as she grows older it becomes more apparent which latent and unusual skills she has developed.
This book is set in Cambridge during the winter, just before Christmas and I found myself reminiscing fondly my days as a new adult in Cambridge. I felt the author captured the tone and the feel of the academic town and really brought it to life.  I was left with a yearning to revisit.
The prologue sets the scene perfectly and you realise straightaway that Poppy is about to be drawn into another murder mystery. Poppy comes across as the UK’s version of Nancy Drew, but with a few unusual added extras. It doesn’t feel contrived in any way that she is at the centre of a murder investigation again, which was one of the things I was worried about before reading it. She really does have an unfortunate knack of being in the wrong place at the wrong time.
In this book, we learn more about the relationship between Poppy and her father, and discover exactly why it appears to have unravelled so disastrously. We also witness the next step in the relationship between Michael and Poppy, as Poppy stands on the threshold of losing her virginity. I really felt the author dealt with this in an honest and mature way, which would hopefully help other teenagers discuss this situation before rushing into anything they might feel uncomfortable with.
With an array of quirky and colourful characters, I whizzed through the book at great speed, to discover which one was the murderer. And yet again, I was dumbfounded by the truth, after following a line of red herrings.
I thought this was a brilliant second novel, which really establishes Sharon Jones as a crime writing YA author. I really do hope there will be more novels with Poppy Sinclair in the future, as I desperately want to know what happens between Poppy and Michael.
at February 20, 2014