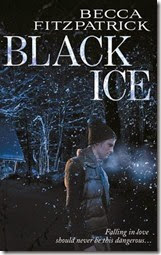 The rusted Chevy pickup truck clanked to a stop, and when Lauren Huntsman’s head thumped the passenger window, it jolted her awake.
Published by Simon and Schuster in October 2014
Pages – 392
Summary
Britt Pfeiffer has never been that adventurous, but that's about to change. Wanting to impress her ex-boyfriend, Britt convinces best friend, Korbie, to take a trekking trip with her. But when a freak storm leaves the girls stranded they seek shelter in a cabin, where they find two knights in shining armour. Or so they think.
Britt quickly realises that the girls need to get off the mountain, fast. In exchange for her life, she is forced to guide the boys down, and as they set out on a harrowing journey through the cold and snow, Britt realises the only way to escape with her life is to pretend she is on their side. But is gorgeous, sexy Mason an enemy or an ally? Tension mounts, and it's only a matter of time before things turn deadly . . .
*****
I honestly feel like I have to defend this book, as after reading it and rating it a five, I realised there wasn’t a lot of love for the story. I was surprised by the amount of people who really disliked it and how many couldn’t finish it.
I have read the other reviews and I could see why people didn’t necessarily gel with the main character, Britt. They believed she was a spoilt brat, but I didn’t see this. Yes, her friend, Korbie, had the spoilt brat image down to a fine art, but Britt, didn’t come across like that. If anything, she was rolling along on Korbie’s money rollercoaster. She was also struggling with her emotional attachment to Calvin and her feelings were continually swaying in different directions.
When considering the theme of the book, I kept thinking it was about being self reliant. Britt starts off by relying on everyone around her to help her. She acts the innocent, highly dependent character perfectly, but as the book progresses you witness the real Britt shining through. No one is about to hold her back, least of all Calvin, Korbie or Jude.
I also felt the book explored friendship quite deeply. This book shows that if you are in competition with the people closest to you, then you are cohabiting in a fake friendship. Friends don’t keep scores on everything you do.
I can’t tell you anything about the plot without giving the story away. All I can say is watch out for Jude, because he is one hell of a character.
This is completely different from Becca Fitzpatrick’s best selling paranormal series, Hush, Hush. It must be difficult for an author to embrace something new, but I think she has done exceptionally well in writing such an intense, romantic thriller.
If I had to have any quibbles about it, I would only have one. It might’ve been nice to have a dual perspective within the story, as sometimes it was difficult being just in Britt’s head when so much was going on around her.
However, I can put my hand on my heart and say I really loved this book. I was glued to the pages from the very beginning. If I had to sum it up in one sentence it would be – Expect the Unexpected!
at September 15, 2014