The Witches Are Coming! 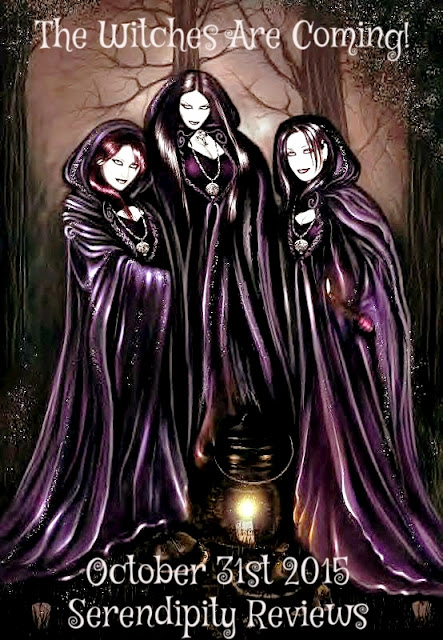 “Where shall we three meet again in thunder, lightning, or in rain? When the hurlyburly 's done, when the battle 's lost and won”

You've picked a good day to join us.
Are you here for the gathering?
You were only looking for candy?
A little bit of harmless trick or treating?
Oh dear.
That's not good.
You really did you pick the wrong house.

You see tonight is All Hallows Eve and the witches are gathering. Three very special witches have been chosen to call the rest of the coven.

Each witch will summon three lost witches,  to join them in a coven of thirteen.
Are you ready for the gathering?
I hope so!
Because once the witches are all in place, there is no knowing what will happen!

Ritual to Call A Lost Witch

"Power of the witches rise
Course unseen across the skies
Come to us who call you near
Come to us and settle here."
Charmed 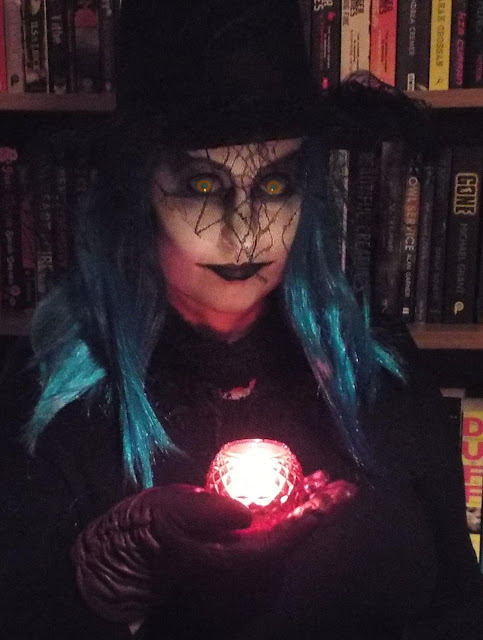 Welcome Kat Ellis, the first witch to join us this Halloween. By day Kat is an author. Her first novel, Black Fin Sky was published earlier this year.  Please present the witches you wish to join us.

Gwen ferch Ellis – first woman hanged as a witch in Wales
In 1594, Gwen was accused of leaving a destructive charm in the house of a man with whom her friend had allegedly been having an affair. During her trial, 7 witnesses also accused Gwen of crimes ranging from invoking insanity in a child to murdering an old man. Gwen, who outlived 2 of her 3 husbands and was described as a ‘vengeful’ sort, was sadly underappreciated in her own time, but would make a wonderful addition to our coven.

Phoebe Halliwell from Charmed
The youngest of The Charmed Ones couldn’t freeze people or toss them across the room like her older sisters, Piper and Prue. Phoebe’s gift of seeing snippets of the future sprang on her at the most inconvenient moments, and was far less kickass than what her sisters could do. So, rather than wallowing as the weakling in the powers-department, Phoebe learned how to kick asses, old-school-style. And when she did develop an active power, she used her levitation to keep on kicking asses from on high. Who wouldn’t want a witch with that kind of moxie in their coven?

The Grand High Witch from Roald Dahl’s The Witches
Travelling from country to country, furthering her cause of exterminating all children, the Grand High Witch was certainly inventive. Why not turn children into mice to be snapped up in mousetraps? Or mince them up into hot dogs to be eaten by their own parents? She also had quite the flair with wigs and make up. With such a creative streak, we would be foolish not to invite her into our coven (especially as she had a machine that printed money!) 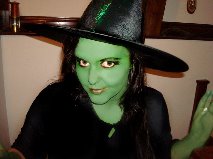 Welcome Dawn Kurtagich, our second witch to join us. Dawn is also the author of Dead House, which was published by Indigo earlier this year. Please present your chosen three witches who you wish to join the coven.

Winifred Sanderson from Hocus Pocus
Winnie Sanderson, the eldest of the three Sanderson sisters, read from her devil’s book as she stood at the hanging post, which is in itself pretty badass, and declared: “My ungodly book speaks to you. On All Hallow's Eve, when the moon is round, a VIRGIN will summon us from under the ground. Oh oh! WE SHALL BE BACK, and the lives of all the children of Salem will be MINE!” She would round out our coven rather nicely with that smooth spell action. Go Winnie!

Lamia from Stardust by Neil Gaiman
Lamia is the main antagonist of the novel Stardust by Neil Gaiman. She is the youngest sister of the three in the Lillim Coven. Her one goal is to capture Yvaine (a star in human form), and eat her heart to regain her youth and beauty. She would definitely have an expiration date if no stars fell from the sky for a while (definite downer), but just look at that attitude!

Moll Dyer 17th Century Witch, and Likely Inspiration behind the Blair Witch.
Moll Dyer Moll Dyer, the legendary witch who lived in Leonardtown in St. Mary’s County, Maryland, was accused of practicing witchcraft and, according to legend, chased from her home by local townsfolk in the dead of a winter night. Her body was found a few days later, partially frozen to a large stone. Today, a stream, a road and a large rock bear her name, and her story likely inspired the plot of the 1999 movie The Blair Witch Project and its sequel. If the legend is anything to go by, she would want revenge on the descendants of her townsfolk, but after that, she’d be a lot of fun! I say, add her to the coven! 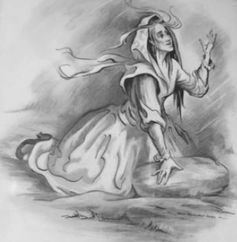 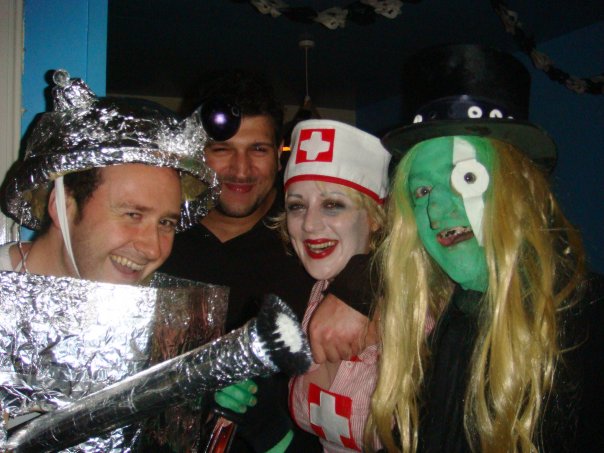 Willow from Buffy the Vampier Slayer
Because DUH. Willow has one of the best character arcs ever in fiction, from sweet timid dork to loved-up lesbian witch to grief-stricken Evil Willow and back again, and all whilst wise-cracking plenty along the way. 10/10 would witch again.

Marie Laveau.
If witchcraft is fascinating, voodoo, to me, is even more so, and Laveau was the original Voodoo Queen, combining her Catholicism with African spirits and beliefs to create her own occult religious mix. She was incredibly powerful, with the city’s elite calling upon her for help in court cases, to combat the yellow fever epidemic, and for many other private matters, and there are contemporary reports of as many as 12,000 spectators watching her perform her legendary rites on St John’s Eve on the shore of Lake Pontchartrain. Also, she had a giant pet snake called Zombi.

Nancy from The Craft.
Okay, if I were being sensible, I would choose Sarah for my coven, since she’s the most powerful of them all and actually manages to stay sane. Nancy is vicious and power-crazy and homicidal. But let’s face it, she has so much charisma she totally steals the film, and is still one of the first people that springs to mind when I think witch. I just better make sure to stay on her good side...

Now that only makes twelve witches, so the coven have gathered together to choose the thirteenth and final witch.

Morgan le Fay
Morgan was a witch of Arthurian legend whose earliest appearance was as a healer on the isle of Avalon. She later found her feet as a proper witch, seducing men including Merlin (“is that a wand in your pocket or are you pleased to see me?”) and Accolon, and as Arthur’s half-sister who hated the knights of the Round Table and, in particular, the insipid Guinevere. She also nicked Excalibur and gave it to Accolon to use against Arthur, and when that didn’t work, she took Excalibur’s scabbard—said to protect Arthur—and threw it in a lake. Sounds like our kind of witch!

And there you have our coven. Thirteen witches who will stand side by side this evening.
Beware! Be warned! Be worried!