Inspire Me with Ambrose Merrell

It's rare to find me here on the weekend, but I have an abundance of amazing posts I need to share with you. Today I have author, Ambrose Merrell on the blog discussing what inspired him to write The Sword That Saves. 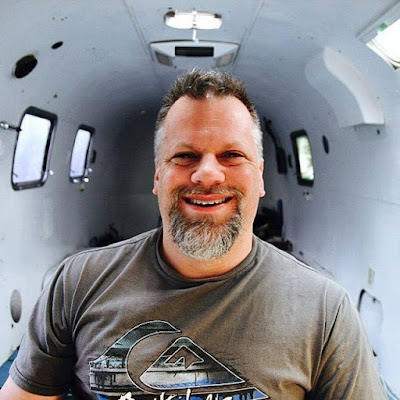 To be absolutely honest, I did not write The Sword That Saves. Yes, I bashed away at the keyboard with my painfully slow, staccato, one-finger typing. But I certainly cannot claim to have conceived the story or really to have had any idea where the story would lead me. As I typed I read this incredible story that unfolded, much as any reader will do.

Where does that whisper come from? Ah, now that is the great mystery. Some people call it the Tao. What is the Tao? No one knows. The first person to write about it, Laotse, in China 2,500 years ago, said:

“The tao that can be spoken of


is not the eternal Tao”

Aikido is a Japanese martial art, also called the Art of Peace. Created in the early 1900’s by Morihei Ueshiba (the inspiration, supposedly, for Yoda’s character) it really opened my eyes to the rich history of Japanese martial arts and samurai warriors. Aikido is about love. It is recognising that no matter how fierce and dreadful your attacker, they are still a human being. Their actions may be evil, but they are not evil. We must be able to defend ourselves against their actions, but treat them with love. It was through my aikido practice that my awareness of myself and others began to grow.
Then a friend gave me a copy of the Tao Te Ching, because of a mention of aikido in the introduction of the copy she had. The Tao Te Ching was written by Laotse. I began to read it over and over, every day. I didn’t understand it but somehow I knew that it held the truth for which I was beginning to search. Slowly but surely my awareness began to grow still further.
Finally, I encountered Reverend Kensho Furuya. He was a Zen priest, an aikido master, an iaido (Japanese swordsmanship) master, and a world expert on samurai swords. He even had a collection of ancient samurai swords, including some of the greatest swords ever made. He wrote a book called Kodo: Ancient Ways that I read. It was filled with wonderful stories about Japanese martial artists from years gone by. It talked about bushido, the Way of the Warrior. I learnt so much, not just about aikido and the martial arts, but about how to live life.
Kensho and I began to exchange emails and we became friends. However, I lived in England and he lived in Los Angeles so it was difficult for us to meet. The years passed by until at last I was due to visit him and meet him face to face in April 2007. But on the 6th March 2007 he suddenly died.

I didn’t write The Sword That Saves; it came through me. No one can say for certain where it came from. But, as I sit in dawn’s stillness, and listen to that whisper, I know. It comes from my friend, Kensho. He is my “inspiration”. 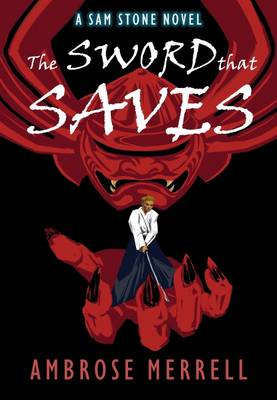 Published by Hornet Books in May 2016

Summary
Life seems pretty rubbish when his parents are killed and Sam Stone is fostered and separated from his two younger sisters. Sam is not prepared to take what life has thrown at him and he sets out to find them. And so begins a journey that will change his world forever... When Sam, Sophie and Zoe find themselves transported back in time, they encounter medieval Japanese warlords and Samurai warriors. Can they learn the ancient skills that will save them before they have to do battle with the evil powers of darkness?

Email ThisBlogThis!Share to TwitterShare to FacebookShare to Pinterest
Labels: ambrose merrell, the sword that saves