A favourite of mine!

Over the last year, I have found that my scrapping has moved away from what I used to scrap. I was forever trying to keep up with the photos I was printing, in order to record my children's every move. Then I stopped for awhile and realised that although I was leaving my children some lovely memories of their childhood, I wasn't actually leaving them anything about me. More often than not, I do not appear in photos, as I am usually the one taking them. So I came to the decision to create an album about me, so when my grandchildren and great grandchildren come along, they will get to know who I was. I think this decision came about through the recent death of my nan, which made me realise that I don't have anything left to show the children what she was actually like, then realised I don't show the real me either.

So here is another layout to be added to the album about me - which looks at my favourite film ever! I have to say I scrap lifted the idea from Annie over at Pretty - she always has such fabulous ideas for layouts. 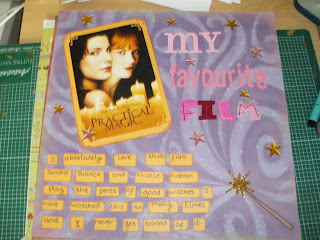 I have no idea who the paper is made by as it seems to have no identification on the back. The lettering used consisted of thickers, Papermania felt letters and Making Memories Velvet Alphabet letters. 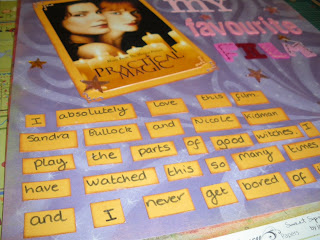 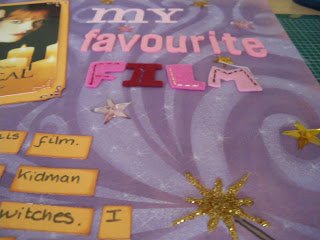 I also wanted to share with you some more books I have been lent. These were lent to me by Alison, who is lucky enough in her job, to receive lots of ARCs - the ones she lent are shown below and all deal with magic and fantasy, which I do like to read. So thanks again Alison, your a star. 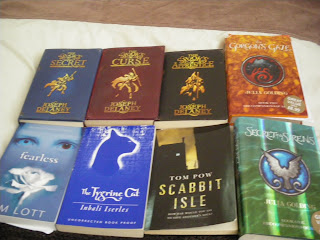 Email ThisBlogThis!Share to TwitterShare to FacebookShare to Pinterest
Labels: Scrapbooking