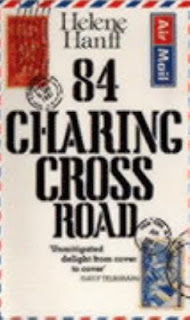 84 Charing Cross Road by Helene Hanff
My first book is another find on Nymeth's site Things That Mean A Lot.

Here is a description of the book from Wikipedia.

84 Charing Cross Road is a 1970 non fiction book by Helen Hanff, later made into a stage play and film, about the twenty-year correspondence between her and Frank Doel, chief buyer of Marks & Co, antiquarian booksellers located at the eponymous address in London, England.
Hanff, in search of obscure classics and British literature titles she had been unable to find in New York City, noticed an ad in the Saturday Review of Literature and first contacted the shop in 1949, and it fell to Doel to fulfill her requests. In time, a long-distance friendship evolved, not only between the two, but between Hanff and other staff members as well, with an exchange of Christmas packages, birthday gifts, and food parcels to compensate for post-World War II food shortages in England. Their letters included discussions about topics as diverse as the sermons of John Donne, how to make Yorkshire Pudding, the Brooklyn Dodgers, and the coronation of Queen Elizabeth II.
Hanff postponed visiting her English friends until too late; Doel died in December 1968 from peritonitis from a burst appendix, and the bookshop eventually closed. Hanff did finally visit Charing Cross Road and the empty but still standing shop in the summer of 1971, a trip recorded in her 1973 book The Duchess of Bloomsbury Street. A circular brass plaque on the building that now stands on the shop's former site acknowledges the story.

I love a book which is made up of a collection of letters. Nymeth also reviewed The Duchess of Bloomsbury Street too, so I think both books will be going on my list. 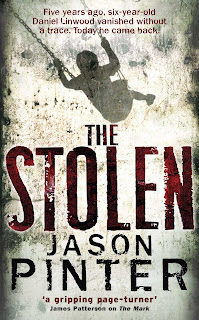 The Stolen by Jason Pinter

An excerpt from this book came with The Waterstones quarterly magazine. I read it and desperately wanted to read it.

Five years ago, Daniel Linwood disappeared from his suburban home. Today, he came back. Five years after he disappeared, young Daniel Linwood returned to his suburban home for dinner as though he'd never left. It's a blessing for both his family and their community. And I've snagged the exclusive interview. But it turns out Daniel is just one of a string of abducted children who have mysteriously returned to their families with no memory of their lost years. Some people want me to leave it be. Some want me to simply let the healing process begin. But these wounds are deeper than anyone realizes. To get the story on these bizarre kidnappings, I need the help of the one woman who owes me nothing. I've got to find answers before another life is snatched away from sight and time and memory. But doing so means we could be the next ones to go...

On the Fantastic Fiction site, it mentions that this is the third book about Henry Parker, however from what I read and the way Waterstones are advertising it, it looks like it can be read on its own. 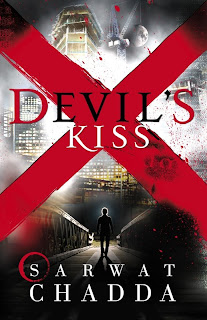 This book is based on the lives of the Knights Templar, who featured rather heavily in Dan Brown's book, The DaVinci Code.

I found this over at Carrie's YA site.

Fifteen-year-old Billi SanGreal never meant to make history. Dragged at the age of ten into the modern-day Knights Templar by her father, the Grandmaster, Billi's the first girl ever to be a Templar warrior. Her life is a rigorous and brutal round of weapons' practice, demon killing and occult lore – and a lot of bruises. But then temptation is placed in Billi's path – an alternative to her isolated life. But temptation brings consequences. In this case – the tenth plague – the death of all first borns and so Billi must choose her destiny. And as she soon discovers, death isn't even the worst . . . 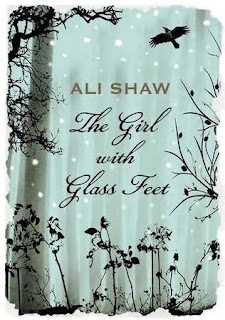 The Girl With Glass Feet by Ali Shaw
Don't you just love this cover?
I found this whilst browsing Amazon and fell in love with it.
Here is the blurb from Amazon.
Strange things are happening on the remote and snowbound archipelago of St Hauda's Land. Unusual winged creatures flit around icy bogland; albino animals hide themselves in the snow-glazed woods; jellyfish glow in the ocean's depths...And Ida MacLaird is slowly turning into glass. A mysterious and frightening alchemical metamorphosis has befallen Ida Maclaird - she is slowly turning into glass, from the feet up. She returns to St Hauda's Land, where she believes the glass first took hold, in search of a cure. Midas Crook is a young loner, who has lived on the islands his entire life. When he meets Ida, something about her sad, defiant spirit pierces his emotional defenses. As Midas helps Ida come to terms with her affliction, she gradually unpicks the knots of his heart, and they begin to fall in love...What they need most is time - and time is slipping away fast. Will they find a way to stave off the spread of the glass? 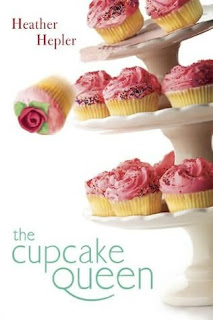 The Cupcake Queen by Heather Hepler.
I couldn't resist this one, as anyone who knows me, knows that I have a love for all things cupcake. I found this over at Carrie's YA blog.
Here is the blurb from Fantastic Fiction.
When her mother moves them from the city to a small town to open up a cupcake bakery, Penny's life isn't what she expected. Her father has stayed behind, and Mom isn't talking about what the future holds for their family. And then there's Charity, the girl who plays mean pranks almost daily. There are also bright spots in Hog's Hollow - like Tally, an expert in Rock Paper Scissors, and Marcus, the boy who is always running on the beach. But just when it looks as though Penny is settling in, her parents ask her to make a choice that will turn everything upside down again

So they are my finds this week, that I really look forward to finding and reading. What did you find?