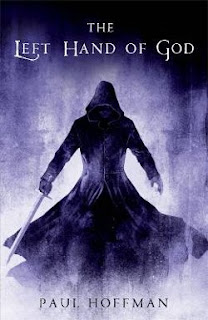 This week's Friday Finds found me on Amazon looking through the tons of new Young Adult books that are hitting the shelves this January. I was absolutely gobsmacked by the new books available and actually purchased three of my Friday Finds without thinking about it. It is so easy to 'Add to Basket' on Amazon and then pay!

From my list below, I have purchased the last three books. Bad girl!

1) The Left Hand of God by Paul Hoffman
The Sanctuary of the Redeemers is a vast and desolate place - a place without joy or hope. Most of its occupants were taken there as boys and for years have endured the brutal regime of the Lord Redeemers whose cruelty and violence have one singular purpose - to serve in the name of the One True Faith.
In one of the Sanctuary's vast and twisting maze of corridors stands a boy. He is perhaps fourteen or fifteen years old - he is not sure and neither is anyone else. He has long-forgotten his real name, but now they call him Thomas Cale. He is strange and secretive, witty and charming, violent and profoundly bloody-minded. He is so used to the cruelty that he seems immune, but soon he will open the wrong door at the wrong time and witness an act so terrible that he will have to leave this place, or die.
His only hope of survival is to escape the arid Scablands to Memphis, a city the opposite of the Sanctuary in every way: breathtakingly beautiful, infinitely Godless, and deeply corrupt.
But the Redeemers want Cale back at any price… not because of the secret he now knows but because of a much more terrifying secret he does not.

I would buy this book for the cover alone. 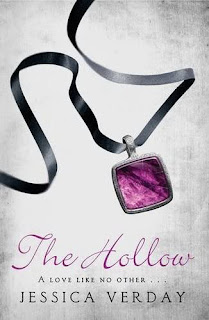 2) The Hollow by Jessica Verday

When Abbey's best friend, Kristen, vanishes at the bridge near Sleepy Hollow Cemetery, everyone else is all too quick to accept that Kristen is dead?and rumors fly that her death was no accident. Abbey goes through the motions of mourning her best friend, but privately, she refuses to believe that Kristen is really gone. Then she meets Caspian, the gorgeous and mysterious boy who shows up out of nowhere at Kristen's funeral, and keeps reappearing in Abbey's life. Caspian clearly has secrets of his own, but he's the only person who makes Abbey feel normal again...but also special. Just when Abbey starts to feel that she might survive all this, she learns a secret that makes her question everything she thought she knew about her best friend. How could Kristen have kept silent about so much? And could this secret have led to her death? As Abbey struggles to understand Kristen's betrayal, she uncovers a frightening truth that nearly unravels her - one that will challenge her emerging love for Caspian, as well as her own sanity.

What a great storyline, who doesn't love The Legend of Sleepy Hollow! 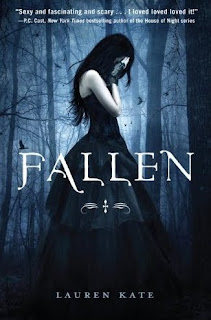 Seventeen-Year-Old Luce is a new student at Sword & Cross, an unwelcoming boarding/reform school in Savannah, Georgia. Luce's boyfriend died under suspicious circumstances, and now she carries the guilt over his death with her as she navigates the unfriendly halls at Sword & Cross, where every student seems to have an unpleasant - even evil - history.It's only when she sees Daniel, a gorgeous fellow student, that Luce feels there's a reason to be here - though she doesn't know what it is. And Daniel's frosty cold demeanor toward her? It's really a protective device that he's used again . . . and again. For Daniel is a fallen angel, doomed to fall in love with the same girl every 17 years . . . and watch her die. And Luce is a fellow immortal, cursed to be reincarnated again and again as a mortal girl who has no idea of who she really is.


I am thinking that angels are the new vampires! 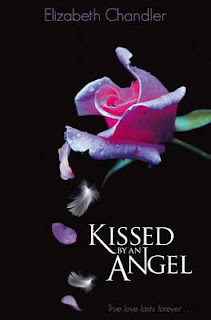 4) Kissed By An Angel by Elizabeth Chandler

Ivy and Tristan are meant to be together. Both stunningly attractive, brilliantly talented and very much in love, they think
their happiness will last forever. When a terrible car accident shatters their world, killing Tristan and injuring Ivy, she must face life alone - or so she thinks. However, Tristan is watching over her as her guardian angel - so close she can feel his touch and hear his voice. And no one needs a guardian angel more than Ivy, because someone is trying to kill her. But if Tristan saves Ivy, his mission on earth will be finished, and he'll have to leave her behind. Will saving Ivy mean losing her forever?


What fabulous finds this week. I can't wait to read the three I have got winging their way to my house. I feel a celestial weekend coming on.

What books did you find this week?