Mine Eyes Have Seen The Glory : The Life of Rosa Parks by Douglas Brinkley 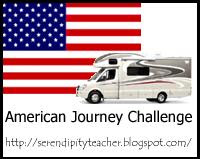 Well, I am still in Alabama and probably will be for a little while longer as I have now found myself caught up in the history of the state. There are some marvellous people who have lived and learnt in Alabama and Rosa Parks stands out as one of the most determined ones at that.

In December 1955 in Montgomery, Alabama, a 42 year old black seamstress called Rosa Parks refused to give up her seat on a segregated bus to a white passenger. Her arrest led to a 381 day boycott of the city bus system by all black people. The boycott was led by a young Baptist minister called Martin Luther King, and is now considered the beginning of the American civil rights movement.
I really have to apologize for my ignorance here, as up until researching through my guide about Alabama, I had never ever heard of Rosa Parks. My daughters who are just ten knew exactly who she was and told me she was the woman who wouldn't move off her seat on the bus, so I am pleased that the English education system has changed it's ways and given a broader view of world history, which did not occur during my education. I cannot help but feel badly about not knowing who she was, when she was such a strong and important woman during the 20th Century. She is renowned as 'America's first lady of courage', a title she so greatly deserves.
This book was written by Douglas Brinkely, who discovered whilst teaching about the great lady, that no biography had ever actually been written about her life. There were some children's books relating to her story, but nothing else, so Brinkley set out to discover the true story of Rosa Parks and was lucky enough to get to spend time with her during times of her ailing health.
I found the book to be utterly fascinating and I thought I would give you a few points of interest from her life story.

There are some memorable lines from the book which I feel I need to share with you too.

'The story of Montgomery is the story of 50,000 Negroes who were willing to substitute tired feet for tired souls and walk the streets of Montgomery until the walls of segregation were finally battered by the forces of justice.' This was a line taken from Martin Luther King's book Strive Toward Freedom.

'Martin Luther King,JR., didn't start the American civil rights movement, but early on his brilliance made him its polestar, and when that guiding light was blotted out in April 1968, those who had looked to it seemed to lose their way in the darkness his death left behind. '

This book not only gives you the life story of Rosa Parks, but it also gives you the historical background and the people involved with the American Civil Rights movement. I had alway presumed that Martin Luther King was the front runner in this race, yet he came into the campaign as an after thought and there were many other fine people who led the way before him.

Rosa Parks was an inspirational woman, yet she came across to everyone who knew her as humble and down to earth. She never revelled in the fame her actions brought her, yet as time passed a lot of people involved in the civil rights movement, began to shun her out of jealousy of her fame. From that point on, she moved away as she could not cope with such ill feeling. She was cast aside for many years and her story was often not included in the accounts of the birth of the American Civil Rights, yet over the past twenty odd years, her story has begun to shine through and she has taken her place next to the other inspirational women of the twentieth century.

Nelson Mandela's visit to America following his release from prison after twenty seven years says it all. Rosa had been missed off the guest list to meet him, yet after pulling a few strings she got the opportunity to be there. When he arrived, Nelson started to chant Rosa's name, tears filling his eyes as he finally met the legend that was Rosa Parks.

I would highly recommend reading this book as it definitely opened my eyes to the history of the American Civil Rights movement. I feel so much better for reading this book, as I realise that in our lifetime there will always be difficulties, there will always be difficulties to overcome, yet with a little bit of faith and a whole lot of positivity, we can achieve the unachievable. Life is there for us to take and grab with both hands and bring about the things our hearts most truly desire.