In the half term, we took the girls to Arundel Castle for the day. Arundel Castle is one of the longest inhabited country houses in England and the present Duke of Norfolk still lives there with his family. In fact, I am convinced I saw the Earl's eldest son walking down to the rooms closed off from the public. 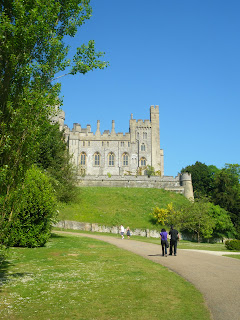 During our visit, we were allowed to see around the grounds and we were also privileged to be allowed into the castle rooms. Unfortunately you cannot take pictures of the rooms, so you will have to make do with the outside. The bedrooms we were allowed to visit are still used for guests of the family today, in fact, they were late opening the rooms as they had had guests the night before. The library was to die for, I would have happily stayed all day in there browsing the book shelves. If ever I have my own library , I want it to look like that one. 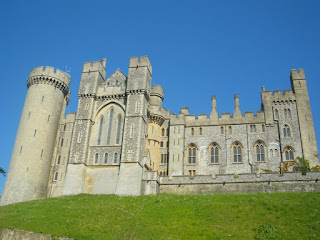 The castle was actually featured in the recent film, 'The Young Victoria', so if you have had the pleasure of seeing it, then most of the rooms featured would have been from Arundel. Queen Victoria and Prince Albert actually stayed in Arundel for three days in December 1846. The Duke of Norfolk at the time, was given a year's notice to the visit and a room with all the furniture made for her visit is still there. There are steps by the bed for Victoria to climb in order to get into bed, as she was very small. 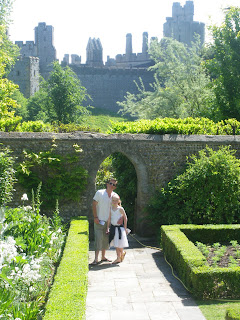 On the 14th May 2008, The Prince of Wales opened The Collector Earl's Garden. I have to say the gardens are the most breathtaking ones I have ever seen. It is a light hearted tribute to Thomas Howard, the 14th Earl of Arundel, who was known as 'The Collector'. 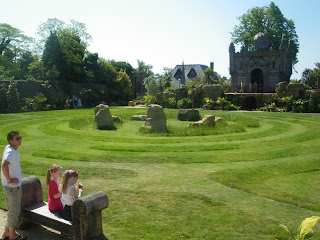 The garden has been conceived as a Jacobean formal garden and is an imaginative re-creation of what the Earl's garden would have been like. 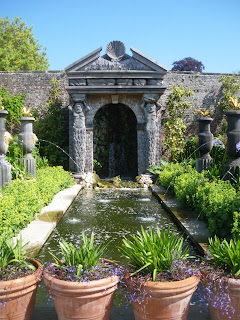 The domed pergola and fountains are based on a portrait painted by Mytens of the Countess of Arundel, where the garden is visible in the background. The original picture hangs in Arundel Castle. 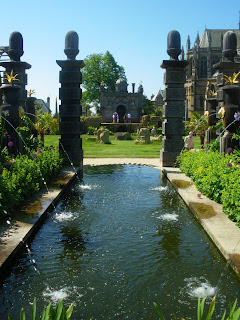 As you look through the pillars, at the back you can see the grand centrepiece of the gardens, which is a rockwork mountain supporting a green oak version of 'Oberon's Palace', a fantastic spectacle designed by Inigo Jones for Prince Henry's Masque in 1611. 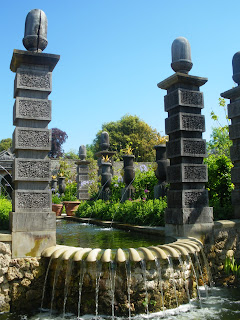 I have never felt so calm and peaceful as I did within these gardens. It was definitely how I imagine the Garden of Eden to be like. It was just beautiful. I could quite happily have settled down on a bench with a good historical novel and glass of chilled wine. 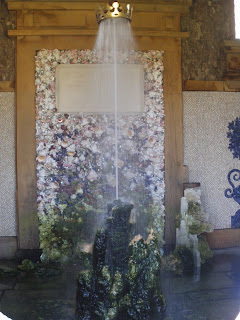 This picture shows the interior of Oberon's Palace. On the back wall, are hundreds of sea shells. The fountain is amazing as it is a guilded coronet dancing freely on top of the water. Look, no strings attached! 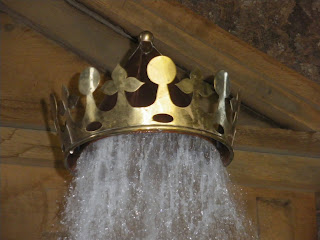 I have to tell you that the information I have given you has been provided by the Arundel Castle promotional leaflet. I was so in awe of the castle and came away a little star struck.
If you ever get to West Sussex, then the castle is a must for a day out. It isn't cheap at £40 for a family of four, but it is definitely worth a visit. I do have other aspects of Arundel Castle to show you, but I will write another post for those at a later date.

I hope you enjoyed your tour of the beautiful gardens at Arundel Castle. 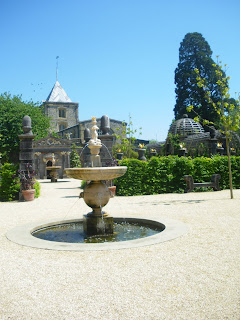 Email ThisBlogThis!Share to TwitterShare to FacebookShare to Pinterest
Labels: arundel, day out, tour