This is my first time joining in with this meme, but I need to share my book wishes. It is cheaper than therapy! 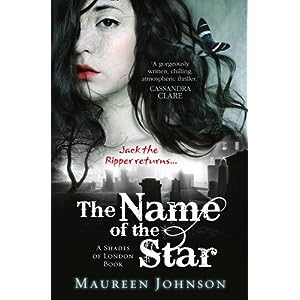 Goodreads Summary
The day Louisiana teenager Rory Deveaux arrives in London marks a memorable occasion. For Rory, it's the start of a new life at a London boarding school. But for many, this will be remembered as the day a series of brutal murders broke out across the city, gruesome crimes mimicking the horrific Jack the Ripper events of more than a century ago.

Soon “Rippermania” takes hold of modern-day London, and the police are left with few leads and no witnesses. Except one. Rory spotted the man police believe to be the prime suspect. But she is the only one who saw him. Even her roommate, who was walking with her at the time, didn't notice the mysterious man. So why can only Rory see him? And more urgently, why has Rory become his next target? In this edge-of-your-seat thriller, full of suspense, humor, and romance, Rory will learn the truth about the secret ghost police of London and discover her own shocking abilities.

The Double Life of Cora Parry by Angela McAllister
Publication Date: 3rd February 2011
Publisher: Orion Childrens
Goodreads Summary
Abandoned to the workhouse after the death of her guardians, Cora Parry refuses to accept her fate. Under the tuition of persuasive street rat Fletch, Cora finds herself reluctantly drawn deep into the Victorian underworld. As she is gradually seduced into a life of crime, Cora creates a persona for herself - Carrie - allowing her to separate her uneasy conscience from her actions. But soon things are spiralling out of control. Carrie is committing acts of crime that Cora knows she can't possibly have done. Where does Carrie end and Cora begin? Who is really in control, and where will it end? An atmospheric page-turner from a talented storyteller.
Don't they both sound really good!
at May 14, 2011