On My Wishlist is a fun weekly event hosted by Book Chick City and runs every Saturday. It's where you can list all the books you desperately want but haven't actually bought yet. They can be old, new or forthcoming.
***********
I can only apologise in advance. I have spent too much time on other people's blogs this week! 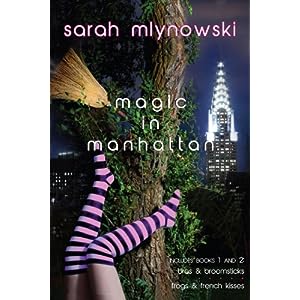 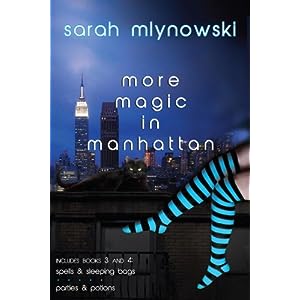 The fabulously talented author Keris Stainton came across these this week and I knew as soon as I saw the covers that I had to have them.  These two books are omnibus editions featuring the four books in Sarah Mylnowski's Magic In Manhattan series. These covers appeal to me much more than the individual book covers as they are more grown up and I won't feel so guilty reading them on a train!These won't be available until May next year but I am craving them already!

Goodreads Summary of first book in the omnibus - Bras and Broomsticks
What if all your wishes could come true? Blink your eyes, drink a fizzing pink potion, and poof! Life is perfect. That’s Rachel’s situation. Except she’s not the one who suddenly has magical powers. Her younger sister is. And as Rachel would tell you, spell books are wasted on the young!
Yes, yes, of course world peace and cures for horrible diseases are important. But so is dancing without looking like she’s being electrocuted, winning back her best friend, stopping her dad’s wedding, and finding a date for Spring Fling.
Rachel’s not bewitched. Yet. . . .
**********

Isn't this just a gorgeous cover?
This book is published by Hodder Children's books and is available to buy now. It is aimed at  the 10+ age bracket, but I want it! I found this one in the school magazine my daughters brought home which is produced by Scholastic. I am looking forward to making some book purchases on behalf of my girls. Hehehe!
Goodreads Summary
Midnight: a mist-haunted wood with a bad reputation. A sweet sixteen party, and 13 year old Nell is trying to keep her sister, spoilt birthday-girl Gwen, out of trouble. No chance. Trouble finds Gwen and drags her through the mist. Only Nell guesses who’s behind the kidnap - the boy she hoped was her friend, the cute but mysterious Evan River.

All those fairy stories Nell’s grandmother told her about girls being stolen by fairy folk are true. The Elven are beautiful as starlight, fierce as wolves, and cold as ice. And they want their world back. The fight has been raging for centuries. Nell’s grandmother should know, she’s a Watcher, the ones responsible for imprisoning the Elven in isolated iron-bound camps in Siberia. Only Evan, his fanatical older brother Fen, and a handful of Elven children are still free.

Fen, hellbent on revenge, keeps Gwen in their wolf-guarded stronghold deep in the mist. The price for her safe return? The release of all the Elven – but the Watchers will never agree. Only Nell can save Gwen.

Time is twisted through the mist: if Nell stops longer than a night and day, a hundred years will hit her as soon as she returns and she’ll be old and withered before she’s even lived. The clock is ticking.
**********

Boarding schools would not normally appeal to me, but I can't help it with this one. I keep thinking of The House of Anubis. I can't remember where I found this one, so apologies if you were blogging about this book this week.  This book is out now and available from Balzer and Bray.
Goodreads Summary
Leena Thomas’s senior year at boarding school begins with a shock: Frost House, her cozy dorm of close friends, has been assigned an unexpected roommate: confrontational, eccentric Celeste Lazar. But while Leena’s anxiety about a threat to her sanctuary proves valid, it becomes less and less clear whether the threat lies with her new roommate, within Leena’s own mind, or within the very nature of Frost House itself. Mysterious happenings in the dorm, an intense triangle between Leena, Celeste, and Celeste’s brother, and the reawakening of childhood fears, all push Leena to take increasingly desperate measures to feel safe. Frost is the story of a haunting. As to whether the demons are supernatural or psychological . . . well, which answer would let you sleep at night?
********** 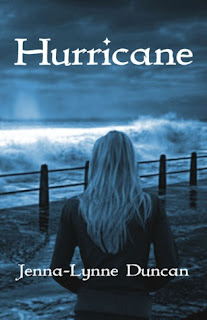 I found this over at a new blog I found called The Book Addicted Girl. I liked the sound of this one as it is the first YA I have come across that deals with Hurricane Katrina. I don't think this has got an English publisher so I might have to get this on import.
Goodreads Summary
Adriana couldn't decide what was worse;that Hurricane Katrina was heading for New Orleans, or that she might not survive her kidnapping to see its potential effects. She had trusted Hayden, even fallen for him, and now he and his brother Luke were taking her deeper and deeper into the Bayou. Why had two of her classmates, the mysterious Boudreaux brothers, kidnapped her? Why had Adriana's dreams started predicting the future? Most importantly, would she make it out of the Bayou alive?
**********
So there you have the new books added to my wish list. I can't wait to see what you have all added to yours.
at September 24, 2011