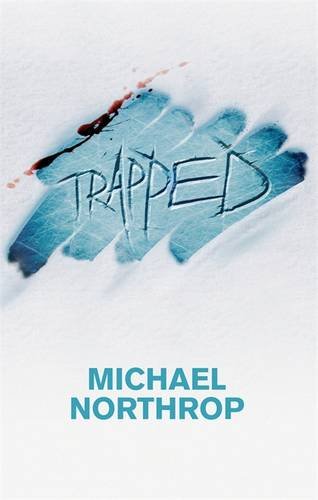 'We were the last seven kids waiting around to get picked up from Tattawa Regional High School. It sounds like an everyday thing, but this wasn't an ordinary day. It was one of those bull's eyes in history, one of those points where everything comes together, where, if you were at that place at that time, you were part of something big. It meant that we weren't going to get picked up, not on that day and maybe not ever.'

Scotty and his friends Pete and Tommy are among the last kids waiting to get picked up at their high school. The snow has been coming down for hours, and it's starting to look like no one is coming for them. As the snow piles higher, their teacher Mr. Gossell leaves them behind to seek help--and disappears into the drifts outside. Now the seven remaining students are on their own, with no food and no electricity, facing a night of sleeping on classroom floors. Will their friendships survive the night . . . and will THEY?


As soon as I realised this book had a group of teenagers locked in a school, my mind raced back to the 80's  to the film 'The Breakfast Club' with Judd Nelson and Molly Ringwald. This story holds the essence of that film and transplants it into a natural disaster. Just imagine being stuck in a school for  a few days with no means of escape!

As the story progresses, you watch kids from the many different cliques become friends. They wouldn't normally talk to each other, but these unfortunate circumstances have brought them together and they have to face the situation head on.  This book is about survival, about facing the elements and making your way through them.
This book will evoke emotion in you. You will feel stifled and suffocated. As you watch the snow rise higher and higher at the beginning of each chapter and feel the desperation from the kids, you feel like you want to open all the windows and doors just to get a  little sunlight and fresh air in. I swear it made me feel extremely uncomfortable. I was desperate for someone to come and save these poor kids.
This isn't a fast book at all, the story builds slowly with each new layer of snow adding  another layer of  difficulty  to their situation. For some reason, before reading it, I had got it into my head that it was going to be a creepy book, but it wasn't at all. I think it might have been the blood on the cover that distracted me a little.
Unfortunately the ending of the book left me wanting more. I was convinced it was going to be a Lord of the Flies kind of situation - you know, surely there would be a murder under such intense situations. I wanted more drama, but it wasn't there.But then perhaps I watch way too many disaster movies! The ending also left me with unanswered questions. Being a mother, I personally wanted to see what happened to each child. I wanted to check in on them and make sure they were OK.
Not to say that I didn't enjoy the book, because I did. I think it really shows how teenagers spend most of their teenage life trying to find where they fit into the intricate society of high school. You get to see how they learn to accept each other for who they are and what they stand for.
If you want a read that will make you wary during snow storms, then this will definitely fit your need.
at December 01, 2011